Renault's Esteban Ocon retired after from Sunday's Styrian Grand Prix after just 26 laps, the victim of the same overheating issue that had sidelined Daniel Ricciardo a week earlier in Austria.

Ocon was in the midst of a good top-ten scrap with Ricciardo when he was sidelined by the cooling issue.

The team's subsequent investigation concluded that the problem was a repeat of the issue that had forced Ricciardo into retirement in the Austrian Grand Prix, when a small radiator crack led to a sudden loss of water pressure.

In between the two rounds at the Red Bull Ring, Renault sent its batch of radiators back to Enstone for a thorough inspection.

The components were given the all clear, leading the team to believe that it would be fine for the Styrian Grand Prix. Obviously it was not, and team boss Cyril Abiteboul considered Renault's costly lack of reliability "unacceptable".

"Lots of emotions after a weekend like this one," said the Frenchman.

"We had good emotions after qualifying yesterday with both cars reaching Q3 and Esteban who showed a very strong pace in extreme conditions, demonstrating his outstanding driving skills in his second qualifying with us.

"Today, the emotions were much more painful after another retirement for one of our cars caused by exactly the same issue as last weekend.

"We had put lots of effort to return, examine the parts in Enstone, and send it back to the track, but clearly there is something that we missed.

"This poor level of reliability is, obviously, not acceptable in a field that is so tight." 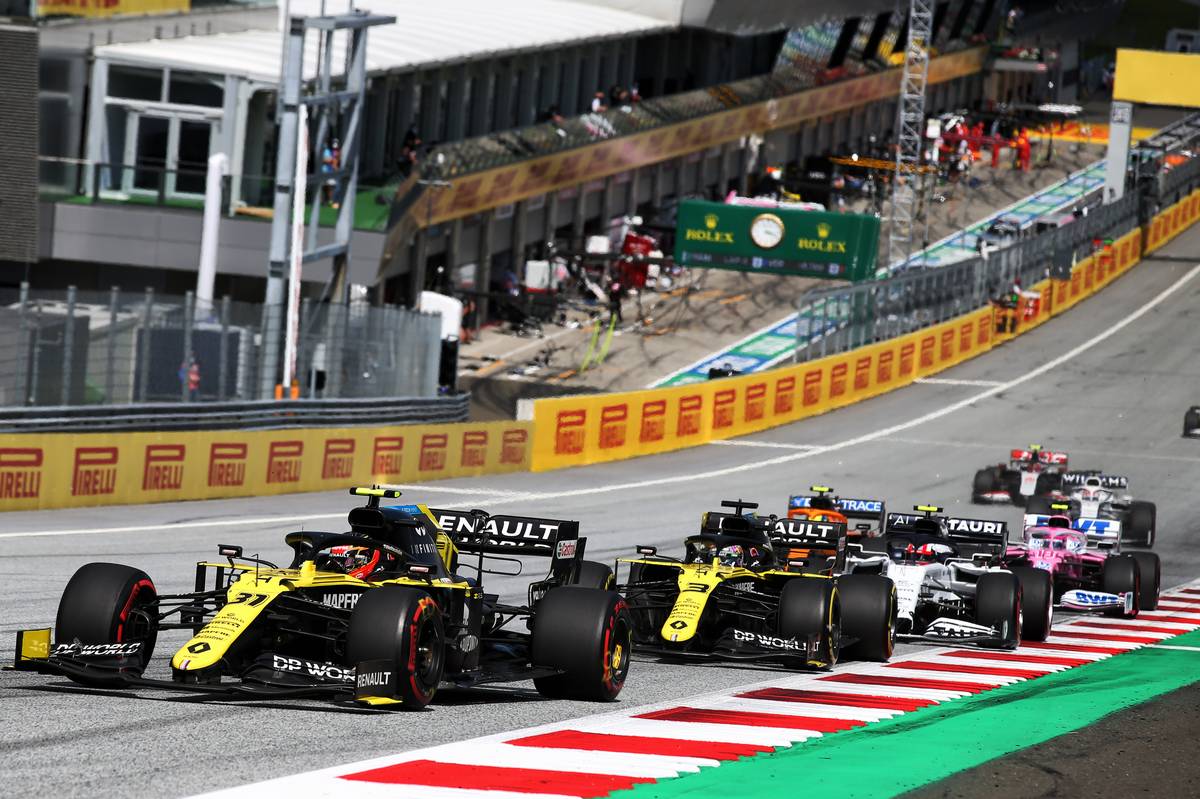 Ocon accepted the set back but rued a missed opportunity to tag on more points after his P8 finish the weekend before.

"These things happen in motorsport, but we know we had a great opportunity today and it’s a shame where we were running to retire the car," he said.

"Hopefully it won’t happen again this year. It was good to have some fun with Daniel; we were both on different strategies and I think he had a bit more on tyres.

"We looked on for a good team result, so it’s a shame what happened. We have another opportunity next week to score some points."

Russell apologized to team for 'messed up start' to Styrian GP