Eddie Jordan says Sebastian Vettel would be a "huge prize" for any team, yet the former team owner says he probably wouldn't employ the German and risk destroying Racing Point's "good rhythm".

Vettel will depart Ferrari at the end of the current season and the four-time world champion's options for 2020 appear to be split between a lavish retreat or a bold move to Racing Point, or Aston Martin Racing a it will be called next year.

A large part of the Silverstone-based outfit's DNA was sourced from Jordan's original team that raced in F1 with the Irishman at the helm from 1991 to 2005.

So the flamboyant team owner turned TV pundit naturally has an opinion on the swirling speculation surrounding Racing Point and Vettel.

"I got my best results, if you like, my first ever win was with Damon Hill, and he was bordering on retiring age…

"So for sure, four times world champion, Vettel is a huge prize for any team. But would you destroy the team that has Sergio, plus income, plus money, and a good rhythm inside the team?"

At 33, Vettel is two years younger than arch-rival Lewis Hamilton. But Jordan believes the years are starting to weigh on the F1 veteran.

"Can he rekindle a kind of sparkle and a fire and the enthusiasm and the charisma that he had? It’s going to be difficult at his age," argues Jordan.

"Would I employ him? Probably not, because I think there’s far, far too many young kids coming through. 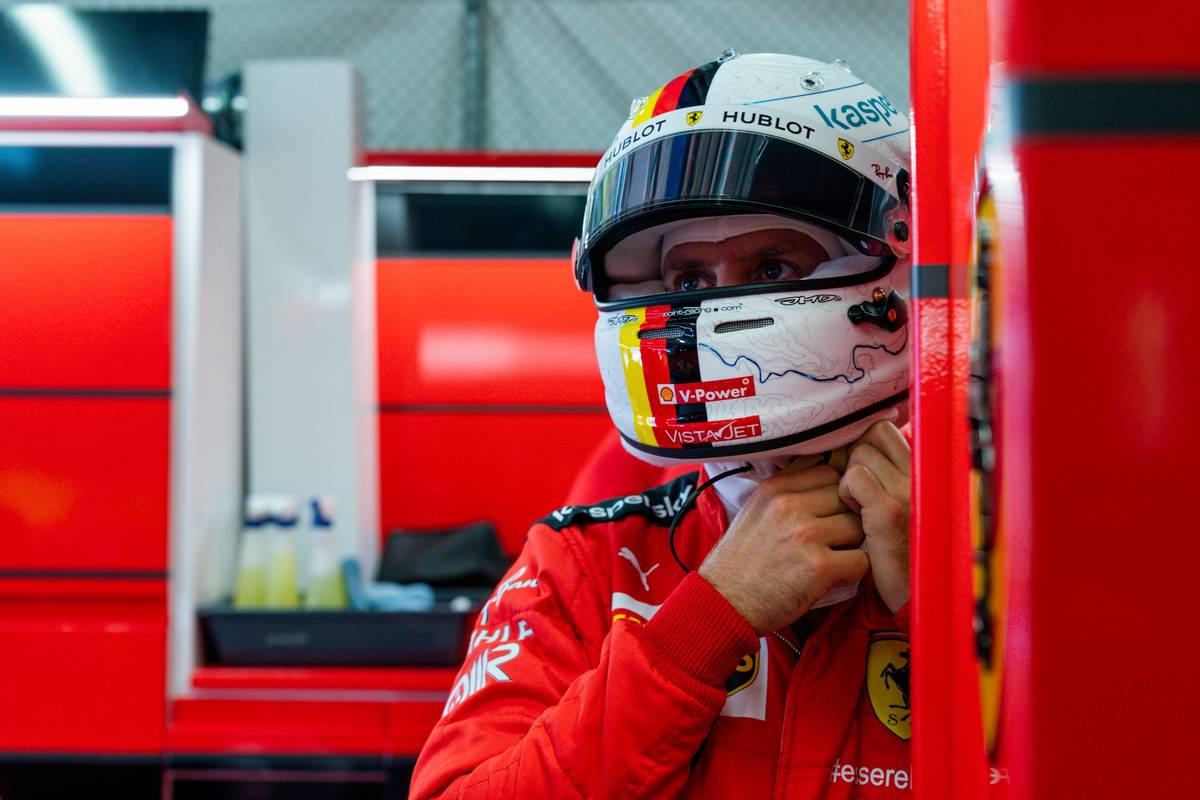 "One year ago, very few people would have given much credibility to the fact that Charles Leclerc would have completely destroyed him in many respects in his first year, but yet he did, and Charles will go on, probably, to be number one at Ferrari for a considerable time.

"Are you telling me, in a similar car that [Vettel] could fight toe-to-toe with Lewis Hamilton?

"At the moment, psychologically, he can’t even do that with Charles Leclerc. Can he do it with Lewis? I don’t think so, and that is the way that I would look at it if I was the boss of the team."

Racing Point is slowly but surely moving up the pecking order, even threatening to dislodge Ferrari as a genuine front-runner alongside Mercedes and Red Bull.

The car's legality is currently up for debate, at the behest of Renault. But Jordan says the scrutiny is a good thing. "If I was Racing Point, I’d be really quite pleased and I’ll tell you why: because when people go out of their way to protest you, they’re clearly concerned about you," said Jordan.

"The legal side, whether it is legal or isn’t legal, is certainly beyond me. I’m not a steward and I’m certainly not a technical judge, and it will come out and emerge in the fullness of time.

"I’d be surprised if they actually involved themselves in skulduggery where there was actually a blatant cheat or breaking the rules.

"I just don’t see that, it’s not something in their make-up as far as I’m concerned, and this could be a little bit of sour grapes on behalf of some of the teams."