It makes it three-in-a-row for yesterday's winner da Costa, who also clinched the last race that took place in Marrakesh just before the coronavirus shutdown all the way back in March, and extends his massive lead in the drivers championship.

Although he was kept honest throughout by eDAMS' Sébastien Buemi, the Portuguese looked unstoppable during the race and the win never in doubt. Earlier in the day da Costa had also dominated qualifying, completing superpole with four tenths in hand over Buemi.

Mahindra Racing's Alex Lynn started the race from third place. He shared the second row of the grid with Mercedes' Nyck de Vries, whose team mate Stoffel Vandoorne missed out on superpole and ended up starting from 13th place on the grid with a lot of work to do to keep his title hopes alive.

When the lights went out, a clean start saw da Costa and Buemi quickly break away at the front while Lynn and de Vries were distracted by a pitched battle over third place which ended up going the rookie's way.

Soon after, Lynn ended up succumbing to passes from both Envision Virgin Racing's Robin Frijns and Audi's Lucas di Grassi which relegated the Briton to sixth place ahead of eDAMS' Oliver Rowland.

Lynn then tried to activate attack mode, but missed the sensors which cost him even more positions dropping behind Rowland and Bird in the second Virgin. His second attempt was more successful but by this point he had dropped out of the top ten.

BMW Andretti's Maximilian Gunther had initially made good progress and gained multiple positions, but then suffered damage to his front wing and suspension that left him limping back to pit lane for repairs. Left a lap down, he eventually retired on lap 27.

Two brief full course yellow periods for debris on the start-finish straight saw de Vries lose out at the restarts, dropping positions to Frijns and di Grassi. De Vries then suffered big lock-up in the the hairpin after which he was lacking drive, finally grinding to a halt on track triggering another full course yellow while he helped the marshals push the stricken car behind the barrier. 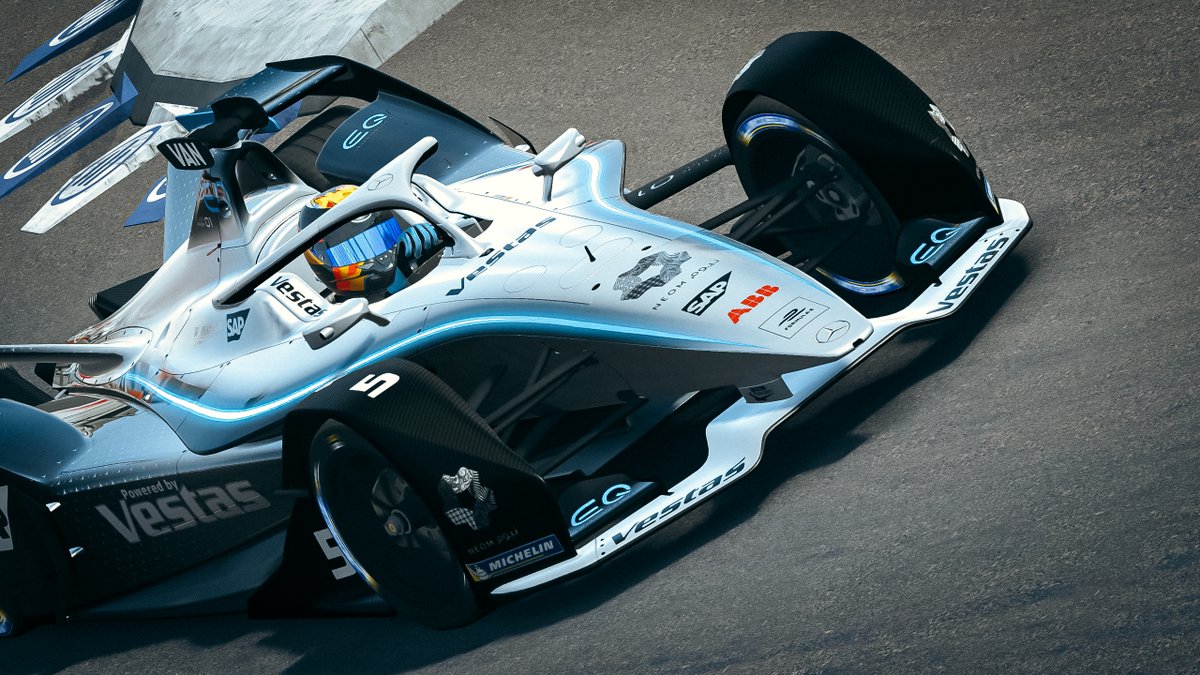 Once the race resumed, Vandoorne put his attack mode to excellent use to move into the top five, including a superb three-wide moment when he passed both Bird and Rowland in a single sweeping move through turn 6.

However there was seemingly no way for anyone to catch the race leader. Da Costa succeeded in pulling out over three seconds over Buemi with ten minutes remaining, and managed the gap from there to the line.

Frijns and di Grassi continued to go back and forth over the remaining podium position, with Vandoorne watching their battle closely for the hint of any opportunity to make his own move. Eventually di Grassi secured third with Frijns successfully fending off Vandoorne to the finish.

By the closing laps, Bird had lost sight of Vandoorne ahead but remained in sixth place followed by Rowland and reigning champion Jean-Eric Vergne. However the handling of the DS Techeetah deteriorated in the final laps so that with less than five minutes to go he lost places to both Venturi's Edoardo Mortara and Porsche's Andre Lotterer, leaving him in tenth place.

Lynn finished the race in 11th ahead of Jaguar's Mitch Evans, who was followed by Audi's René Rast despite the German having been forced to start from pit lane after the team worked on the car following practice.

Today's victory puts da Costa on 125 points, 68 points ahead of di Grassi and Vandoorne with Evans one point further back. Four races remain in the disrupted 2019/20 season. With a rest day on Friday, the next e-Prix will be held on Saturday afternoon.