Maximilian Guenther pulled out all the stops to fend off Robin Frijns in Saturday's third Formula E race at Berlin's Tempelhof Airport.

The BMW iAndretti racer first gained an upper hand on poleman Jean-Eric Vergne before duking it out with Envision Virgin's Frijns and securing his second win of the 2019-20 season.

Vergne charged ahead at the start but was quickly caught by Guenther, the two drivers trading places as they exploited their two mandatory attack mode periods.

The race in the midfield was disrupted on lap 11 by a multi-car crash, sparked by a Sergio Sette Camara who attempted to defend his position from Alexander Sims by braking late into the tight Turn 9.

But the Dragon driver then clouted Jaguar's James Calado. A drivetrain failure on Sette Carmara's car left the Brazilian stranded in the middle of the track, an obstacle that Jani could not avoid, the pile-up bringing out the Safety Car. 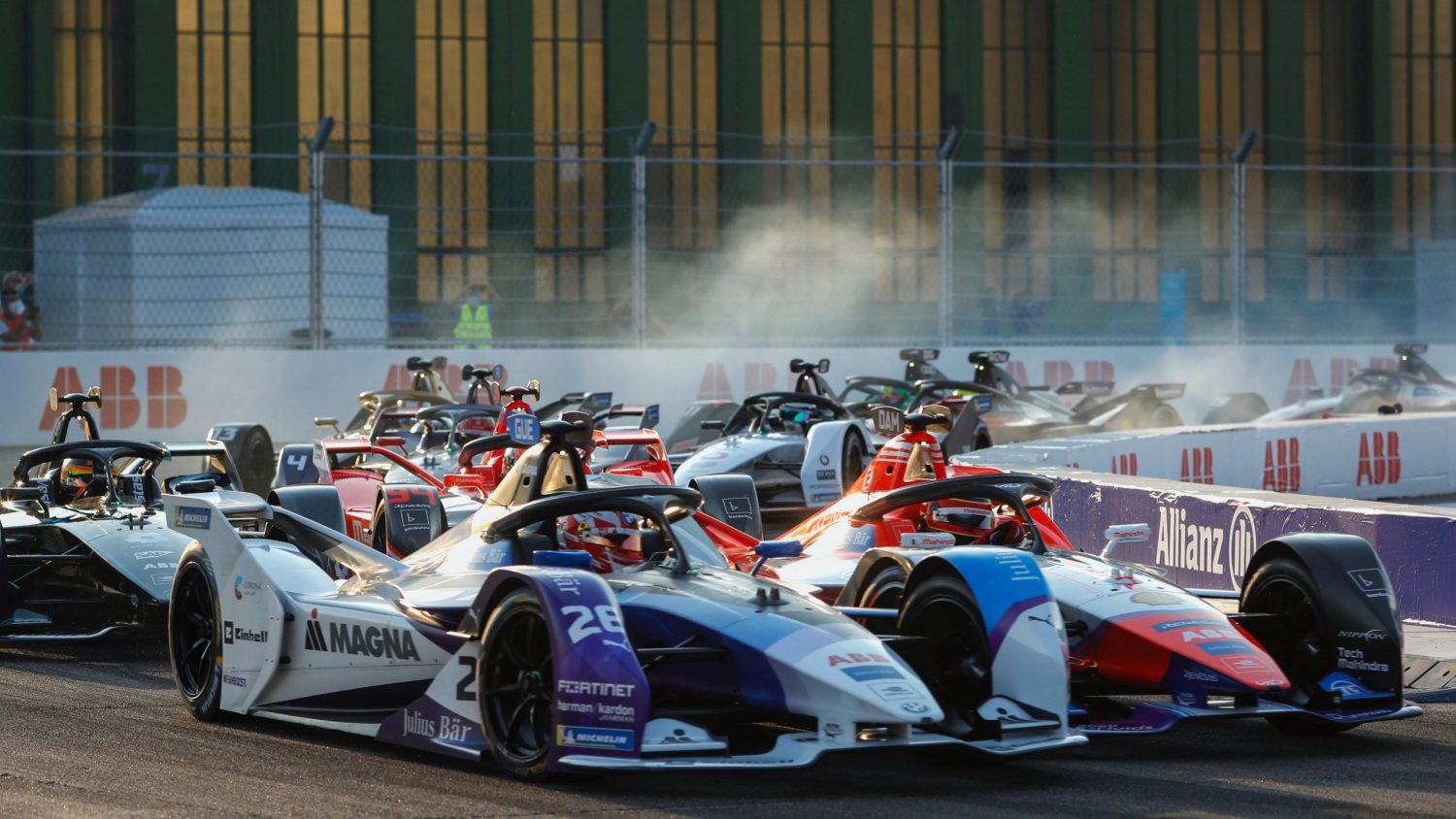 Vergne and Guenther resumed their battle when the track went green, but as the race reached its closing stages the latter gained a brief edge over his rival on the exit of Turn 1.

Vergne regained the lead however while Frijns was fast approaching from behind, hooking up with his rivals at the very end while Vergne eventually dropped back and lost contact with the front-runners.

The DS Techeetah driver nevertheless protected his spot on the podium from series leader Antonio Felix da Costa and Porsche's André Lotterer who rounded off the top five. 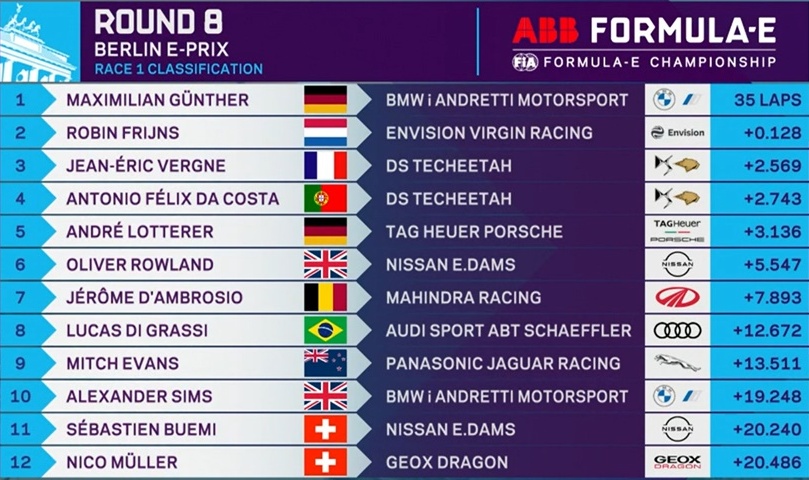