Nissan e.dams' Oliver Rowland took a lights-to-flag win in Formula E's penultimate round and the first race of a double-header finale at Berlin's Tempelhof Airport.

After a misstep in qualifying left several of the series' usual frontrunners out of position and Rowland on pole, the Briton led the early evening's proceedings from Envision Virgin's Robin Frijns around an extended layout at Templehof.

Frijns was never far behind the race winner but ultimately crossed the finish line 1.9s adrift.

The third man to step up on to the podium - for the very first time in FE - was Team Abt's René Rast who along with Porsche's André Lotterer provided some thrilling entertainment in the race's final lap as the pair pulled out the stops and banged wheels.

However, the fierce battle was frowned upon by the stewards who planned on investigating the spat.

Venturi's Edoardo Mortara captured 8th, edging Mercedes Stoffel Vandoorne and Nissan e.dams Sébastien Buemi, with both drivers also fighting their through the field, respectively from 18th and 23rd on the grid.

Newly crowned Formula E champion, DS Techeetah's Antonio Felix da Costa had also put in a spirited drive from the rear only to retire with the end in sight. 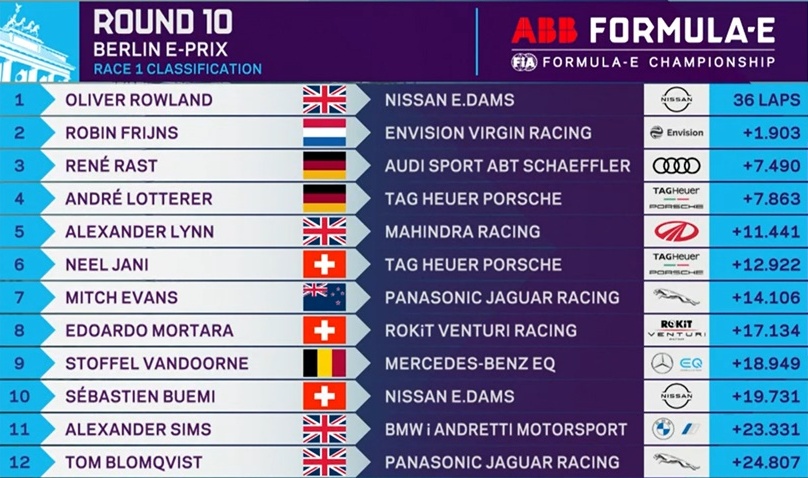 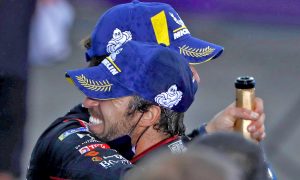 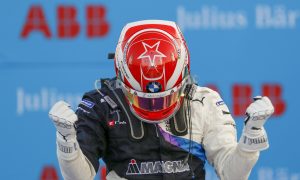