Lewis Hamilton once again proved himself master of qualifying after pipping Mercedes team mate Valtteri Bottas to pole position for the Tuscan Grand Prix by the narrowest of margins.

Hamilton was just 0.059s quicker than Bottas, with both drivers comfortably ahead of Max Verstappen who will share the second row of the grid with his Red Bull partner Alex Albon.

After dire times at Spa and Monza, Charles Leclerc pulled off a welcome revival for Ferrari with fifth place ahead of Racing Point's Sergio Perez and Lance Stroll, although Sebastian Vettel was only 14th quickest.

McLaren's Lando Norris missed the cut at the end of Q2 and will start from 11th place on the grid, while Italian GP winner Pierre Gasly was a surprise elimination in 16th at the end of the first round. 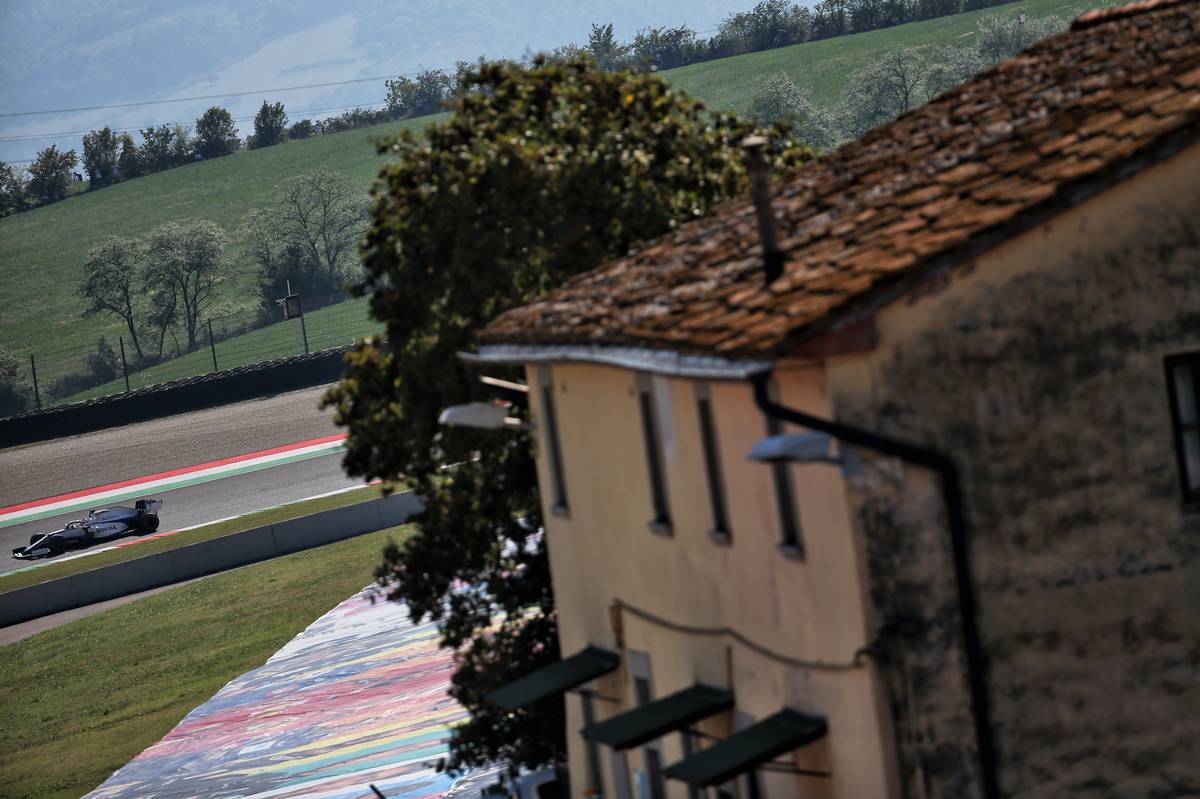 A gorgeous Saturday afternoon in Tuscany greeted the 20 drivers as they headed out on track for the first round of qualifying. First to break cover was George Russell after the Williams had been sidelined in morning practice with brake-by-wire issues. His first run was a tenth slower than his team mate Nicholas Latifi's 1:17.924s.

Racing Point pair Lance Stroll and Sergio Perez briefly topped the timesheets before Mercedes took over at the top. Valtteri Bottas continued his impressive run of performances this weekend with a lap of 1:15.749s, just 0.029s faster than Lewis Hamilton and a full half a second quicker than Red Bull's Max Verstappen.

Russell improved his time with his second run, but that still left him mired him in the drop zone in 18th ahead of the two Haas cars of Romain Grosjean and Kevin Magnussen. Also at risk was Alfa Romeo's Kimi Raikkonen's and last week's race winner Pierre Gasly, with McLaren's Lando Norris on the bubble after losing a lot of track time with his accident in FP2 on Friday afternoon.

With the clock counting down to to the end of the first round, all but Bottas, Verstappen and Stroll were back out for one final push in Q1. Russell improved to 12th place on this final run despite a mistake in the second sector, but subsequently drivers including Raikkonen and Norris were able to successfully improve their times, pushing Russell straight back into the bottom five at the chequered flag.

A big shock of the opening stage of qualifying was Gasly missing the cut. Along with the AlphaTauri and Russell, also sidelined at the end of Q1 was Alfa Romeo's Antonio Giovinazzi as well as Latifi and Magnussen. Ferrari's Sebastian Vettel just managed to survived in 15th. 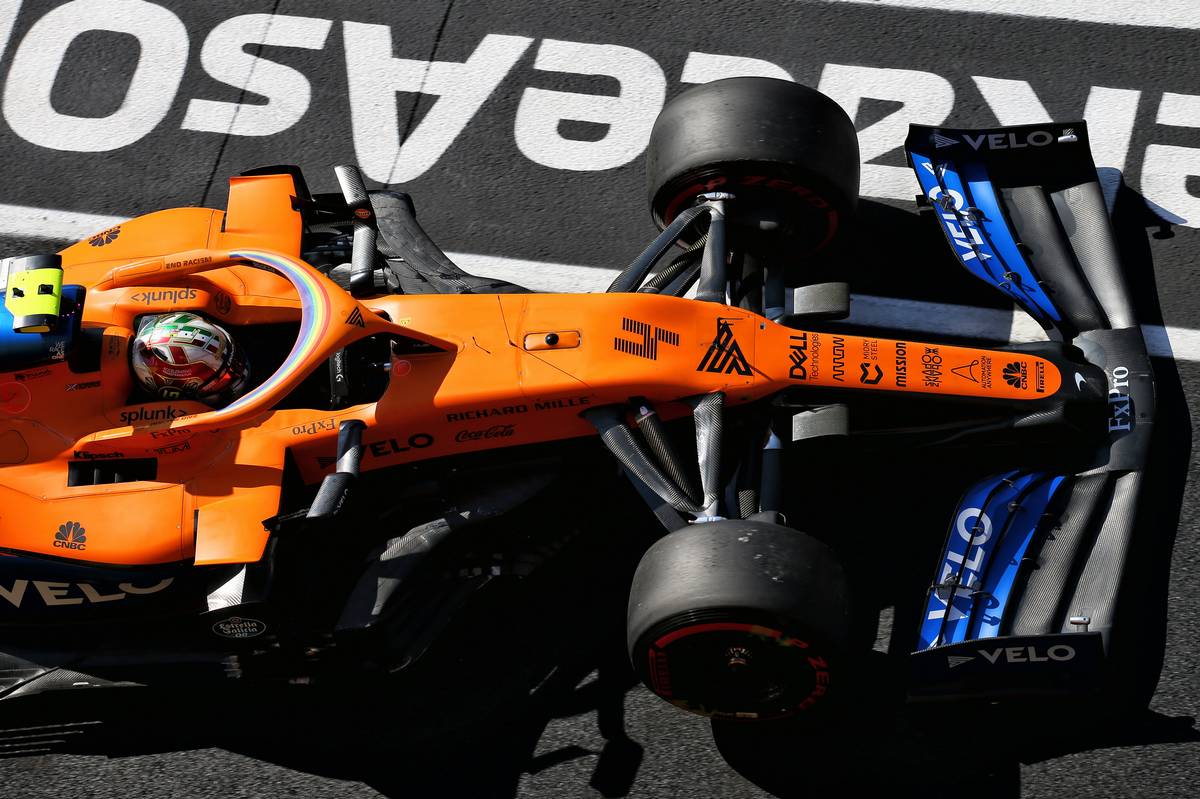 Bottas and Hamilton were among the first cars to head back out for the second round, and the soft compound was the universal tyre compound of choice. Hamilton set the initial pace with a lap of 1:15.309s, 0.013s quicker than Bottas for the first time this weekend. Verstappen was less than two tenths back, followed by his team mate Alex Albon.

Renault's Daniel Ricciardo was also finding some 'pretty decent' pace for fifth ahead of Stroll, pushing Charles Leclerc to seventh in the Ferrari followed by Esteban Ocon, Sergio Perez and Lando Norris. On the wrong side of the cut after the first run was Daniil Kvyat along with Carlos Sainz, Sebastian Vettel, Romain Grosjean and Kimi Raikkonen,

There was still time for the drivers to take on fresh tyres and head back out for a final push. Leading the way where the two Racing Point cars, followed by the Ferraris of Vettel and Leclerc. With the exception of the top five, the rest of the field were also soon rousing themselves for the last run of Q2.

Raikkonen found a little extra time on his lap to move ahead of Vettel, but neither driver was able to break out of the drop zone. Sainz also improved, and in the Spaniard's case it was by just enough to put him into the top ten ahead of his McLaren team mate, meaning that Norris was pushed out and eliminated along with Kvyat, Raikkonen, Vettel and Grosjean. 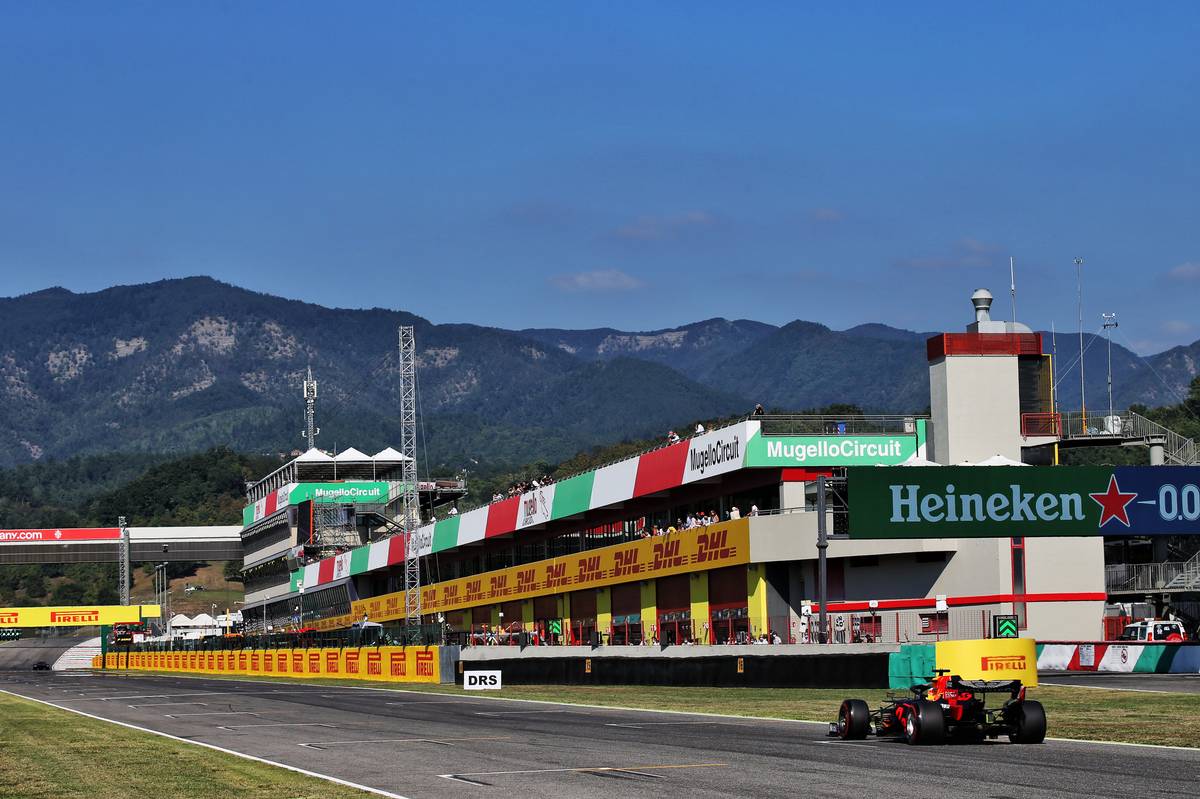 It was a measured start to the final pole shoot-out round with Sainz and Stroll among the first to make their runs. Hamilton then set the quickest time of 1:15.144s for provisional pole, bettering Bottas by a wafter thin 0.059s.

Verstappen was four tenths back with Albon next best by the same amount again. Stroll, Ricciardo, Leclerc and Sainz were all more than a second off the pace of the Silver Arrows, with Perez and Ocon having decided to initially hold back in the garage.

With five minutes to go, Perez came out onto a clear track to post the fifth fastest time to go ahead of Stroll. Job down, he returned to pit lane and left the stage for the other drivers to put in one last run. Hamilton struggled for rear grip in the first sector, and despite a purple second sector he was unable to improve his time while Leclerc had more luck and edged up to fifth place.

The rest of the field were handicapped by Esteban Ocon running wide and dapping his rear left into the gravel at turn 3, spinning the Renault and bringing out a local yellow that prevented drivers from putting in improved time. It meant that Bottas had to settle for the runners-up spot ahead of an all-Red Bull second row.

Leclerc held on to fifth place ahead of Perez and Stroll, followed by Ricciardo and Sainz with Ocon tenth after failing to set a time in Q3.