Red Bull team boss Christian Horner says Mercedes' neglect of the rules in Sochi could show that complacency is slipping into the mighty German outfit.

Lewis Hamilton was handed a 10-second penalty in the Russian Grand Prix while Mercedes was fined €25,000 for allowing the six-time world champion to conduct his practice starts out of the designated area.

It was the second time in three races that Hamilton and Mercedes have fallen foul of the regulations, with the Briton losing out on big points and perhaps a race win in the Italian Grand Prix at Monza for entering the pitlane when it was under a red light regimen.

Horner says the mishaps could point to a chunk in Mercedes armour that Red Bull can exploit. 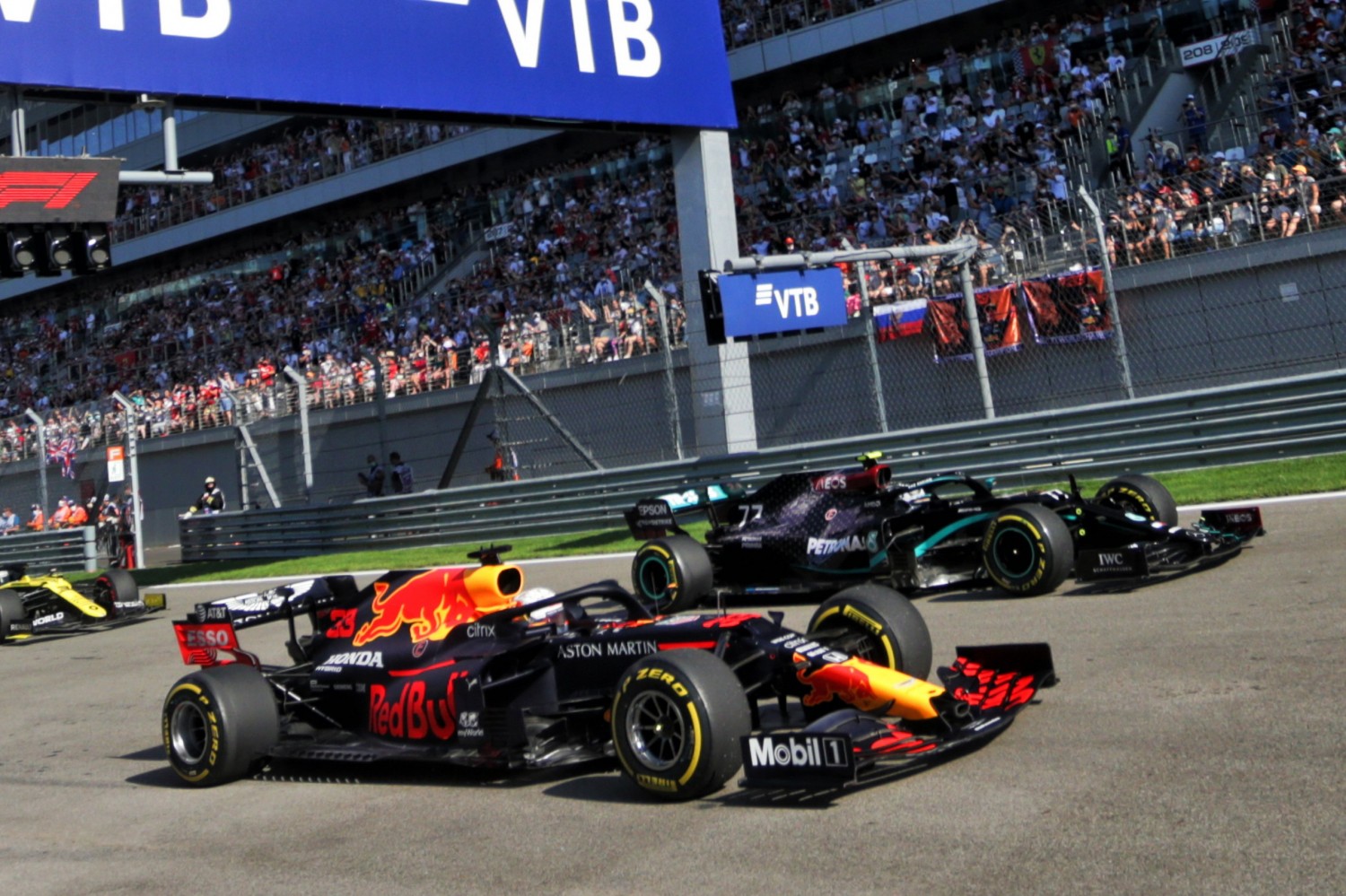 "That’s why we desperately would like to get a car to challenge them, because I think operationally, we have a very strong team," Horner said in Sochi, where Max Verstappen finished second behind Valtteri Bottas.

"We demonstrated that again by having the fastest pit-stop and if we didn’t break the record, we were certainly very, very close to it.

"They [Mercedes] obviously have had some issues and when you’re constantly at the front, it’s easier sometimes to be the challenger team.

"Sometimes complacency can slip in when you’ve had such a period of dominance."

While Red Bull is ready to pounce on any weakness displayed by Mercedes, the Milton Keynes team will likely remain in the wake of the Brackley squad for the foreseeable future, including in 2021 insists Horner.

"I think 2022 is the big opportunity," he said. "I think 2021, when you consider the DNA of these cars is carried over, then there are a lot of carry over parts.

"But that doesn't mean to say that we cannot unlock more potentially from our car and develop the car effectively. I think we can close that gap."