Daniel Ricciardo and Renault boss Cyril Abiteboul will be heading to a tattoo parlor next week to get inked as a result of the Aussie's podium finish in Sunday's Eifel Grand Prix.

Earlier this season, the two men sealed a bet to get matching tattoos if ever Ricciardo delivered a top-three finish to Renault, and that day of reckoning has now arrived.

Ricciardo will have first pick for the mark while Abiteboul will get to choose where it will be stamped.

"It’s gonna happen," said an ecstatic Ricciardo. "We'll have to do some thinking now, probably something to do with me but with a German flavour!

"This is obviously the place we did it, so a little tip of the hat to something traditional in Germany as well." 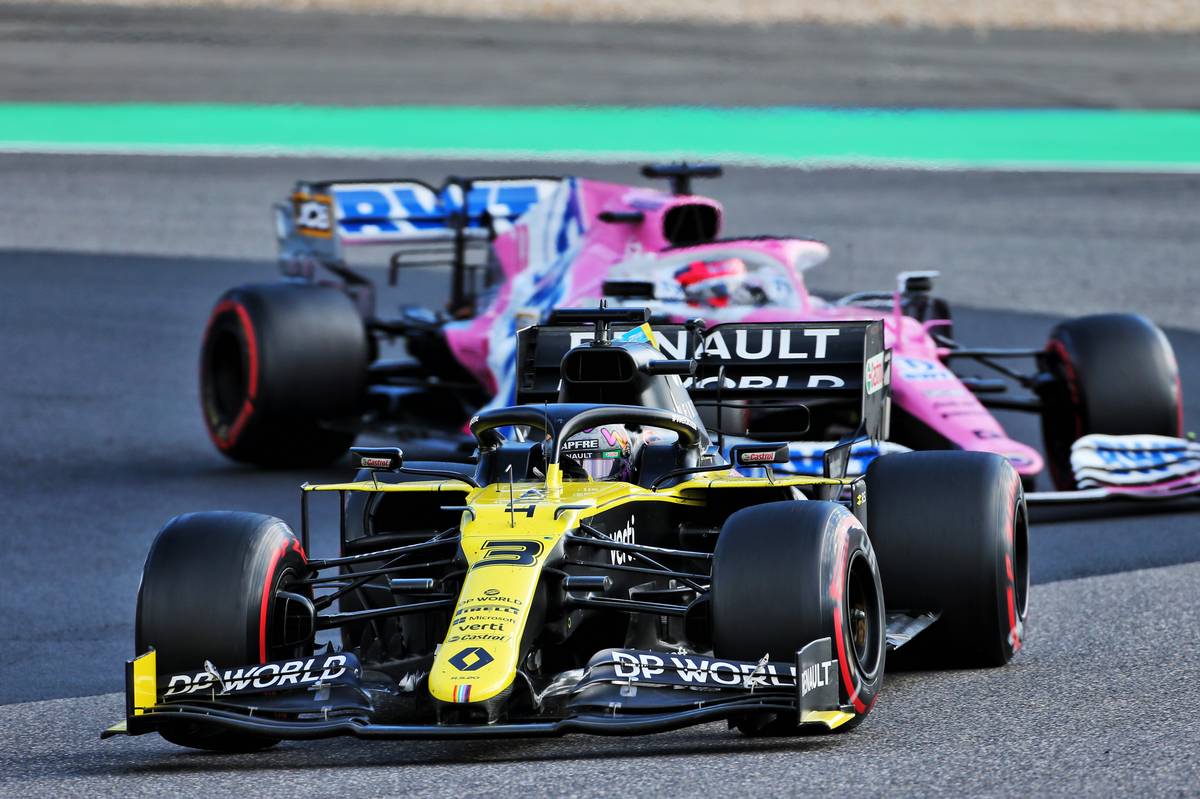 Ricciardo's third-place result in Germany was the Aussie's first podium finish since his winning run in the Monaco Grand Prix in 2018.

"Yeah, it's been a while," he admitted. "Actually, to be honest it feels like the first podium all over again. The feeling I have now, it's like that really happy shock.

From his launch off the grid to settling into third in the latter part of the 60-lap event, the Renault driver's race followed a steady course despite the threat of a late charge by Racing Point's Sergio Perez.

"At the start it was critical to get Albon and Leclerc," recounted Ricciardo. "Leclerc held on for a few laps, he defended well but then I got him and that set us up. Valtteri [Bottas] has a problem so that gave us the track position.

"But we knew that Norris and Perez were going very well on the softs, then the safety car restart at the end… I was very close to getting Max, but us obviously tussling meant that Perez got very close and I thought he was going to get me into Turn 4."

Renault underscored again the joys of achieving a podium that represented his and his team's main target when he joined the Enstone squad.

"It was pretty stressful but it's been two and a half years since I've had a podium, so it's really nice.

"When we signed on the dotted line for this Renault contract, it was to be up here and get a podium by year 2, and we've achieved that.

"Obviously next year is another story, I am moving on but I think this really does still cap a pretty cool story that we've had and shared in these two years. And the good news is, it's not over yet!"