Sebastian Vettel chimed in on the praise distilled by several of his colleagues for Lewis Hamilton's milestone achievement at the Eifel GP last weekend.

Hamilton conquered his 91st Grand Prix win in Germany, equaling the outstanding record of Michael Schumacher, a benchmark few believed would be emulated.

Accolades and plaudits were in order at the Nürburgring for the six-time world champion, with Hamilton's closest rivals among the first to commend the Mercedes driver. 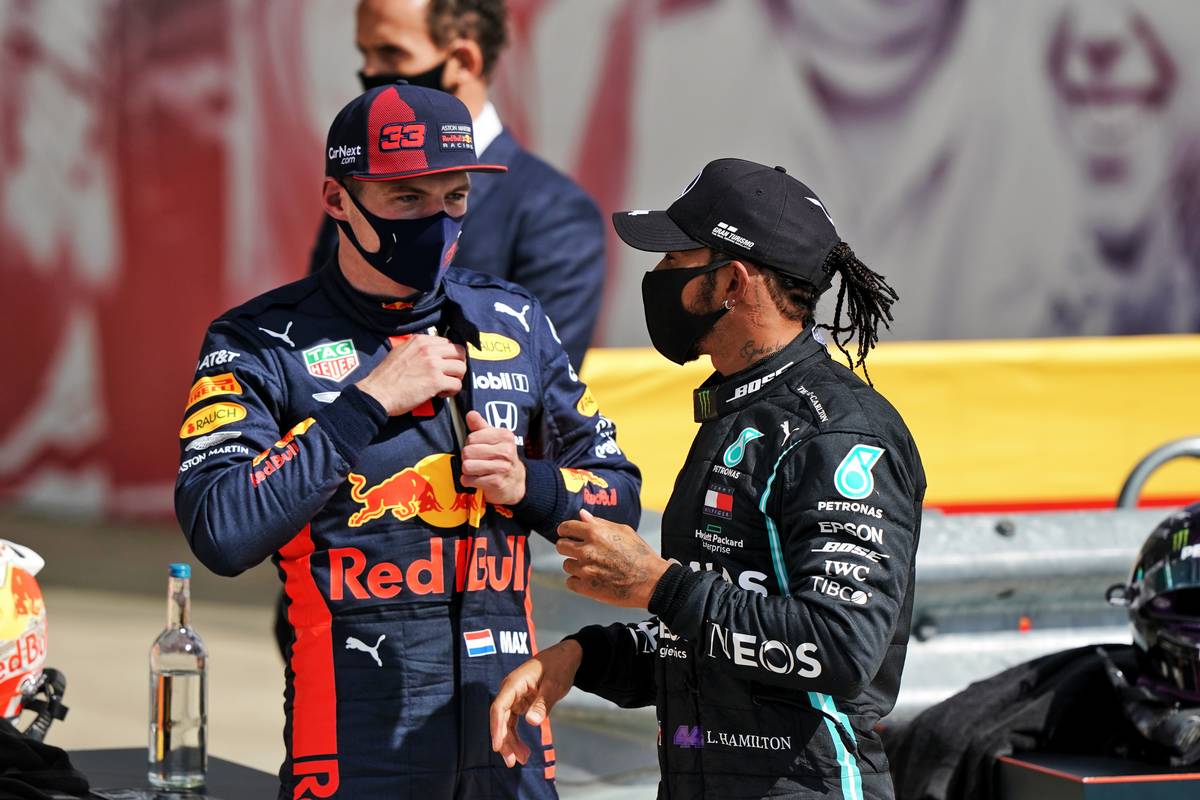 Renault's Daniel Ricciardo followed up with a few laudatory words of his own, underscoring Hamilton's remarkable consistency over the years and the heartfelt gift handed to the Briton by the Schumacher family.

"Tip of the hat at the very least!" said Ricciardo. "With how much success Lewis has now had, obviously Michael as well… his career now has been well over a decade in the sport and to keep coming back and to show that level of consistency at the front, that’s also not easy.

"I think us up here I think we understand that. You can have a package and a car to do it, but it’s doing it every weekend when the lights go out. It’s easier said than done. Certainly big respect.

"I think also the gift that he received, one of Michael’s helmets, that’s one of the coolest gifts I’ve ever seen in the sport, so it’s really nice to see that today."

Up until 2019, Sebastian Vettel had been Hamilton's most pugnacious rival in F1, with the exception of 2016 world champion Nico Rosberg.

The Ferrari driver and his adversary have had their differences on the track, but their relationship continues to be governed by an unwavering mutual respect.

"I think it's been a number in my head that I'd always thought would never be beaten, or equaled. I think we're generally quite certain that he will exceed this number!

“Nevertheless, I have to say that Michael will always be my hero, and I think Michael had something about him that I haven't seen in other drivers so far.

"But probably in another 10, 15, 20 years' time, there will be more admiration for that, but obviously when you're still active, you've looking at yourself and not so much at others.

"But as I said, you can't cherish him enough for what he has achieved."

Alonso: 'The car is outperforming me at the moment'