Hamilton initially set the quickest time in Q3 putting him narrowly ahead of his Mercedes team mate Valtteri Bottas. Both men improved on their final push laps, but it was Bottas who clinched pole by 0.097s.

Hamilton admitted afterwards that his final run hadn't been as quick as it could and should have been.

"It was a pretty piss-poor lap by myself," he told Sky Sports F1's Johnny Herbert. "But these things happen. You can’t always get it perfect.

"Valtteri did a great job," he added. "It was a real challenge out there but I enjoyed it."

The two Silver Arrows finished qualifying with a half second advantage over their nearest rival, Red Bull's Max Verstappen.

However Hamilton was mindful of the threat from their rivals, pointing out that they had been "very strong on their race runs" in the single 90-minute practice session that took place on Saturday morning.

But Hamilton felt confident that he and Bottas would be able to contain the threat, in part due to the nature of the Imola circuit.

“What's unfortunate really with this track is, it’s so beautiful to drive but I’m pretty certain you’re going to see a pretty boring race," he suggested, 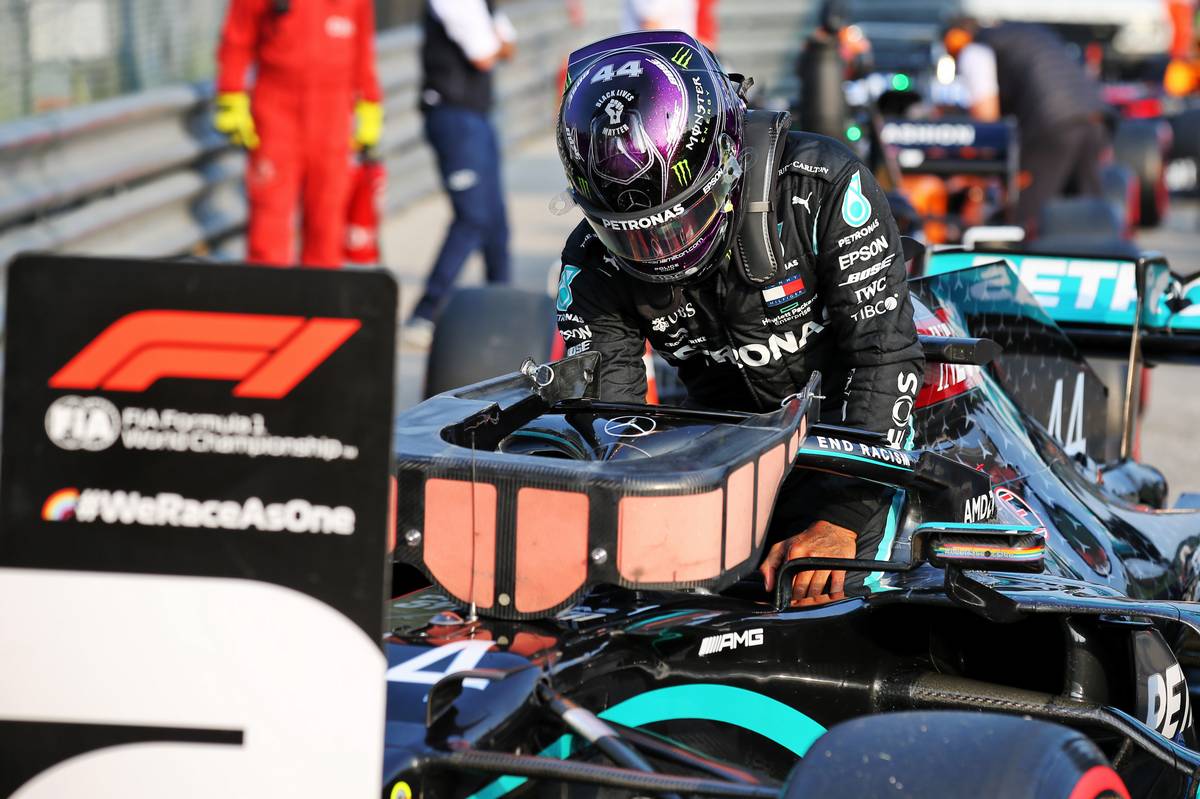 "You can overtake on this long straight, but it’s quite narrow - you can’t follow," he explained "Once you get into turn one it’s a train from there. There’s no single place to overtake anywhere else.

"It’s going to be a challenge for people following, but the DRS will hopefully give some overtaking opportunities into turn 1 for people.

"To have an opportunity of overtaking I think you need a gain of something like two seconds to the car ahead to have a chance.

"Nonetheless, I’m going to give it everything I’ve got tomorrow, and fingers crossed.”

Even though Hamilton holds a 77-point lead over Bottas in the drivers championship, he can't mathematically clinch the title this weekend even by taking maximum points.