The pair were half a second ahead of Max Verstappen, who had a scare in Q2 when his engine suffered an electrical misfire that left the Red Bull pit crew scrambling to fix the problem in time to get him back out.

Pierre Gasly took fourth place in a strong session for the AlphaTauri team, with Renault's Daniel Ricciardo set to start alongside him on the grid.

Despite concerns that heading to Imola so late in the year could prove as problematic weather-wise as the recent Nurburgring outing, drivers were instead greeted by perfect late autumn conditions as Formula 1 returned to the iconic circuit for the first time in 14 years. After a single 90-minute practice session earlier in the day, it was now time for qualifying to get underway. 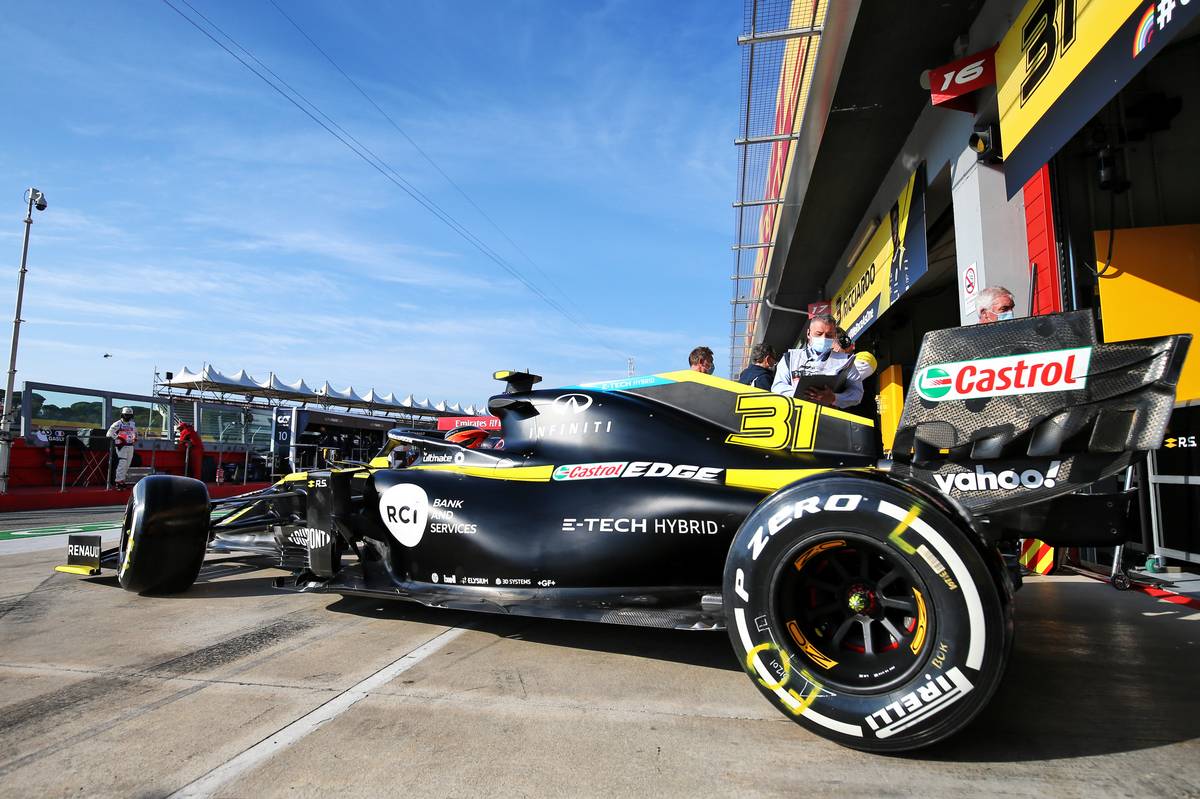 Q1: Bottas bounces back from early setbacks to head first round from Hamilton

With so little running time this weekend it was no surprise to see a steady stream of cars heading out of pit lane straight away once the lights went green. The two AlphaTauri drivers were soon at the head of the timesheets with Daniil Kvyat's 1:15.412s proving three tenths quicker than that of his team mate Pierre Gasly in the early running. Max Verstappen then split the pair in the sister Red Bull, but it took Lewis Hamilton to finally depose the Russian from the top spot.

Charles Leclerc was also up to speed and shaved two hundredths off Hamilton's time to briefly go top before Verstappen's next effort put him ahead. Hamilton did not let that stand for long and his next run was a mighty 1:14.574s. His Mercedes team mate Valtteri Bottas was having a more tempestuous time, hitting traffic on his first run and then having his second deleted for exceeding track limits, a fate also suffered by Red Bull's Alex Albon putting both men on the back foot and in the bottom five 'drop zone'.

Bottas quickly put things right with the first lap of his next run putting him into second place after Hamilton improved his own time to 1:14.229s - only to have that entry deleted for track limits leaving Bottas fastest after all. Albon was also soon on safe ground in eighth place, while improved laps from the two Renaults saw Esteban Ocon up to seventh and Daniel Ricciardo into 11th.

George Russell once again delivered when it counted to take the Williams through to the second round with Lance Stroll just scraping through in 15th, That left the two Haas of Romain Grosjean and Kevin Magnussen on the wrong side of the cut after Magnussen ran off into the gravel on his final effort. Kimi Raikkonen briefly looked to have got through only to be another driver to have the lap deleted despite his vehement protestations, leaving him in 18th ahead of Nicholas Latifi and Antonio Giovinazzi who were now all spectators for the rest of the session. 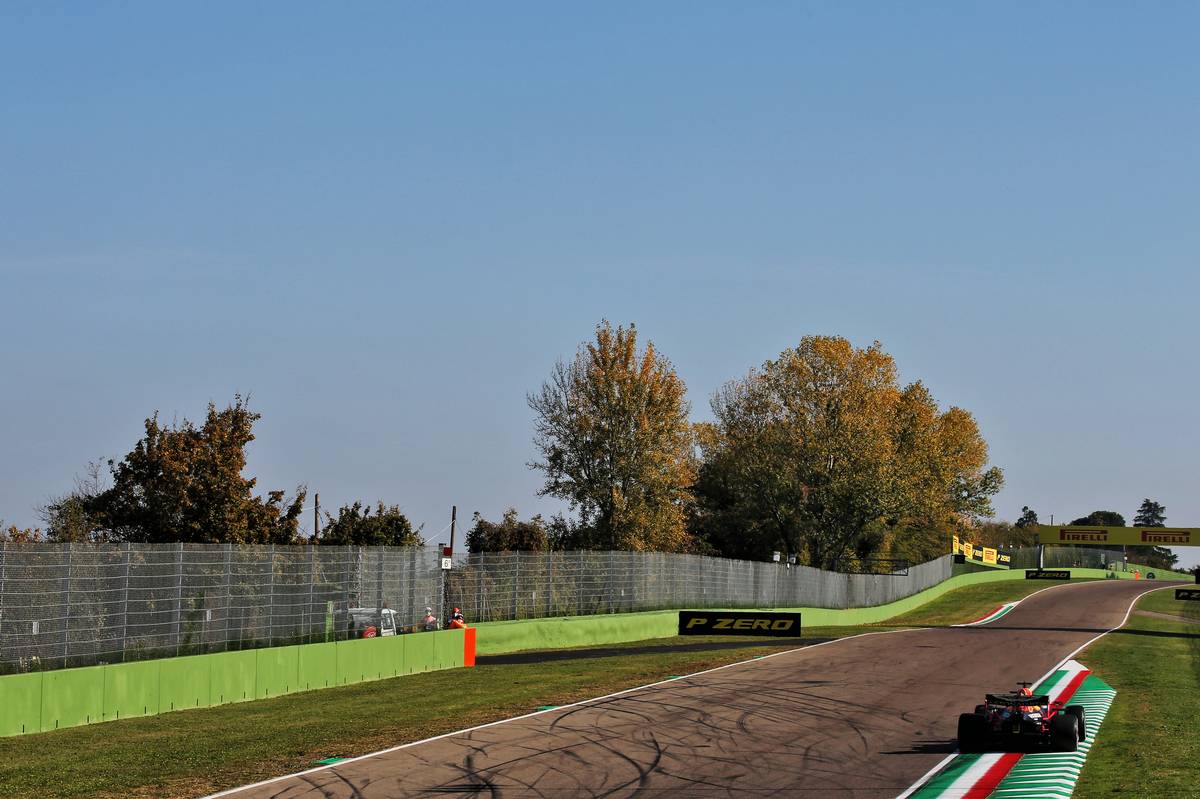 The top four from the first round - Bottas, Hamilton, Verstappen and Leclerc - were all quickly back in action at the start of Q2. They had all opted to start on the medium compound for their first runs, as did Albon and Sebastian Vettel, while Gasly and Kvyat were among the majority sticking to the softs.

Gasly set the initial target with 1:15.005s but that was quickly beaten by the two Mercedes with Bottas clocking in at 1:14.585s just ahead of Hamilton. Verstappen was unable to set a time because of an electrical issue causing a misfire on the Red Bull's Honda power unit, and a spin for Albon at the chicane which flat-spotted his tyres and left him in 11th only added to Red Bull's worries. Meanwhile neither Ferrari was proving fast enough on the medium compound and they headed back to pit lane to rethink the tyre strategy for their next runs.

Frantic work by the Red Bull pit crew saw a defective spark plug changed in record time and Verstappen back out on track to undertake a flying lap good enough to put him sixth on the mediums, while Albon also redeemed himself by going fourth fastest on a new set of softs putting him just ahead of Ricciardo. The change to soft tyres was also enough to put Leclerc safely into seventh ahead of Kvyat and McLaren pair Carlos Sainz and Lando Norris, but was insufficient to save Vettel who once again missed the Q2 cut in 14th.

Neither Racing Point was looking on form today, with Sergio Perez just missing out in 11th and his team mate Lance Stroll slowest of all after his fastest lap was the latest to be deleted for exceeding track limits. Esteban Ocon also failed to get through, while a strong lap from George Russell meant the Williams once again out-qualified a Ferrari and will line up in 13th on Sunday. 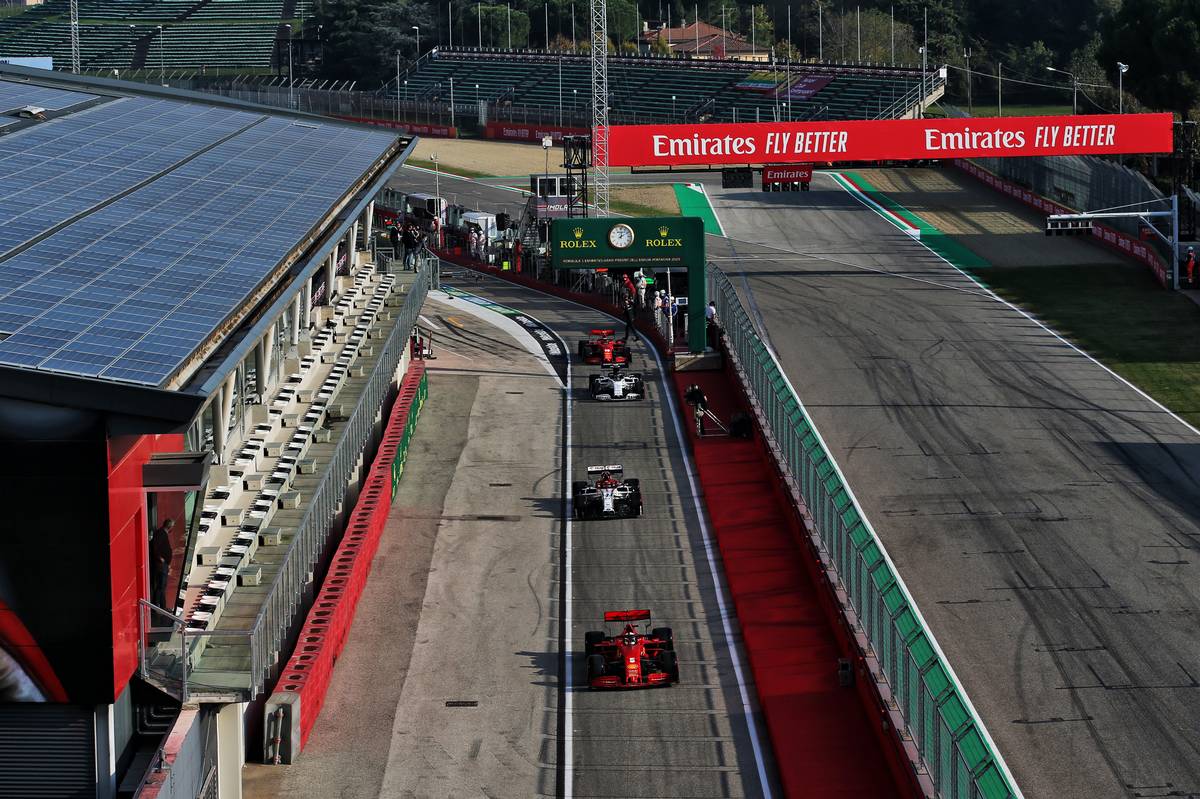 There was a rush to get out at the start of Q3, with all ten remaining cars quick to depart their garages resulting in Ricciardo being released right into the path of Verstappen, but fortunately with no contact being made.

Hamilton unleashed the full potential of the Mercedes with a time of 1:13.781s, but Bottas came within three hundredths of matching it. They were seven tenths ahead of the rest of the field headed by Verstappen, Gasly and Leclerc who pushed Norris down to sixth ahead of Kvyat, Ricciardo and Sainz. Albon's lap had initially been good enough for fifth, but yet another track limits violation saw him stripped of the time and down in tenth at the end of the first set of runs.

A tense pit lane stand-off was finally broken by Sainz heading out with less than four minutes remaining, but he failed to find the speed he needed and was still down in in P10 after Albon's final run was sufficient for the Red Bull driver to reclaim sixth place after his earlier unfortunate deletion.

Hamilton did improve on his initial run, but a slow middle section opened the door for Bottas to beat his time with a lap of 1:13.609, which was 0.097s quicker than his team mate. Verstappen also went faster to retain third place meaning he will start the race on the second row alongside Gasly, with Ricciardo in fifth ahead of Albon. Leclerc ended the session in seventh place ahead of Kvyat, while Norris will join his McLaren team mate Sainz on row five. 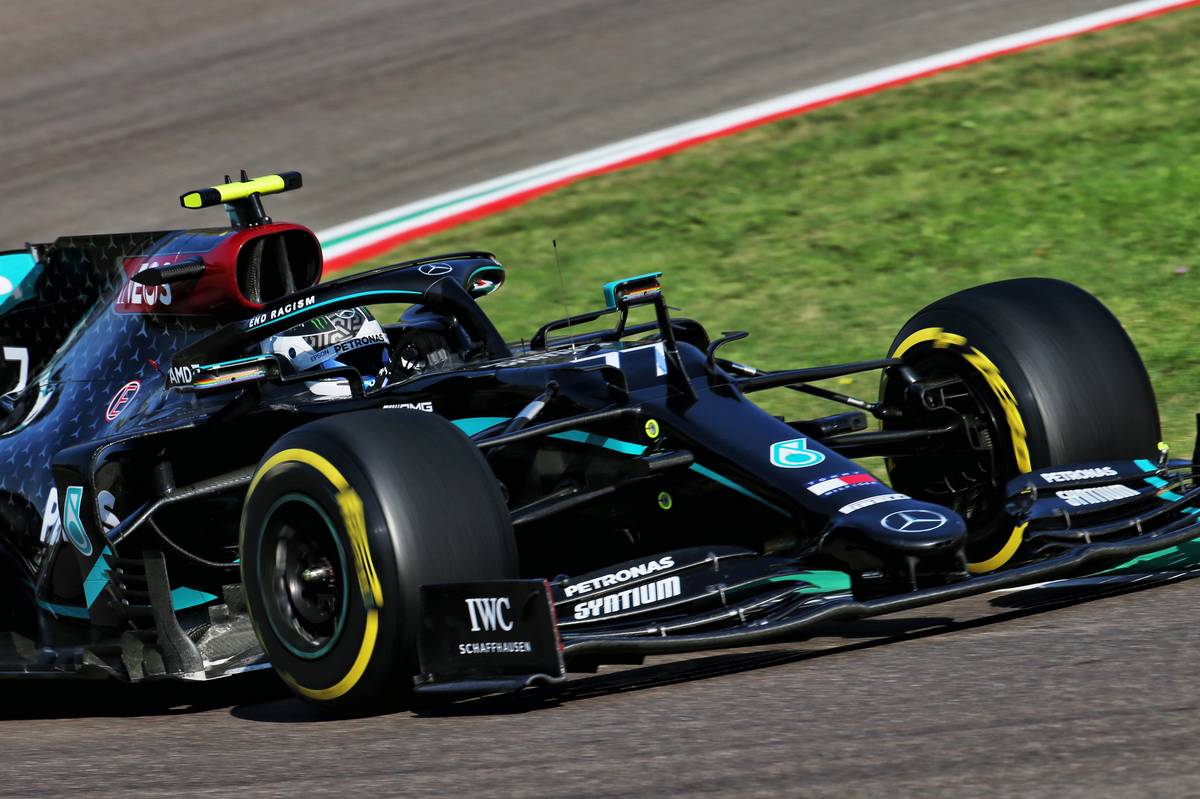