Ferrari's fruitless 2020 campaign, marked by its dismal performance as much as by the odd circumstances surrounding the disrupted season, will remain an exception says team boss Mattia Binotto.

The Scuderia will likely conclude 2020 without adding a single winner's trophy to its collection at Maranello, a shortfall that has only happened twice in the past 20 years, in 2013 and in 2016.

Ferrari's mediocre performance is rooted in aerodynamic weakness of its SF1000, a deficiency compounded by the Italian outfit's down-on-power hybrid engine.

With little changes in store for F1 next season on the back of the sport's decision to constrain teams to carry over into 2021 their current-spec chassis, the Scuderia's prospects for improvement appear limited. 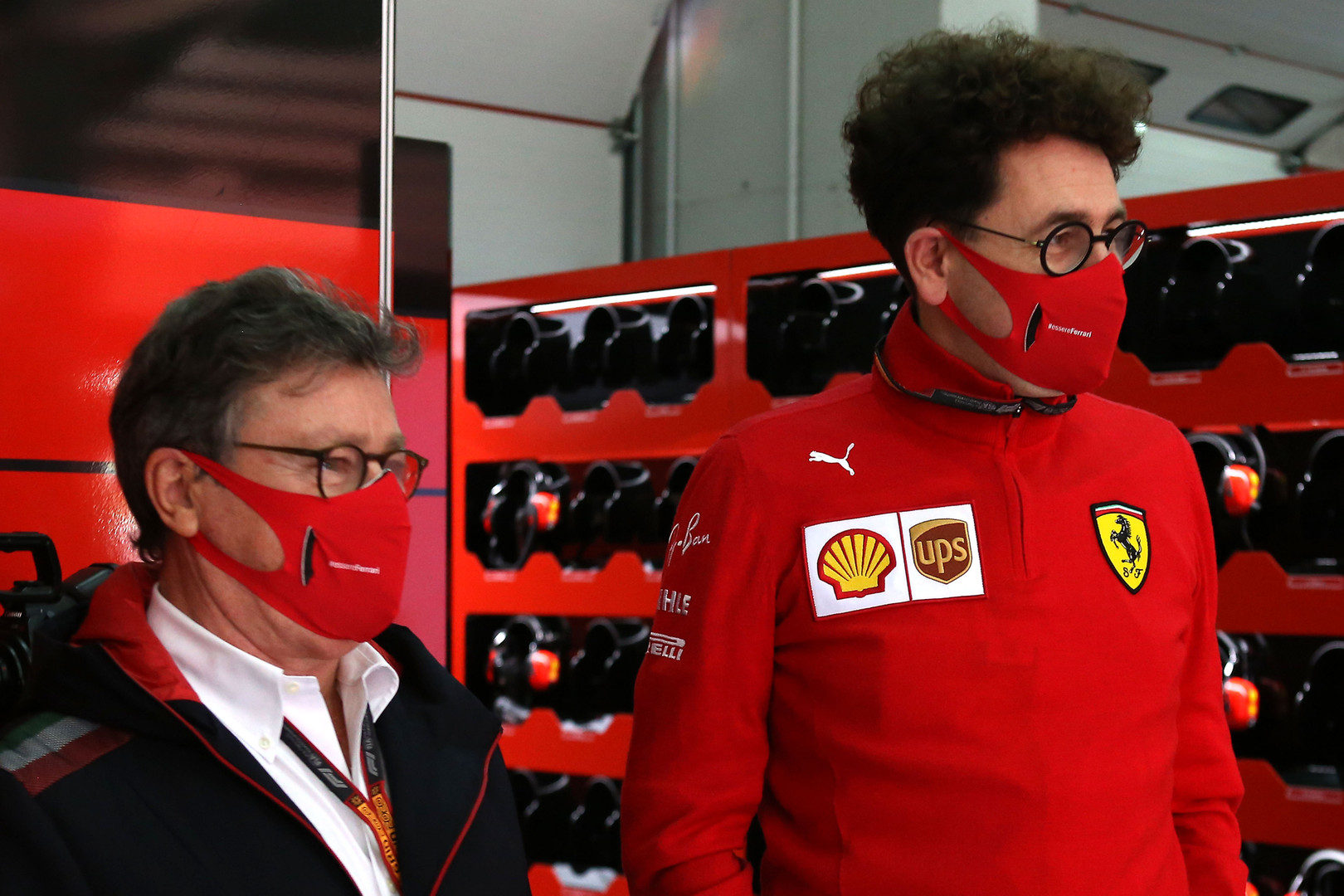 Yet Binotto believes 2020 will go down in the team's history as an exception, or anomaly.

"We have fought for victories and titles a few times in the past several years," the Ferrari boss told Sky Italia. "But there were also seasons without a win, like 1990 or 1994.

"Two thousand and twenty is now a particularly difficult season, not only because of our problems, but also because of the larger context of corona. We couldn’t develop and improve as much as we hoped.

"The 2022 season is also approaching with a completely new generation of cars and a project that we will soon have to put a lot of our energy into.

Binotto was reminded of the 21-year dry spell that separated Jody Scheckter's coronation with the Scuderia in 1979 and Michael Schumacher's title in 2000.

It's now been 13 years since Kimi Raikkonen delivered the world crown to the House of Maranello. But Binotto does not foresee Ferrari's winless streak in the championship extending much further.

"I experienced that phase of reconstruction firsthand, with the victory in the Constructors’ Championship first and then in the Drivers’.

"Now many years have passed, far too many. We have fought for wins and we fought for the title a couple of times.

"There are many winless seasons, from 1990 to 1994 for example. This is a difficult and particular season, both for the difficulties we have and for the particular context of Covid."

Could the red cars be in the running for the title next season, ahead of F1's regulation overhaul for 2022.

"Realistically no, for the World Championship I honestly think not," Binotto admitted. "We must return to fighting regularly for the podium, this must be our goal."