Lewis Hamilton says that winning the F1 Constructors' championship with Mercedes is "almost as exciting" as winning the drivers' title.

With four races to go this season, Hamilton is on the path to a seventh coronation in F1, having surpassed in Portugal Michael Schumacher's outstanding record of 91 wins in Grand Prix racing.

Next week in Turkey, the Briton could eclipse another Schumacher milestone, the record for the most wins in F1 by a driver with a single team, with Hamilton seeking a 73rd victory with Mercedes.

The 35-year-old's individual achievements in the sport, which include many other impressive statistics, are nothing short of remarkable.

Yet, Hamilton says he derives almost as much satisfaction from Mercedes' success as a team, with the Brackley squad clinching its seventh consecutive Constructors' title at Imola. 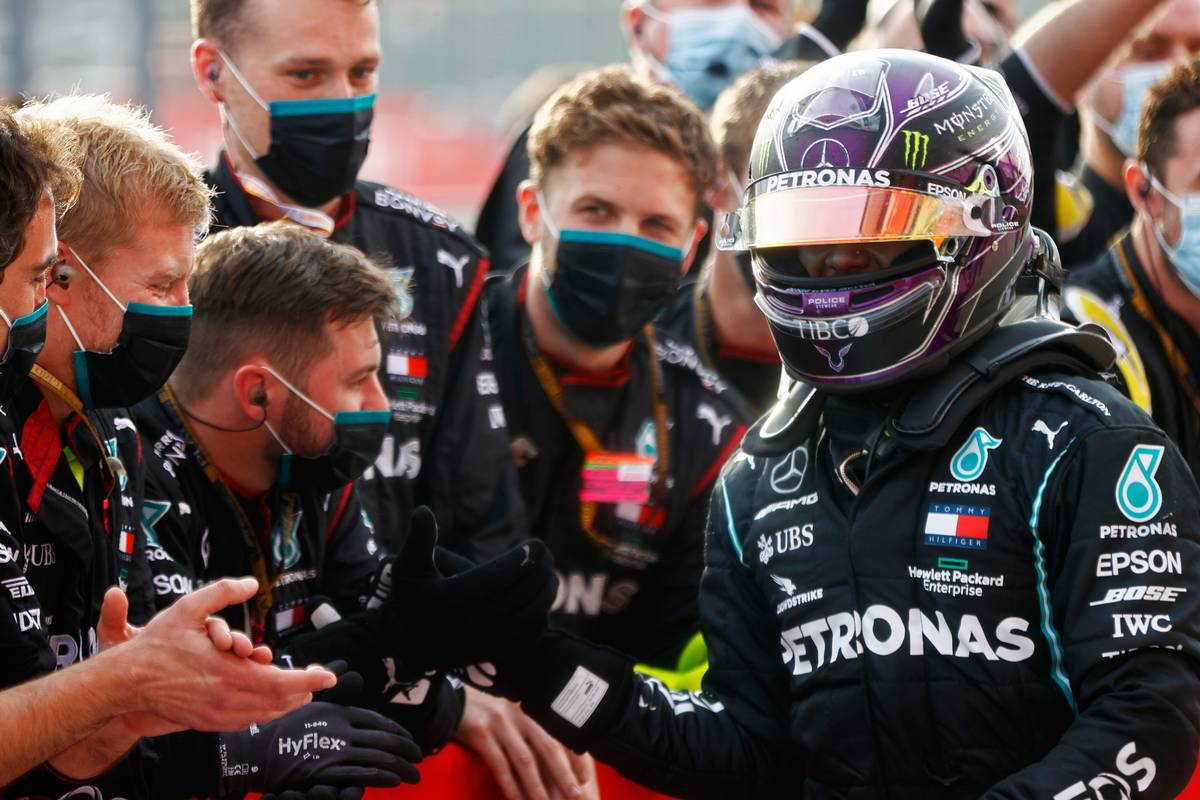 "It’s almost more exciting winning the team one," he said after his outfit's crowning in Italy last weekend.

"It’s a very strange sport in the sense that it is as team sport but there are two championships and then there is an individual championship, but what is at the core our job is to deliver points and results for the team," he added.

"So when you win a team championship I think it’s almost better than an individual because it’s something you do collectively, with a large group of people.

"Whilst we are the ones standing on top of the podium we are not above anybody. We are on the same level, we are all part of the chain links.

"You can tell that everyone is so happy when they get the constructors’ title. When we do the Christmas party and we celebrate with everyone, everyone just knows that they did a remarkable job and that they have done something that nobody else has done before.

"That’s cool to be a part of. Even if I was to stop today that would be something that I would be able to share with that large group of people for the rest of my life." 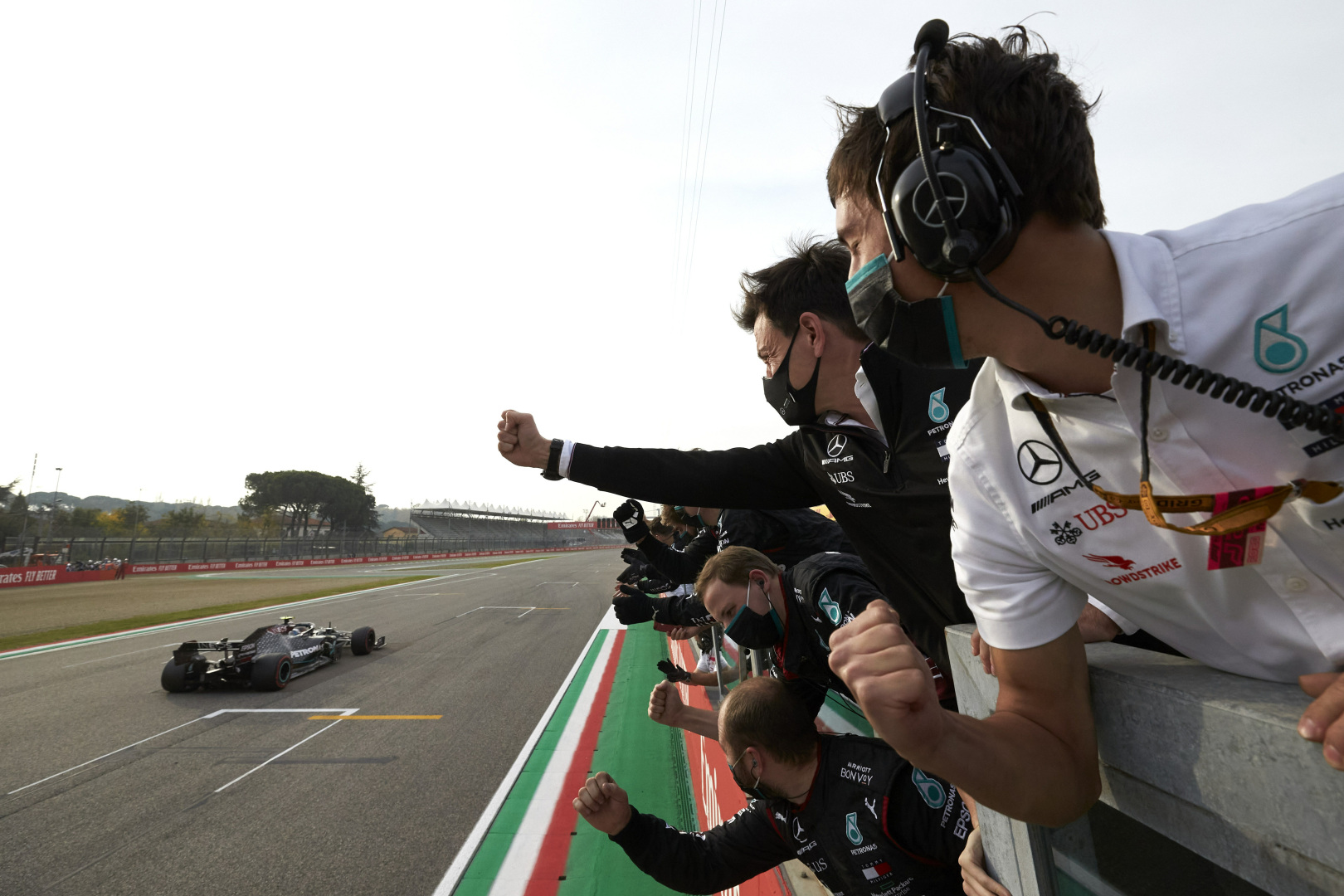 Hamilton's teammate Valtteri Bottas, who has contributed to Mercedes his fair share of success since joining the Black Arrows team in 2017, said his team's incredible track record feels "quite unreal".

"It’s crazy to think that I’ve now been part of the team four years in a row to be part of winning the constructors’ championship," the Finn said.

"It’s quite unreal - I’m so proud of every single team member, what they’re doing. All the factories and in the race team.

"We keep raising the bar for every single team member but we do it united. We support each other but the spirit the team has, it’s making these things possible. And I’m really, really proud to be part of it.

"I think for all of us in the team, it takes a bit of time to understand what we’re doing and what we are achieving – but we should definitely enjoy it because it is amazing and I’m really proud of everyone."