Lewis Hamilton says the resurfaced tarmac of Istanbul Park has made the fantastic venue a "terrifying" proposition for drivers.

The field significantly improved its times in FP2 relative to the morning session, but grip remained at a premium for drivers who struggled in the cool conditions but especially with the track surface.

Hamilton didn't hold back his criticism of Istanbul Park's tarmac whose characteristics he says are even worse than those of Portimão. 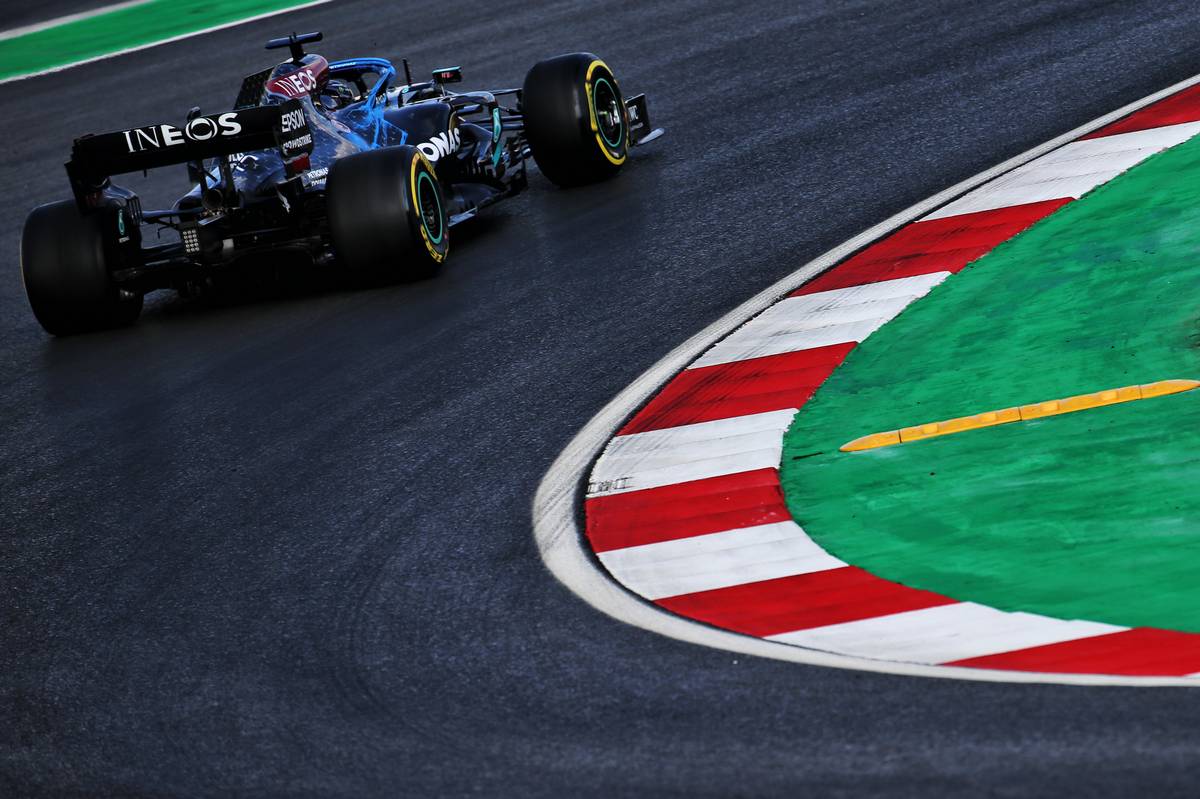 "It was a bit of a disaster today to be honest," Hamilton said.

"This track is such a fantastic circuit and I really don’t fully understand when they spend millions to resurface a track.

"I know it’s been sitting around for some time but they could have just cleaned it maybe, instead of wasting all the money.

"Now the track is worse than Portimao was when we had the brand-new surface there. So for us at least, the tyres aren’t working.

"You can see it, it’s like an ice rink out there and so you don’t get the enjoying of the lap as you normally would at Istanbul and I don’t see that changing."

"It’s almost like there’s wet patches all over because you are on slicks, accelerating and it just goes so fast," he added. "It’s because you are way, way below the temperature window.

"These tyres, they are so hard and only work in a certain window, so if you are 10 or 20 degrees below they are not working.

"For some reason this surface is so smooth, a lot of the older circuits, are a lot more open between the stones, so it works the tyre more.

"This one is super closed, flat and shiny and I guess there’s oil seeps from the tarmac. It’s s*** with a capital S."

Verstappen remains on top in FP2 - edges Leclerc and Bottas

Verstappen: 'We're five seconds off where we should be'