George Russell topped both practice sessions on Friday in Bahrain, but the Mercedes recruit downplayed the performance insisting his lap times are "a little bit deceiving".

Russell significantly outperformed teammate Valtteri Bottas but the Finn's pace has hampered by a damaged floor in FP1 while his fastest lap, which would have seen him lead FP2, was deleted due to exceeding track limits.

While Russell's single-lap pace went unchallenged, the Briton was quick to point out that his race pace on his long runs were far from satisfactory.

"I do think the laptimes are a little bit deceiving at the moment, and aren't a true representation of the pace," Russell said.

"I thought FP2 was not a great session for me. I struggled, especially in the high fuel, and ultimately that's going to be the key on Sunday.

"[I've] still got a lot of work to do to get comfortable in the car, get comfortable with the set-up, make some improvements, because I think tomorrow is going to be a different story."

Russell highlighted Red Bull's impressive pace on long runs and on the medium tyre, and reckoned he was actually a tenth-and-a-half adrift from Bottas in quali trim.

"Just because I was quickest today, doesn't mean that's where I'm going to be tomorrow," added the Briton.

"[Max] Verstappen was incredibly quick in the long runs, Valtteri was quickest in FP2, but he got his lap deleted.

"He probably only gained half a tenth in all honesty, so I'm probably a good tenth-and-a-half behind Valtteri in the low fuel. But we'll see. We're getting better."

Bottas endured a messy evening, with no less than six lap time deletions.

"It was quite a tricky day," said the Finn. "In the first session in the first run, I broke the floor of the car, I went over the kerbs in Turn 8, so a big piece missing.

"So then the rest of FP1 was a bit of a waste. Then FP2, it felt quite okay. Obviously I didn't get any laps on the soft tyre, I had one half decent lap, but that was deleted for track limits.

"So not not really the best day, but at least the long runs were pretty consistent. Although Red Bull on the medium tyre looked pretty quick." 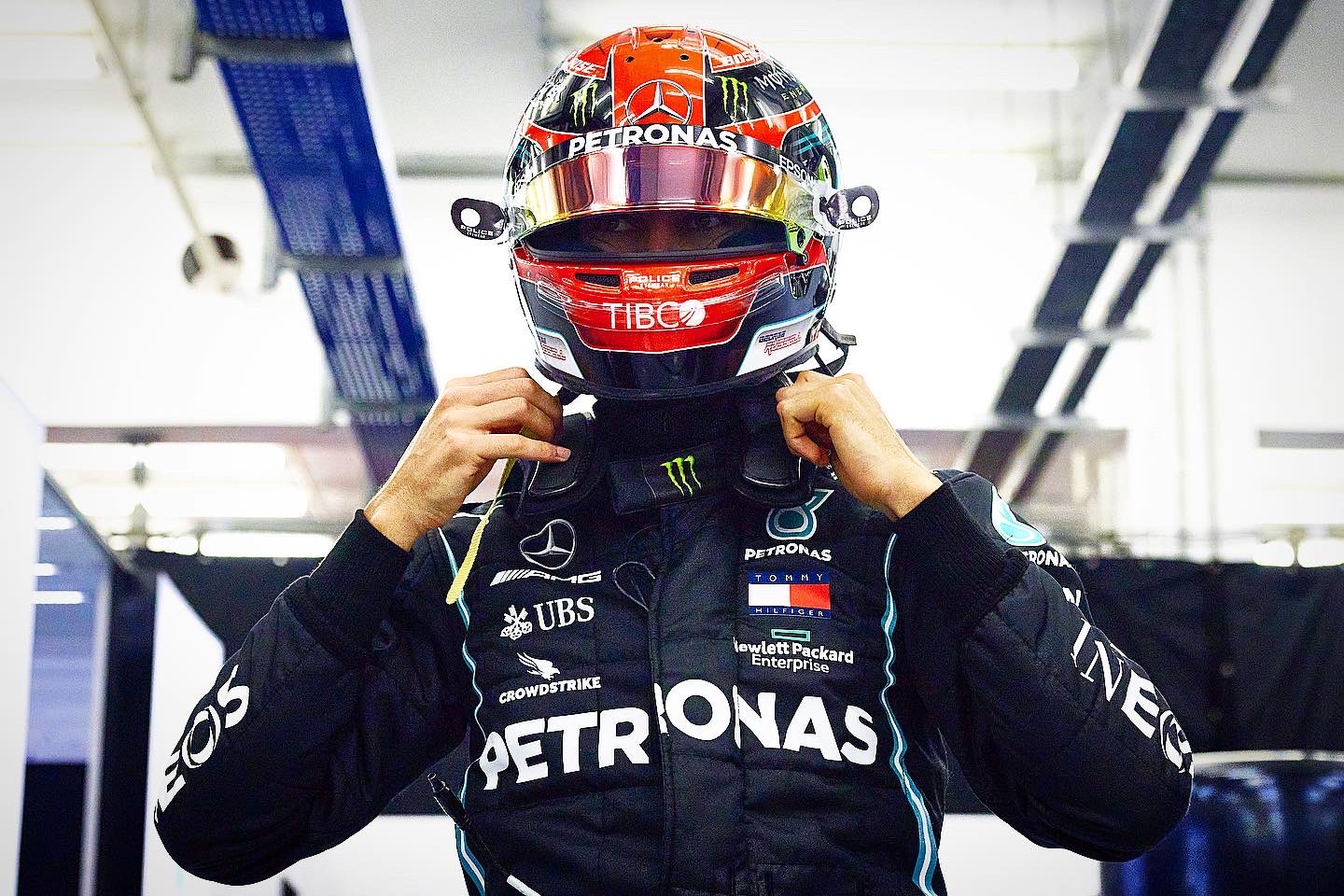 Russell admitted that he had taken a beating on his first day of running with Mercedes, complaining among other things of his seat digging into his shoulders in FP1.

"I'm pretty battered and bruised already to be honest," Russell said. "We've already gone through what needs to change. It's not the work of a moment.

"[We're] changing the seat here and there, working hard with the guys to try and improve that for Sunday. But I'm sure it'll be fine."