Red Bull team boss Christian Horner says his team has taken away a few key lessons from 2020 to help it take the fight to Mercedes this season.

The German outfit and its fellow front-running rival are likely to lead the field at the outset when F1's 2021 campaign kicks off in Bahrain next month.

However, with teams carrying over their 2020 chassis, Mercedes' W12 car is expected to hold an edge over its counterpart from Milton Keynes given the dominant performance enjoyed by the Brackley squad's baseline W11 last season.

And Red Bull and Max Verstappen's equally impressive display in the final round of the 2020 championship in Abu Dhabi will have wound up Mercedes over the winter according to Horner. 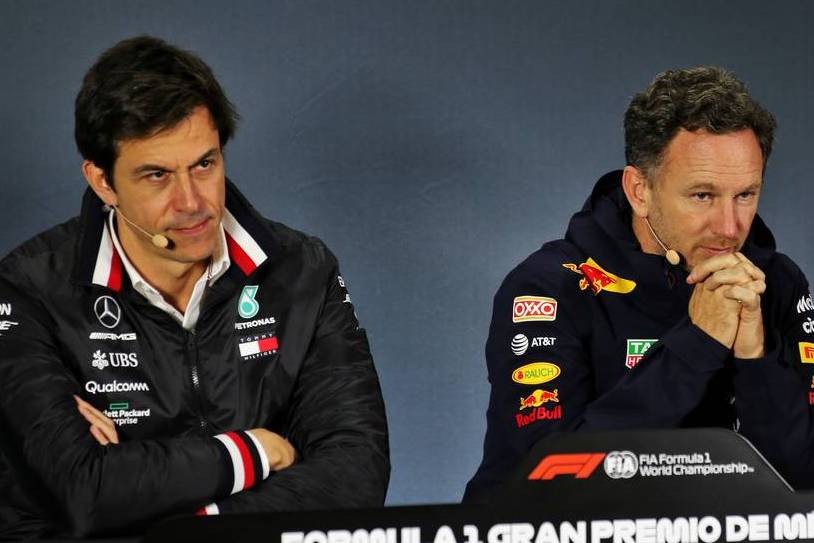 "The Mercedes is quite a machine, but we’ve demonstrated that you can beat them – by working hard, by applying yourself to the task in hand," Horner said in an interview with Autosport.

"I think they will be tremendously motivated because of that last race in Abu Dhabi and I expect Toto [Wolff] has used that, and James Allison, to come up with an even more competitive car for this year. So we don’t in any way underestimate the might of Mercedes.

"Mercedes are the clear favourites with seven consecutive titles, but we are excited about the challenge this season and won’t give up in our hunt for a fifth title."

Red Bull certainly ambitions to add more than a few wins to its tally this season, but Horner hopes his team can offer its fans a "more sustained" challenge to Mercedes, thanks in part to the lessons learned from 2020.

"We’ve seen one team be totally dominant for the last seven years," he added. "And with continuity going into this year of largely car and drivers [being the same], on the Mercedes side you would expect them to be in a very strong position again.

"But I hope by using the lessons we’ve learned from 2020, we can put a more sustained challenge to Mercedes, who will undoubtedly be incredibly strong and very much the favourites this year – particularly off the back of a car which was arguably their best car of the hybrid era.

"That will be quite a challenge for us, but one we are relishing."

Norris: 'I beat myself up a lot over early struggles'