Ferrari is set to tackle the World Endurance Championship in 2023 and race at Le Mans as a works outfit for the first time in five decades.

Ferrari announced on Wednesday that it has put a Hypercar project on its rails to compete in the top class of the WEC.

A nine-time winner at Le Mans, Ferrari's endeavour is big news for motorsport's endurance series and its showcase 24-hour event.

"Following a period of study and analysis, Ferrari has kicked off the development of the new LMH car to include in recent weeks the design and simulation phases," read a statement from the House of Maranello.

"The track testing programme, the name of the car and the drivers who will make up the official crews, will be part of future announcements.

Ferrari President John Elkann added: "In over 70 years of racing, on tracks all over the world, we led our closed-wheel cars to victory by exploring cutting-edge technological solutions: innovations that arise from the track and make every road car produced in Maranello extraordinary.

"With the new Le Mans Hypercar programme, Ferrari once again asserts its sporting commitment and determination to be a protagonist in the major global motorsport events."

Ferrari's Hypercar program will be run in parallel with its efforts in Formula 1 and could be an interesting destination for some of the young talents enrolled in its Driver Academy, such as Callum Ilott or perhaps even Alfa Romeo's Antonio Giovinazzi.

"The announcement of Ferrari’s commitment to the FIA World Endurance Championship with a Le Mans Hypercar entry from 2023 is great news for the FIA, the ACO and the wider world of motorsport," commented FIA president Jean Todt.

"I believe in the concept of road-relevant Hypercars competing in the FIA WEC and at the 24 Hours of Le Mans. I’m looking forward to seeing this legendary brand taking on this ambitious project." 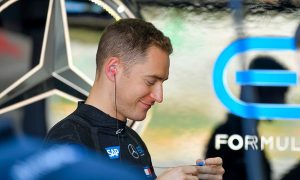