Texas IndyCar winner Pato O'Ward will embrace the chance to test with the McLaren F1 team at Yas Marina at the end of the year, but the 21-year-old Mexican insists his heart is firmly entrenched in IndyCar.

O'Ward conquered his maiden IndyCar win with Arrow McLaren SP on Sunday at the Texas Motor Speedway in Fort Worth, putting the McLaren name back in victory lane in IndyCar for the first time since Johnny Rutherford's win at Atlanta Motor Speedway in 1979.

The AMSP driver's first thought as he took in the thrill of his first win was to recall McLaren boss Zak Brown's promise made last month at Barber Motorsports Park that his first win with the team would be rewarded with an F1 test at Abu Dhabi at the end of 2021 season.

"Yes, he's going to pay up!" a jovial O'Ward said after his triumph on Sunday. "Where is my F1 test? I want a McLaren!" 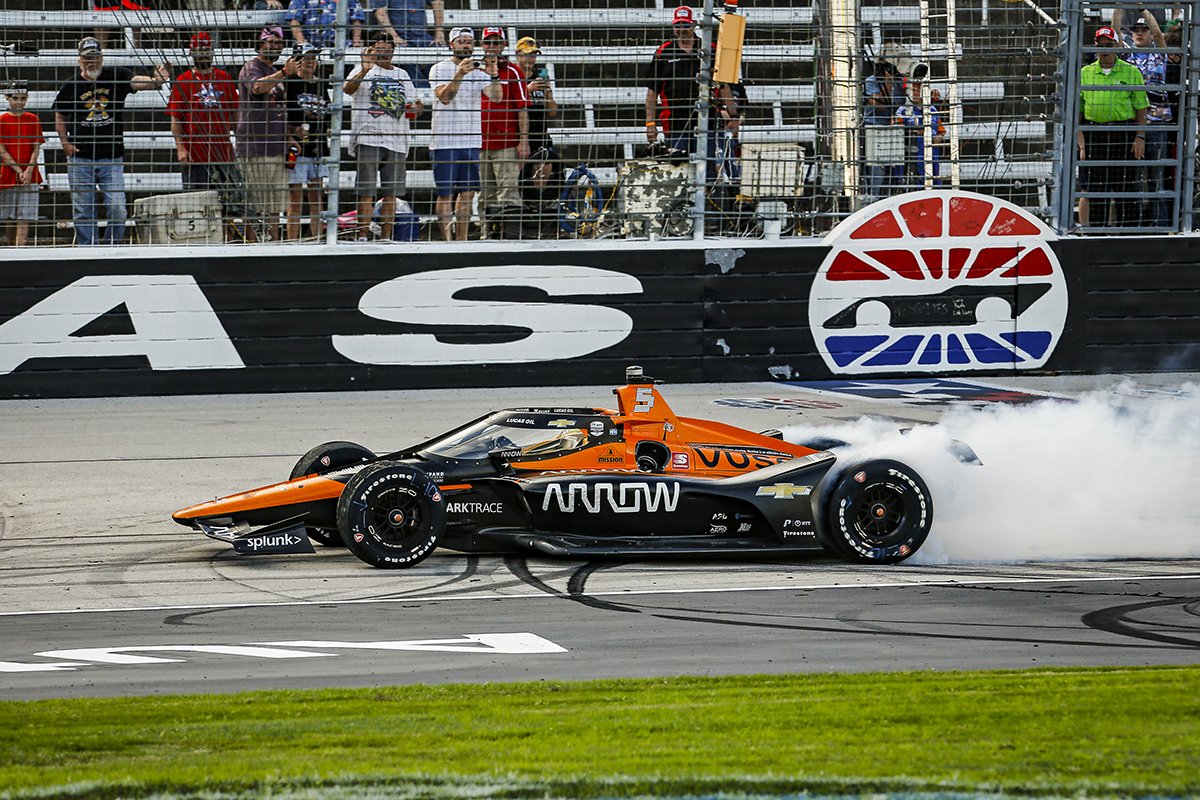 Although he'll be looking forward to the run, the Mexican made clear that he would not consider the test as a potential springboard to an F1 drive, insisting his allegiance remains with IndyCar.

"My heart's with IndyCar," he said. "It's just great racing and it's so, so competitive.

"I think for a driver there is nothing harder in the world. I think many drivers can agree with me that have come from Formula 1 to IndyCar….

"You know what, Formula 1 is the peak of technology," he added. "Everybody wants to go there.

"If the opportunity ever came by – [if] Zak said ‘There's a seat open, I want you in my team,’ – I'd be pretty dumb not to take it because it would just be a crazy opportunity. They don't come often.

"Right now I'm focused on the job that I have in IndyCar. I want to make the best of it."

Arrow McLaren SP and O'Ward will return to the track next week for the May 15th round that will take place on the Indianapolis Motor Speedway's road course, two weeks ahead of the 105th running of the Indy 500 at the Brickyard on May 30.