Mercedes' Valtteri Bottas understands the need for Formula 1 to reduce costs at all levels of the sport, but the Finn believes the value of the drivers – the stars of the show – should always be recognized.

After two years of gestation and many lengthy discussions between the sport's chiefs, the FIA and the teams, F1 introduced a budget cap for the first time this season.

However, the budget cap excludes all marketing costs, the salaries of the team’s three highest paid personnel as well as the drivers' retainers.

But discussions are ongoing for a limit to be applied on the latter in the future, with teams currently considering a $30m annual salary cap for both drivers. 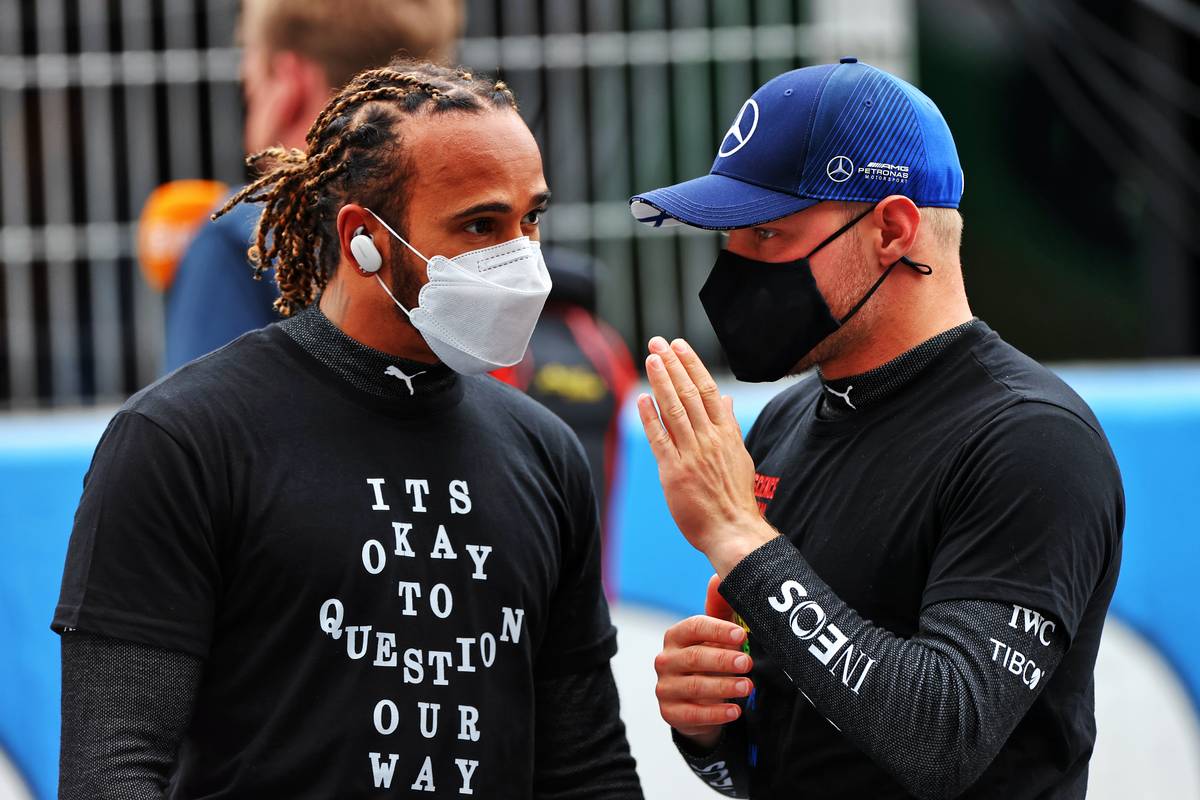 McLaren boss Zak Brown insists that given F1's current quest for cost savings, it's only "reasonable" to expect drivers' salaries to eventually be included in the mix.

"As teams continue to reduce costs across their operations, it is reasonable that driver salaries, along with the three highest-paid employee salaries, must eventually fall below a defined allowance," Brown wrote in an open letter to F1 fans published on McLaren’s website.

"Expanding the budget cap to include a defined and regulated allocation for driver costs and the three highest salaries will include all the key performance elements and truly bring the sport to a level playing field.

"To secure our future, we need to continue to reduce the cost of our sport in all areas."

With multiple drivers on the grid enjoying eight-figure salaries - and seven-time world champion Lewis Hamilton the beneficiary of an estimated $45m retainer from Mercedes - talk of limiting income through legislation is obviously a major issue for the sport's top earners.

Bottas is coy on the subject and says he would need clarity on the hard numbers before formulating an opinion. But the Finn says the drivers remain the sport's main attraction, and as such, salary cutbacks should be limited.

"My thoughts on that? It depends on the numbers, of course, because we are in a position where we use big brands for marketing purposes, Bottas told Motorsport-Total.

"In Formula 1, they use our image . In the end, the drivers are the stars of the show. That has value. "

"It really depends on the cut," added the Finn. "What would be the maximum? I don't know any details. Obviously there is a limit to everything."

"The sport saves costs and tries to become more efficient, which I think is good and the right direction in today's world," Bottas continues.

"Certainly there is a limit, but I don't have any further details, so it's hard to say more about it."