Mercedes boss Toto Wolff has made his unhappiness with the FIA's response to the 'bendy rear wing' controversy plain in today's official team principal press conference in Monaco.

The FIA issued a new technical directive to teams about the use of so-called flexi-wings following Lewis Hamilton's observations about the flexing of the rear wing of Max Verstappen's Red Bull in Barcelona. The new guidance will firm up the rules for future races.

However the new rules won't apply until next month's French Grand Prix, meaning that those teams suspected of using bendy wings can continue to do so for the next two street races in Monaco and Azerbaijan where teams gain the biggest advantage.

Wolff said he can't understand why there has to be such a long delay until the new guidance comes into effect, and says that it puts Mercedes under a big disadvantage if they don't respond in the meantime.

"We have seen in the past that complicated redesigns for teams have [had to be] delayed," he acknowledged. "It’s clear that if you have a back-to-back race or maybe even two weeks, it’s too short for everyone to adjust.

"That is a messy situation and can take weeks before we have a result. We should have not ended in this situation if we're having four weeks until the race that is most relevant in the calendar.

"It is incomprehensible that within four weeks you can’t stiffen up a rear wing for the track that is probably the most affected by flexible rear wings," he added. “That leaves us in no man’s land, because the technical directive says that the movement of the rear wings has been judged as excessive.

"The new test that has been introduced is a half-baked solution which is giving us opportunity, the whole thing can soften and bend more in the future," he continued, tongue in cheek.

"We will need to modify our wing. We need to soften it! Our wing is extremely rigid, complying to the famous Article 3.8 that it must remain immobile. 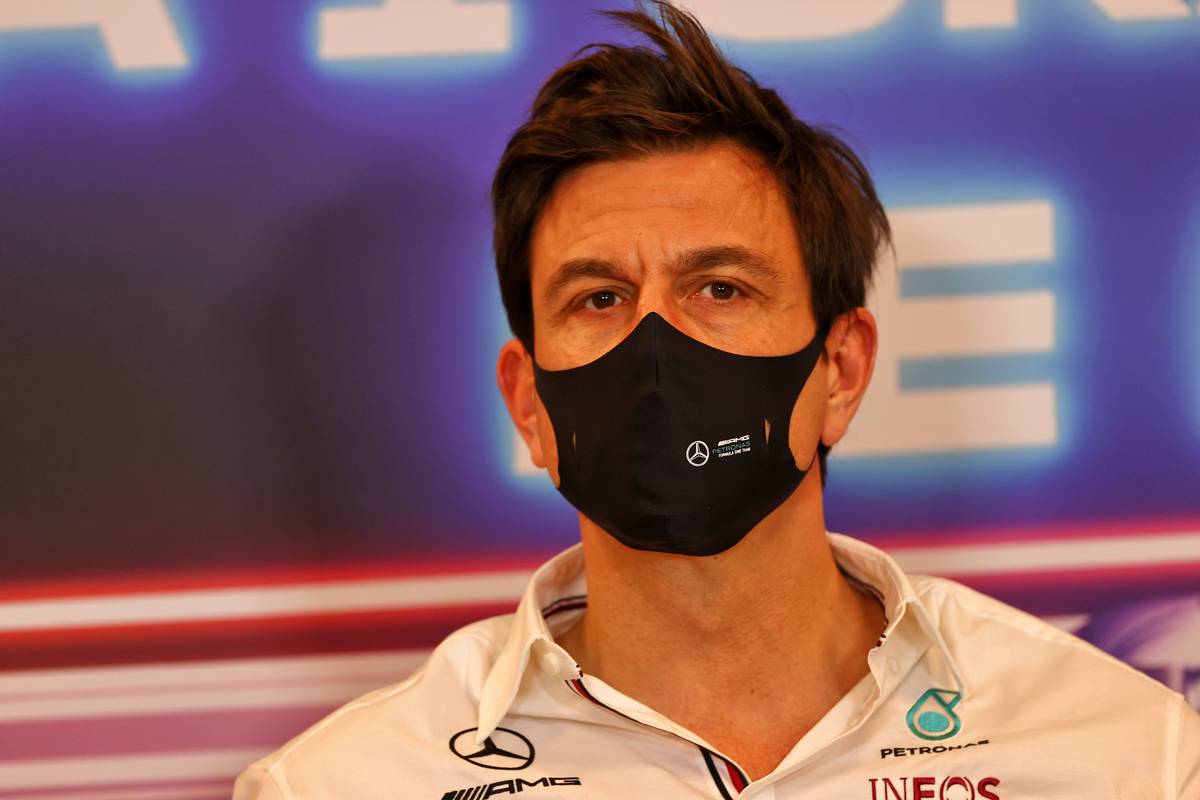 "Teams who would run this kind of thing are prone to be protested and probably this is going to go to the ICA [International Court of Appeal]," he added. "Nobody needs this situation."

Wolff was also annoyed that Mercedes' query to the governing body last year about this very issue never received a response.

"We have been left in a limbo since a long time,” Wolff complained. “We have flagged a flexible rear wing situation last summer without having received any feedback.

"I understand some of the team’s frustration when making the concept of this year’s car that that was an area that should have been tackled much earlier," he continued.

"Delaying the introduction for whatever reason leaves the door open for protests," he said. "It’s not only us but it’s probably two other teams that are most affected, maybe more.

"Obviously a protest could end up in the ICA, so that’s a messy situation. It can take weeks before we have a result."

Wolff is not alone in his feelings, with McLaren team principal Andreas Seidl also describing the current situation as "not acceptable".

"We welcome the reaction from the FIA with the technical directive and we are happy with the basic content," he said of the FIA's decision to act against the bendy wings.

“Where we strongly disagree is the timing of the implementation," he stated. From our point of view there is no reason, after not just one team had already the advantage of doing things, which from our view, are clearly against the regulations.

"They had that advantage already for several races, which is something we are obviously not happy with.

"But now, allowing them to have a further advantage for some more races, it’s clearly something we strongly disagree with and are in conversation with the FIA.

“We simply hope that the FIA shows a very strong hand now, because from our point of view, it’s simply not acceptable. It puts teams that comply with the regulations at a big disadvantage.”