Charles Leclerc claimed a second consecutive pole position for Ferrari by topping the times in a hectic, incident-packed qualifying session for the 2021 Azerbaijan Grand Prix.

Despite Mercedes having appeared to be all at sea throughout practice, Lewis Hamilton somehow managed to salvage second on the grid ahead of Max Verstappen and Pierre Gasly for Sunday's race, although his team mate Valtteri Bottas will line up in tenth.

The eventful session featured four red flags. Two came during Q1 triggered by crashes for Lance Stroll and Antonio Giovinazzi, and another curtailing the second round when Daniel Ricciardo planted the McLaren into the wall at turn 3.

A final red flag at the end of Q3, triggered by AlphaTauri's Yuki Tsunoda having a similar accident at the same spot, meant drivers were denied their chance to make a final push for glory. 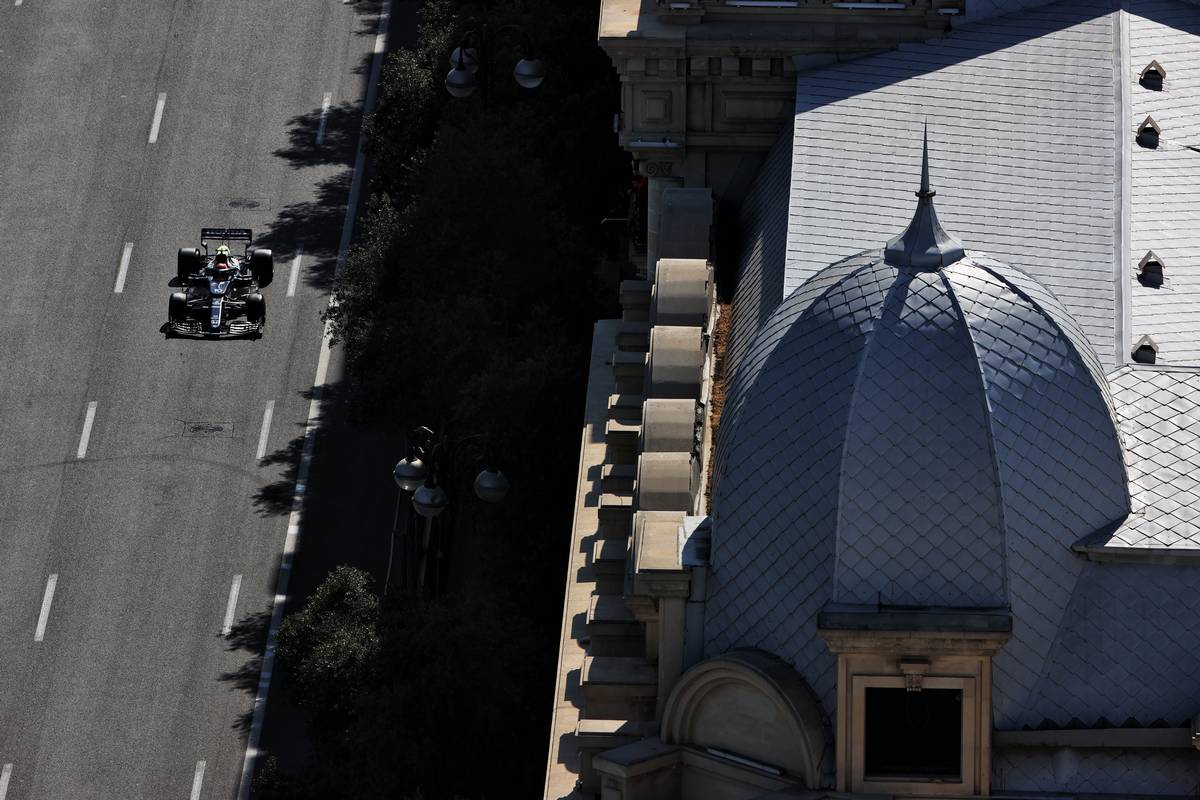 A hot and sunny afternoon brought little cheer to some of the biggest names in the Formula 1 paddock in Baku, with Mercedes still battling to recover from a slump in form for Lewis Hamilton and Valtteri Bottas, and Max Verstappen having to bounce back from a costly accident midway through final practice on Saturday morning. It had opened a potential window of opportunity for the likes of Verstappen's team mate Sergio Perez, Ferrari's Charles Leclerc and Carlos Sainz, and AlphaTauri's Pierre Gasly to capitalise on in qualifying.

Q1: Hamilton beats the Bulls after red flags for Stroll and Giovinazzi

There was no time to waste and a long queue had already formed at the end of pit lane waiting for the lights to turn green, making traffic an immediate headache for all concerned. "It's a mess, boys" summarised Haas' Nikita Mazepin. Everyone except the Mercedes drivers were on soft tyres, with George Russell left minding the store back in the Williams garage as the engineers worked feverishly to complete a power unit change following a water pump issue in the earlier practice session.

Leclerc had just posted the first representative time of the session with a lap of 1:42.532s when Lance Stroll locked up going into turn 15> He attempted to make the corner anyway and ended up in the barrier, inflicting significant front-right damage to the Aston Martin. The track was red flagged as Stroll climbed out of the car and the marshals picked up the pieces. With the exception of Leclerc, no one else had been able to complete a push lap before being recalled to pit lane. But at least it was good news for Russell with the Williams mechanics gaining a few precious minutes to complete their work before the resumption.

Once again the drivers were keen to get back out, with Russell now able to join in the fun but his team mate Nicholas Latifi hanging back, while both Mercedes joined the rest of the field on soft tyres for the rest of the afternoon. Sainz went to the top of the times with his opening effort proving 0.411s quicker than that of his team mate. The Red Bulls then arrived en masse to take the top two spots, with Verstappen quickest of the pair with a lap of 1:41.760s and Perez two tenths behind. 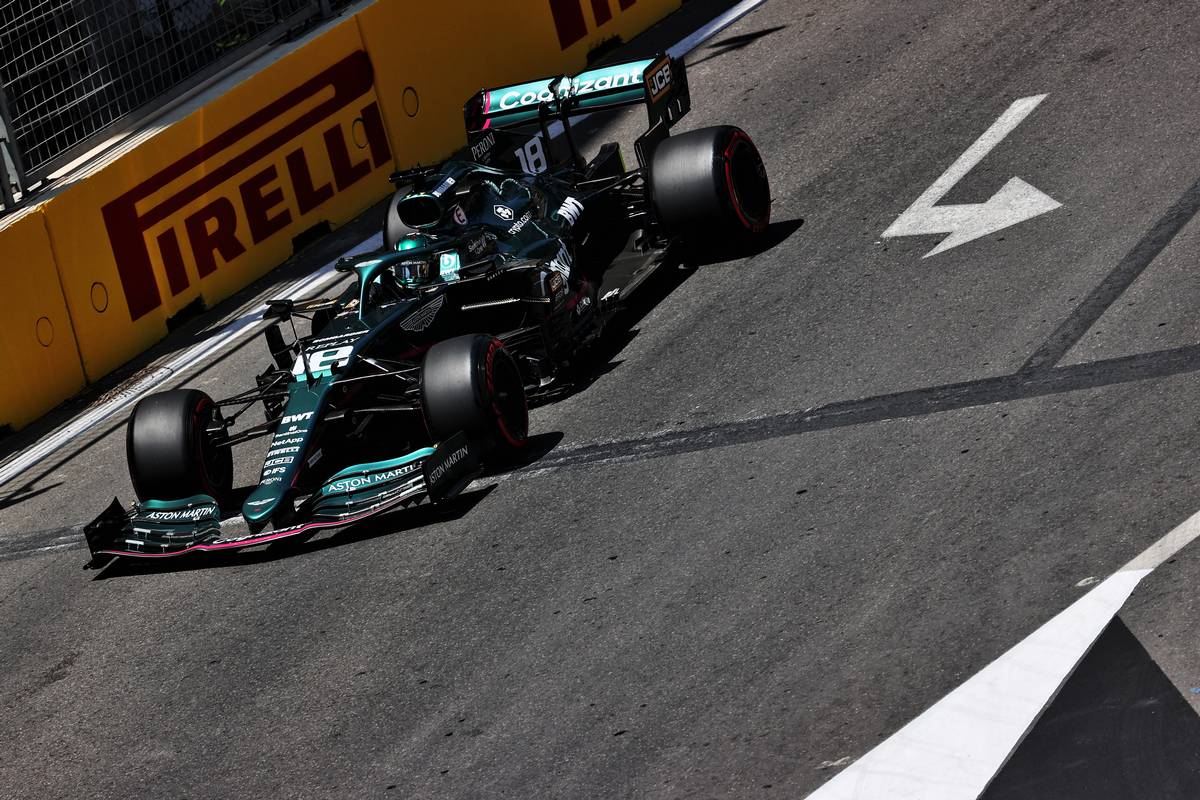 Esteban Ocon, Sebastian Vettel, Fernando Alonso, George Russell, Mick Schumacher and Nikita Mazepin all duly set times, but then came another accident at turn 15. This time it was Antonio Giovinazzi understeering the Alfa Romeo into the barriers in a virtual replay of Stroll's misfortune, likewise triggering another red flag just a few seconds before Lando Norris was able to complete his push lap. It earned the young Briton an appointment to meet with the stewards to discuss a possible infringement of red flag procedures for not pitting immediately. Others still to set a time included Gasly, Hamilton, Bottas, Kimi Raikkonen, Yuki Tsunoda and Daniel Ricciardo.

The interruptions meant that there were now just nine minutes remaining on the clock, and there was only enough time for one flying lap effort rather than the two the teams would have been expecting. No surprise that the queuing at the end of pit lane started over a minute before the scheduled restart time, with Latifi taking point this time followed by Schumacher.

Almost from thin air, Hamilton finally found some pace and was able inject himself between the two Ferraris in fourth place albeit still four tenths slower than Verstappen. He found more time on his next lap to go top by two tenths. A last gasp lap put Norris safe in fifth ahead of Leclerc, while Gasly's effort was good enough for seventh ahead of Ricciardo and Ocon, with Vettel proving good enough to pip Tsunoda to tenth. Also safe were Bottas in 12th followed by Russell, Raikkonen and Alonso. Those ruled out were the usual suspects of Latifi, Schumacher and Mazepin who joined the accident-prone Stroll and Giovinazzi on the sidelines as observers. 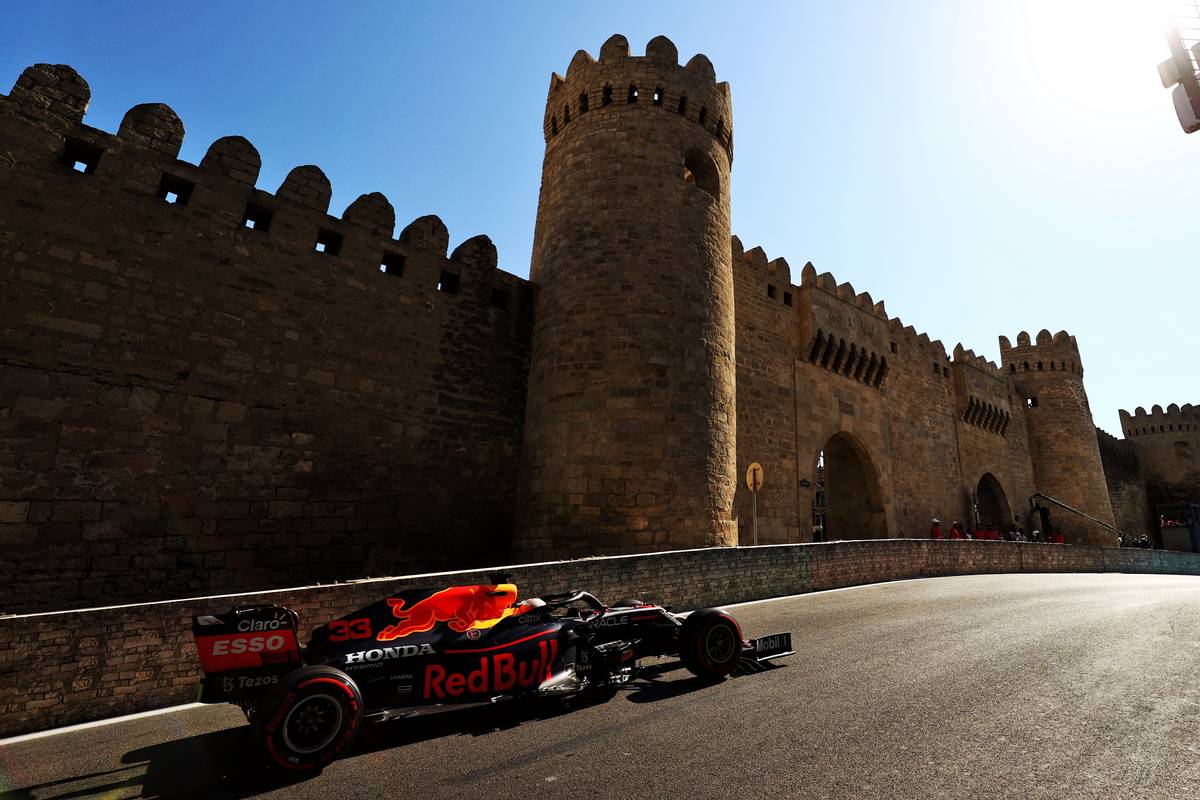 The disruption to the first round meant that the team's tyre usage tactics had been turned on their head. This time it was Vettel dashed to the front, with Sainz - the man who replaced him at Ferrari - tucking in behind in the hope of picking up a helpful slipstream. Everyone was on soft tyres, with Gasly, Tsunoda, Raikkonen and Russell opting for single runs later in the round.

Perez took the early honours with a time of 1:41.630s to go three hundredths quicker than Leclerc, and Sainz proving quicker than Verstappen by a similar margin. Norris was back up to fifth ahead of Alonso, Vettel, Ocon and Ricciardo, but the two Mercedes drivers failed to find space for a clean lap and aborted their initial runs before going again. This time Hamilton was quick enough to go second, just four thousandths off Perez' pace, while Bottas was also currently safe in seventh. until he was deposed by Gasly making his delayed run.

Verstappen then improved by enough to go first, meaning that the top three were now covered by less than a hundredth of a second. Six tenths covered the top ten followed by Ocon, Tsunoda, Ricciardo and Raikkonen, along with Russell when the Williams finally made his run. But things were far from settled, and Tsunoda then set off shockwaves by vaulting up to fourth just 0.029s behind Verstappen and five thousandths ahead of Leclerc, pushing Bottas down to ninth in the process. The Finn was now ominously close to dipping into the elimination zone.

But before anyone could follow the Japanese driver's example, the session was back under a red flag. This time the cause was Ricciardo who had steamed into turn 3 with little chance of avoiding collecting the wall. It stopped the clock with a minute and a half to go, meaning there was no chance of resuming - much to Vettel's huge frustration, the former champion having missed out on making it into Q3 by just three hundredths of a second. Also ruled out of the top ten pole shoot-out were Ocon, Raikkonen and Russell, as well as Ricciardo. 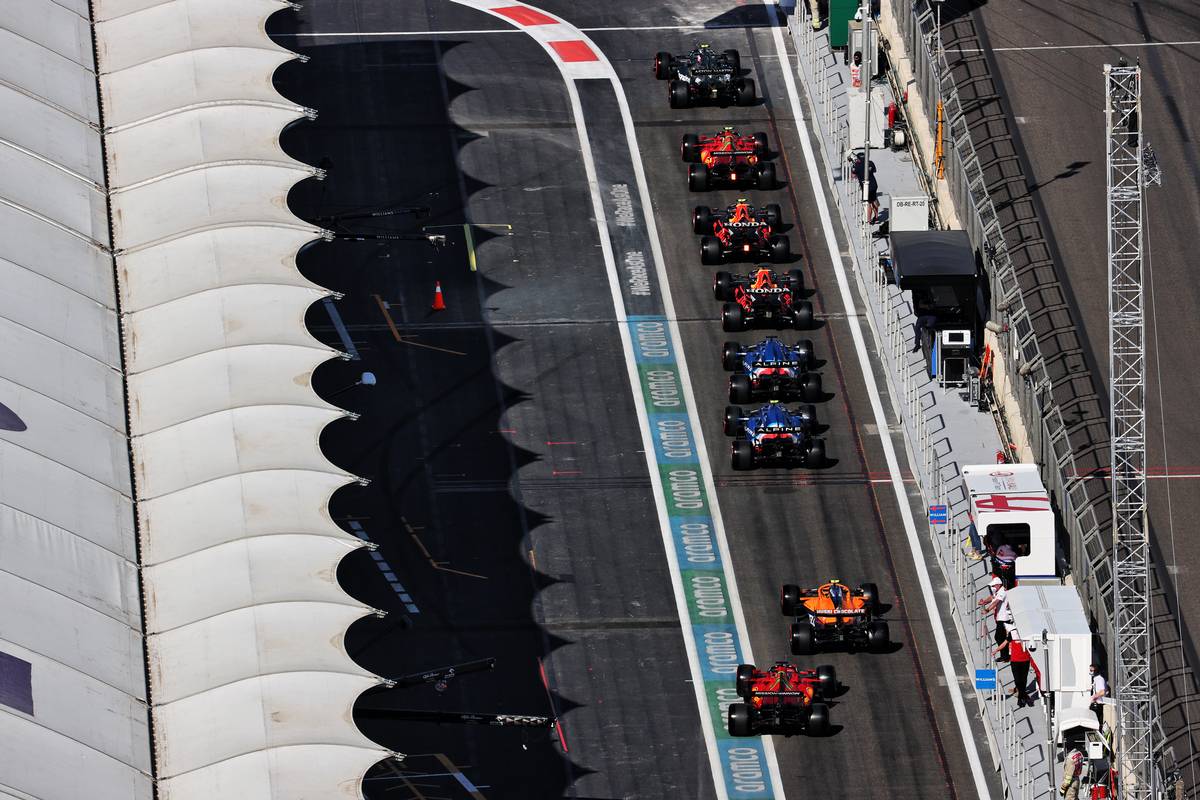 After a further brief delay while the crumpled McLaren was retrieved on a low loader, the final round was under way and there was still no way of predicting who would end up on pole after such razor thin margins in Q2.

A tow helped Leclerc set the first representative time with a lap of 1:41.218s, comfortably ahead of Verstappen and Sainz, with Norris checking in to fifth ahead of Perez and Alonso. The two Mercedes had a slow warm-up before Hamilton finally punched in a time good enough for second with the help of a tow from Bottas - who was only eighth without the same helping hand. However the two AlphaTauris had yet to show their hand, and when Gasly came out he was good enough to claim fourth place and depose Sainz from the second row.

With the session almost at an end, there was now frantic jockeying for position as Leclerc lead the cars on their way to start their final runs, with everyone seeking a tow from whoever was nearest. Cars almost came to a standstill at the final corner before Leclerc leapt away, but the whole process proved academic as Tsunoda promptly went into the wall at turn 3 and a distracted Sainz spun in reaction, rear-ending the barrier in the process.

The combined incident triggered a fourth and final red flag, leaving Leclerc celebrating a second consecutive pole for Ferrari ahead of Hamilton, Verstappen, Gasly, Sainz, Norris, Perez, Tsunoda and Alonso. An unhappy Bottas proved the slowest of the ten cars taking part in the shoot-out.