Sebastian Vettel admitted to feeling uneasy after Max Verstappen's crash in the closing stages of the Azerbaijan Grand Prix, wondering who would be next to suffer a tyre failure in the race.

The 51-lap event in Baku was marked by two big crashes caused by tyre failures, the first of which occurred on lap 29 and involved Vettel's Aston Martin teammate Lance Stroll.

"I didn't know what had happened," Vettel explained after last Sunday's race

"I thought he might have hit the wall on the outside in Turn 19, but when I passed there on the next lap I saw no traces of that. The team told me Lance was fine. was, but it was strange."

Having speculated that the Canadian's misfortune had been caused by a puncture or a failure of some sort, Vettel's concerns really grew later on in the race when he arrived upon a litter of debris spread across the track towards following Verstappen's heavy contact with the wall.

For Vettel, tyres quickly became a cause for concern.

"When Max Verstappen also crashed it became clear that the question 'who's next?' presented itself," Vettel said.

"This should not happen, so an investigation is in order. It happened at the worst possible point.

"It can go really wrong, as we are going over 300 km/h there and there is a wall at the entrance to the pit lane."

The four-time world champion fortunately completed the race without drama, crossing the checkered flag in second place and scoring Aston Martin's for podium in F1. 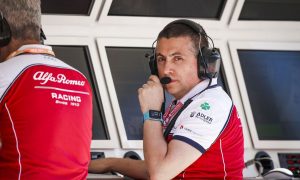 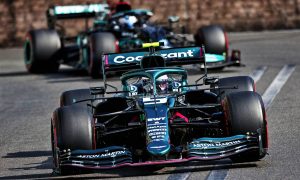 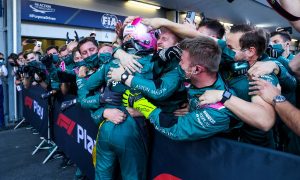