IndyCar debutant Kevin Magnussen says he'll head into his first race in the series this weekend at Road America "the least prepared I've ever been".

Magnussen will jump into the IndyCar fray with Arrow McLaren SP as he fills in for regular driver Felix Rosenqvist who is sitting out this weekend's round to allow himself a little more time to recover from the massive crash he suffered last week in Detroit.

Magnussen, who migrated to the US earlier this year after leaving the Haas F1 Team, currently races with Chip Ganassi Racing in the IMSA WeatherTech SportsCar Championship.

But the 28-year-old Dane was somewhat of a surprise choice for Arrow McLaren SP. However, Magnussen is determined to embrace the one-off chance and challenge to race in IndyCar despite his complete lack of preparation.

"It doesn't really compare to any experience I've had," he admitted. "This is certainly the very least prepared I've ever been to step into a race.

"But at the end of the day, it's not the greatest circumstances when you've got a driver out who got hurt in a crash. I think he's (Rosenqvist) recovering very well.

"But yeah, when you get an opportunity like this, I'm a racing driver, a passionate one, and when an opportunity comes to go and drive an awesome race car like an Indy car, I had to take it." 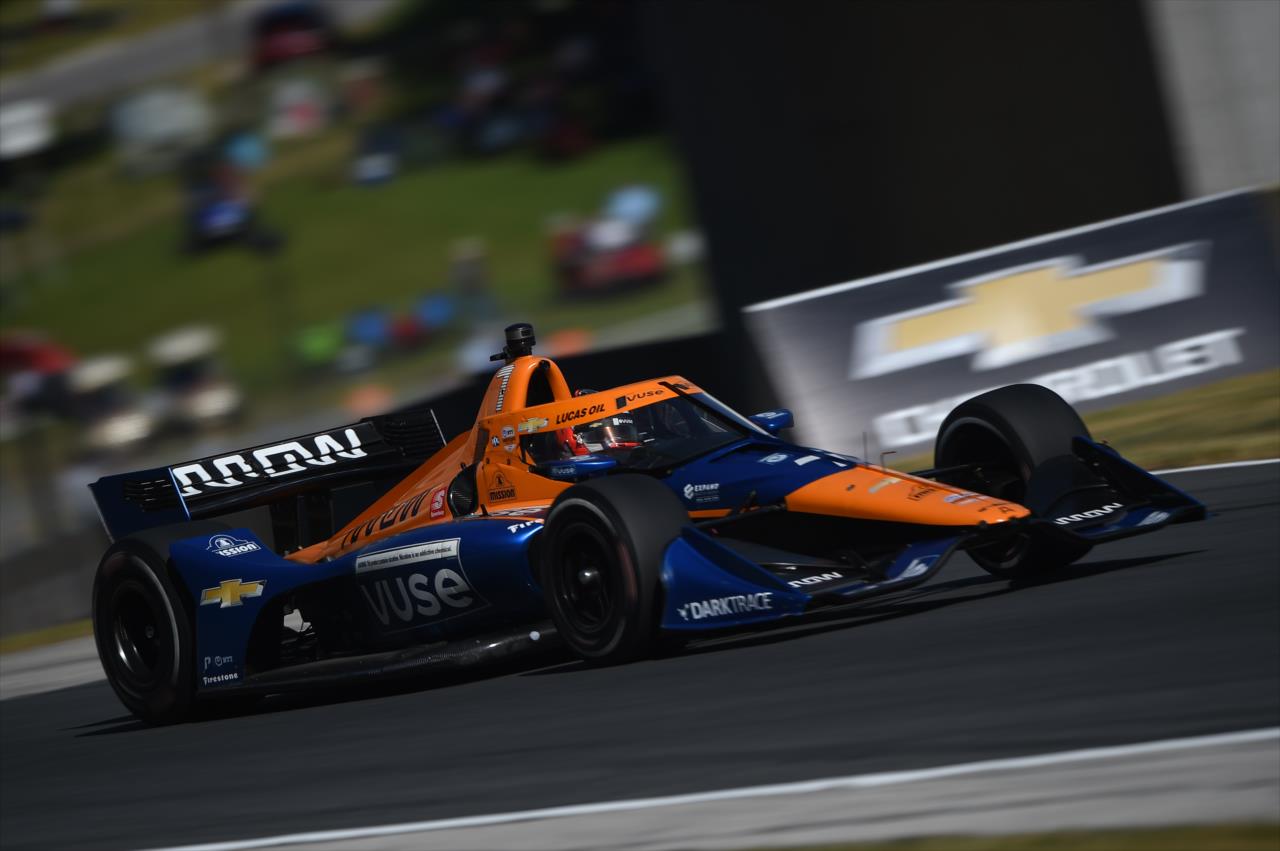 At Road America, Magnussen joined up with former Haas teammate Romain Grosjean who was more than happy to provide his old friend with a few pointers.

"He was actually very helpful and giving advice and just kind of letting me know the obvious and most biggest differences from IndyCar to F1," Magnussen said.

"But you know, I'm going to have a great team behind me this weekend to guide me through this crazy challenge, and I'm really here to just experience and enjoy and hopefully have a good result on Sunday. But most of all learn and enjoy."

Ahead of his baptism of fire, Magnussen also received some precious advice from IndyCar's latest winner or none other than his AMSP teammate Pato O'Ward with whom the Dane walked Road America's 4-mile course on Thursday evening.

"I'll help in any way I can, but he's a top driver, so I'm sure he's going to get around to it very naturally," said the Mexican.

"But yeah, as I told the team and told him, I'm an open book, so anything you may need or anything you need, I'm here to help. I want both cars to be at the front this weekend."

As for Magnussen, the rookie clocked in P23 and 2.814s adrift from Grosjean's fastest lap.

Mercedes could delay Bottas decision until next winter!