The French Grand Prix stewards absolved Sergio Perez of any wrongdoing following the Red Bull driver's pass on Valtteri Bottas in the closing stages of the race.

Perez was running fourth and snapping at the heels of the Mercedes driver with just four laps to go when the Mexican pulled out of the Finn's wake on the approach to the high-speed Signes corner.

Perez completed the pass and seized third but ran wide and across the white line on the exit, a maneuver that caught the attention of the stewards.

Mercedes boss Toto Wolff said the team abstained from bringing Bottas in for a clean set of tyres as it genuinely believed that Perez would be handed a penalty for exceeding track limits and teh Finn would thus regain the track position. But such was not the case.

"The Stewards determined that Perez had fully completed the pass on Bottas by the time he left the track at Turn 10," read the stewards' note. "This made the fact that he left the track subsequently as a standard “track limits” question.

"The Stewards determined that Perez lost sufficient ground in the following turn that he could not be deemed to have ‘gained a lasting advantage’." 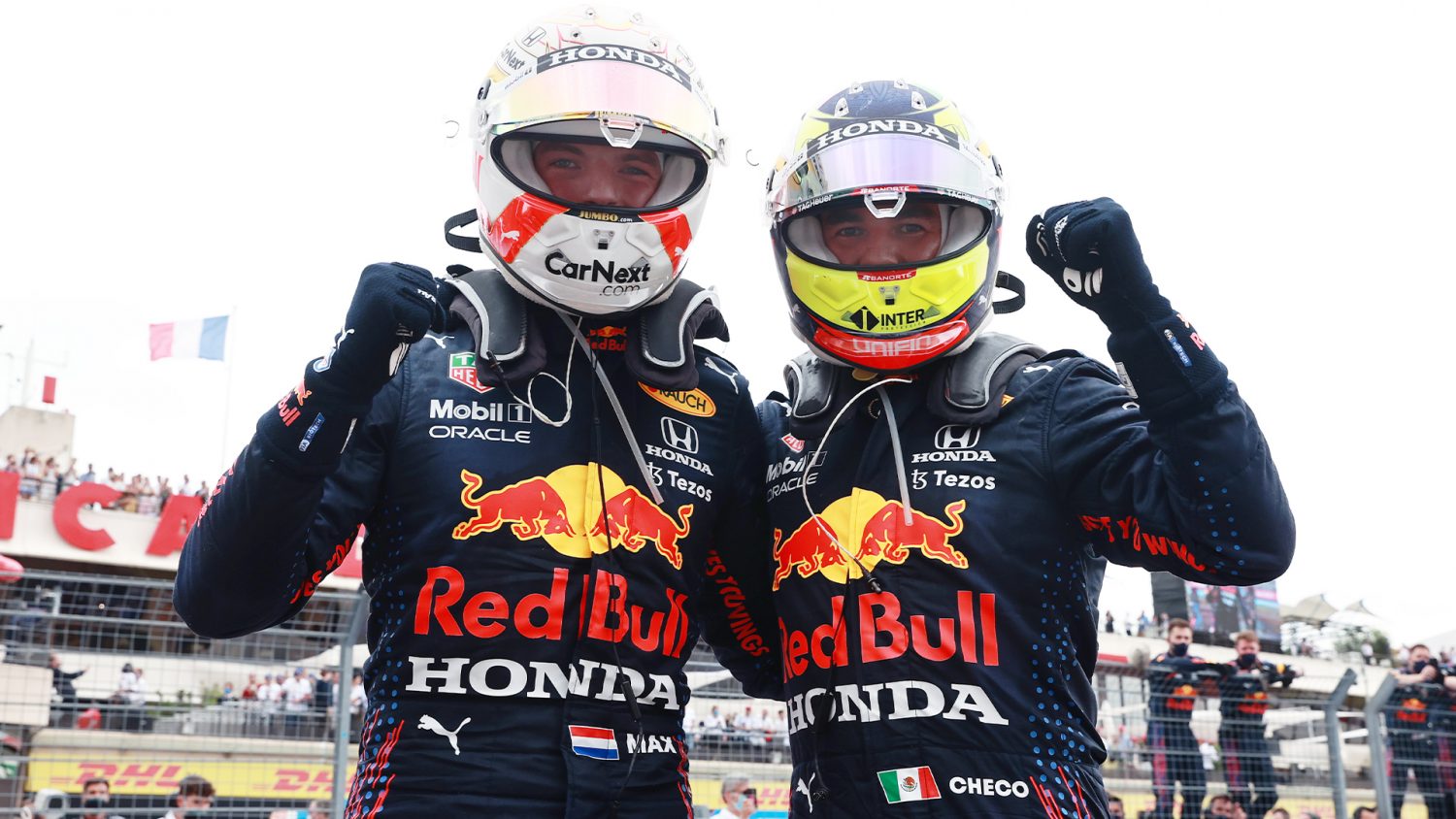 Perez thus completed the podium at Paul Ricard after a race in which he ran a longer first stint than any of his front-running rivals.

"For the first five to 10 laps, the car was pretty much undriveable with the wind," said Perez. "We obviously ran less downforce today so it was pretty hard to keep up.

"But then, probably as the wind was getting calmer and the track was getting better. I started to pick up more rhythm, and we managed to go quite long, on the first stint.

"I think that really paid off towards the end. I think the degradation was quite a lot higher than expected today. So yeah, I think we did a great race, and a great strategy from the team."

Perez reckoned that he likely lacked a handful of laps to catch Hamilton and deliver a one-two to Red Bull.

"Unfortunately, there were not many laps left, I think we needed about three more laps to get Lewis. He was three seconds a lap slower towards the end.

"My weekend wasn't as complete as I would have liked it to be; We just have to keep pushing to make sure that we are in contention for the in the next race."

Wolff admits Mercedes 'has lots to learn' after France