BMW i Andretti's Maximilian Günther offered his team a home win in Saturday's New York E-Prix, the German driver moving ahead late in the race following a clash between Nick Cassidy and Jean-Eric Vergne.

From pole position, Envision Virgin Racing's Cassidy led the field off the grid from DS Techeetah's Vergne while Mahindra's Alex Lynn overshot the first corner and lost the benefit of his P3 qualifying position.

Cassidy maintained his edge in the early stages of the 45-minute race and was the last driver among the front-runners to activate his attack mode, although he held his top spot from Vergne, Sebastien Buemi, Günther and Lucas di Grassi.

A clumsy move by Porsche's Pascal Wehrlein who clouted the rear of Lynn's Mahindra cut the day short for the German whose teammate Stoffel Vandoorne was engulfed in the lower echelons of the pack. 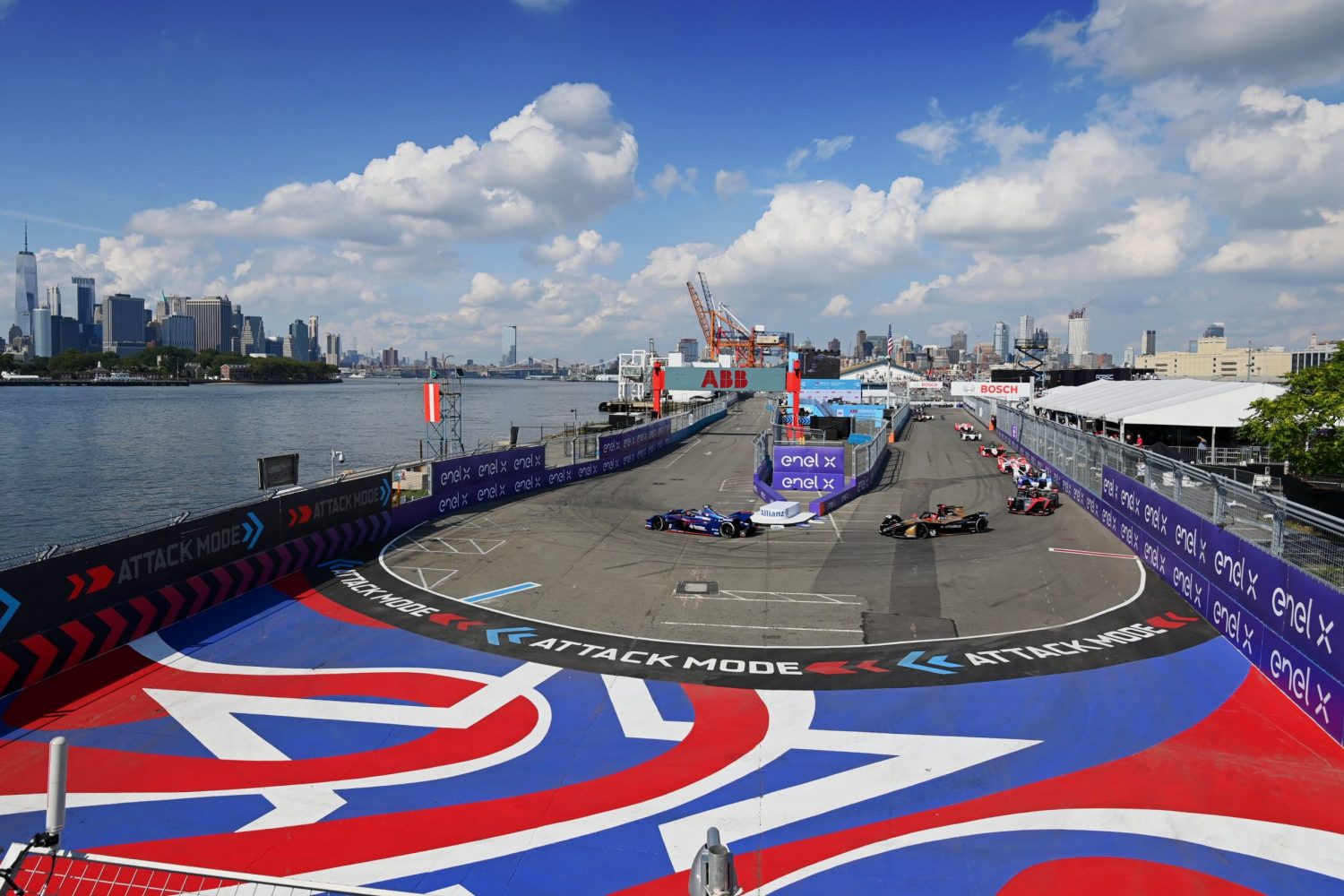 With a little over 20 minutes left on the clock, the top nine drivers had all taken their full attack mode boosts, leaving the contenders to deal with a straightforward final tussle.

Cassidy then suddenly came under threat from a fan boosted Vergne who pounced on the Virgin driver at the hairpin. It looked all cut and dried for the Frenchman until he messed up his braking which provided Günther with an opportunity to overhaul both Vergne and Cassidy.

The BMW i Andretti charger moved ahead and never looked back to cross the checkered flag from Vergne, di Grassi, Cassidy, Frijns and Buemi who completed the top 6.