Lewis Hamilton pulled out all the stops to delight his cheering fans at Silverstone by topping Friday's British GP qualifying session ahead of Max Verstappen and Valtteri Bottas.

It was a closely fought battle between the pair, with the Mercedes driver just managing to fend off a late bid from his Red Bull rival in the battle over who will start from P1 in Saturday's sprint race.

Williams' George Russell also thrilled the British fans by making it through to the final round and going on to claim eighth on the sprint grid ahead of Carlos Sainz and Sebastian Vettel. 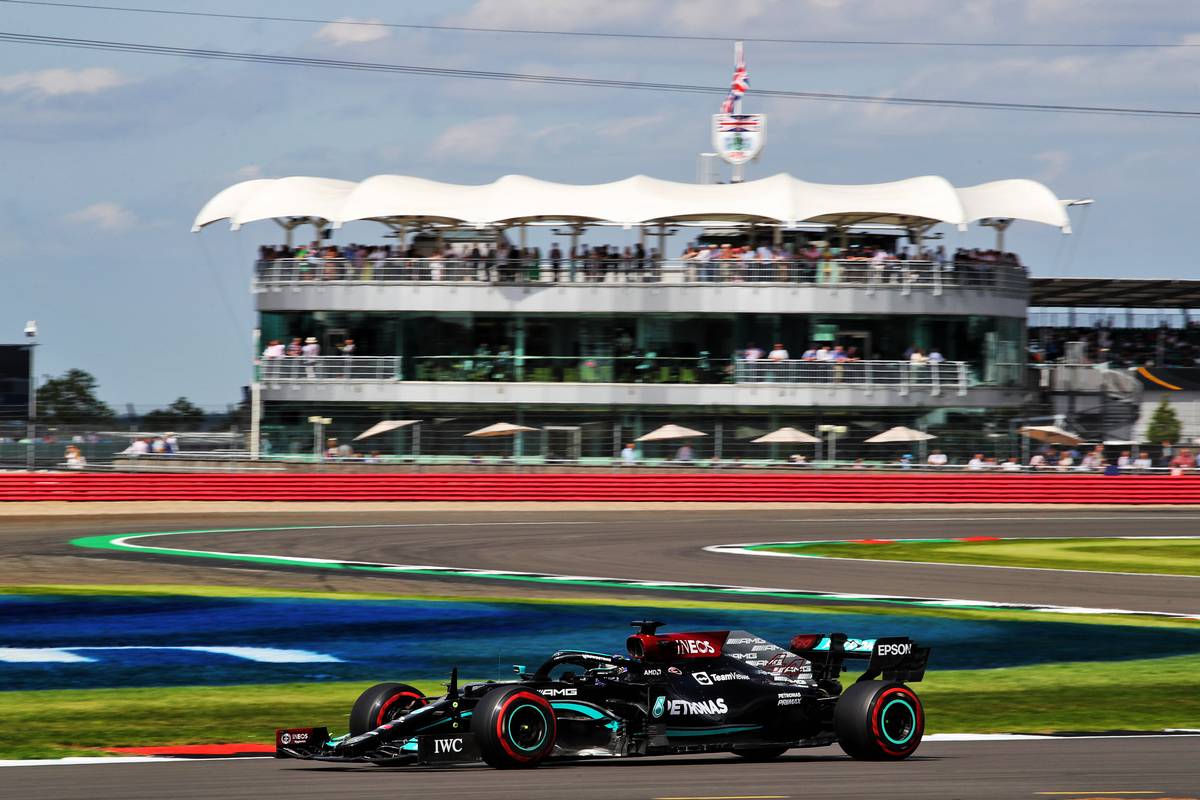 A hot, sunny and packed Silverstone was the setting for an unprecedented Friday evening qualifying with a twist: not only because of the change of day, or the way that teams had only been given one hour of practice to prepare, but the fact that this session wouldn't actually set the grid for the start of the Grand Prix. Instead it would decide the line-up for Saturday's short sprint race, the result of which would in turn finalise the order for the start of Sunday's race.

But all that aside, the actual format of the one-hour qualifying was itself unchanged, split into three knockout rounds. The only difference is that tyre selection was not an issue, with everyone running on soft tyres with a free choice of compound for tomorrow and Sunday.

Q1: Verstappen ahead of Hamilton as Tsunoda misses the cut

Making a small piece of Formula 1 history by being the first driver to take to the track on this rejigged format was Carlos Sainz, but in no time at all there were several cars running close behind the Ferrari. There was good news for the home crowd when McLaren's Lando Norris took the early lead with a time of 1:28.277s, a tenth ahead of Antonio Giovinazzi, Pierre Gasly and Fernando Alonso.

The big-hitters then made their presence felt with Red BUll's Sergio Perez topping the times with 1:27.788s which was quickly bettered by Charles Leclerc and then by both Mercedes drivers working on a mutually beneficial tow, Lewis Hamilton going three tenths faster than his team mate Valtteri Bottas. All eyes then turned to Max Verstappen, who had topped the earlier one-hour FP1 and now went four tenths quicker than Hamilton with a time of 1:26.751s. 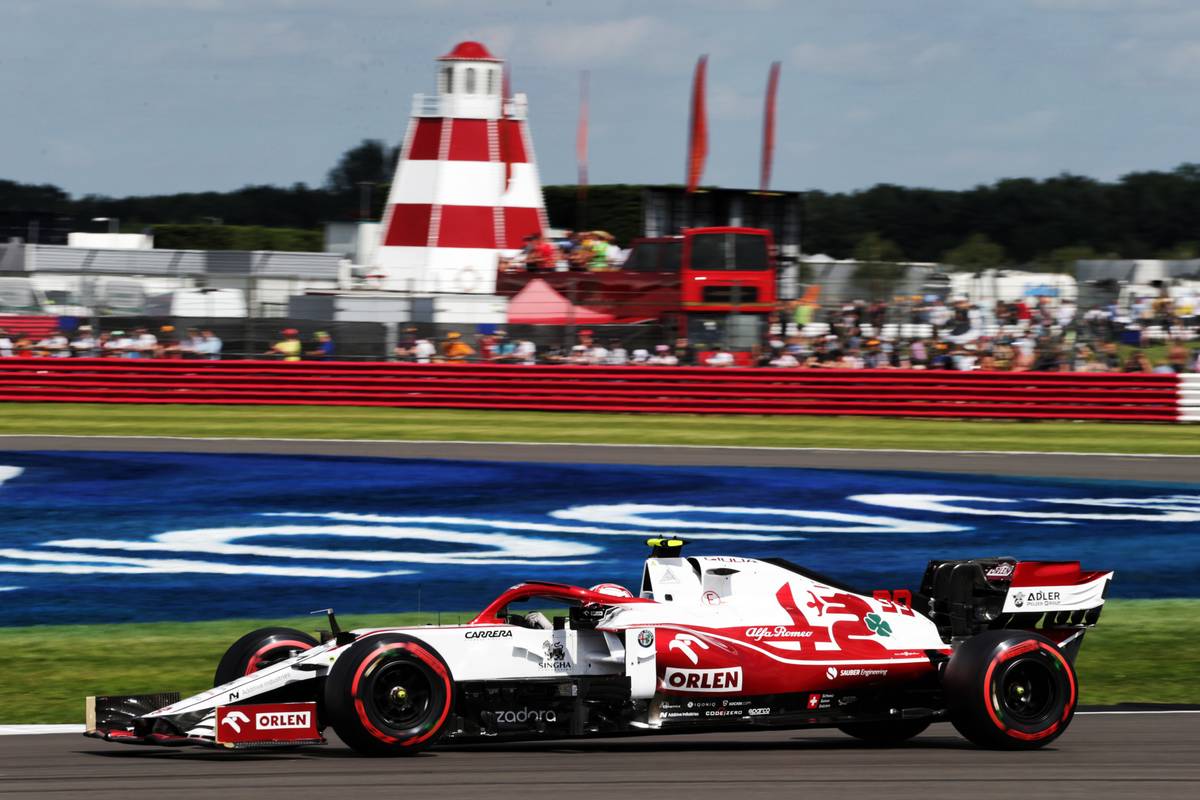 Those in the drop zone after the first runs were the two Haas drivers Nikita Mazepin and Mick Schumacher, together with Aston Martin's Lance Stroll and Alfa Romeo's Kimi Raikkonen. Esteban Ocon was the final driver to set a time which put the Alpine sixth fastest and backed Sainz into the drop zone, although it was only a matter of seconds before the Spanish driver leapt to safety in the top ten ahead of Leclerc with his second effort, the Monegasque having run wide onto the kerbs during his follow-up run.

With Raikkonen also finding more speed on his second run, McLaren's Daniel Ricciardo was now in the bottom five facing a battle to make it into the second round, together with Williams Nicholas Latifi. Fortunately Ricciardo's next run saw a huge improvement putting him up to seventh, with Norris also finding more speed to jump up to third and split the two Mercedes cars.

Most of the field were back in action for one final run before the chequered flag. Hamilton managed to get within 0.035s of Verstappen who opted to remain in the garage. Elsewhere track evolution helped summon some impressive efforts from Leclerc, Perez, Ricciardo, Sainz and Ocon all of whom moved ahead of Norris and Bottas. Sebastian Vettel also found safety in tenth ahead of Alonso, Giovinazzi and Gasly, with George Russell once again making it into Q2 for Williams and Stroll also managing to just claw his way to safety leaving AlphaTauri's Yuki Tsunoda in the drop zone along with Raikkonen, Latifi, Schumacher and Mazepin. 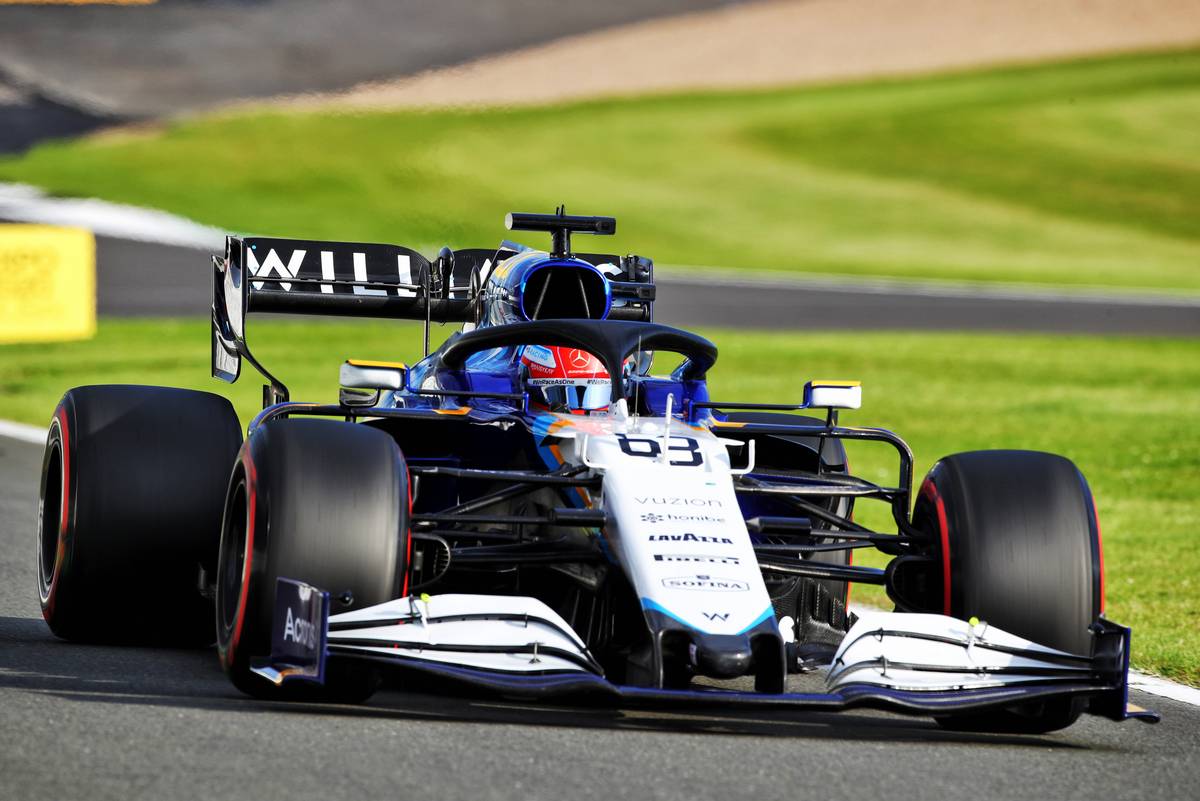 Q2: Hamilton moves ahead of Verstappen, Russell into Q3

In no time at all the cars were back out on track on the soft tyres, the choice of compound not being a factor in this weekend's qualifying session making this a raw speed trial.

Lewis Hamilton and Valtteri Bottas laid down early markers but once again Max Verstappen found more pace to go top with a time of 1:26.504s, just under a tenth quicker than Hamilton. Perez was fourth fastest ahead of Vettel followed by the two McLarens of Ricciardo and Norris, with Ocon, Gasly and Russell rounding out the top ten. That left Alonso, Stroll and Giovinazzi on the wrong side of the cut; the Alfa had run wide onto the kerbs on his run, sending up a shower of sparks that left his engineers wincing at the prospect of floor damage to the C41.

The Ferraris of Sainz and Leclerc were the last of the remaining 15 cars to make their runs, waiting for clear air in order to experiment with pulling off a slipstream tow down Silverstone's long straight. Leclerc eventually made his bow in seventh which was pipped seconds later by Sainz. After that there was a brief lull as the cars returned to the garage for final set-up tweaks before their final run of Q2.

A mighty effort from Hamilton produced a half second improvement for the Mercedes driver, throwing down the gauntlet for Verstappen who wasn't able to find enough on his own second run to take back the top spot. Bottas remained third with Sainz and Leclerc moving up to fourth and fifth ahead of Perez, but it was George Russell who produced the biggest cheer from the British crowd by putting the Williams into seventh place and safely into the final round along with Vettel, Ricciardo and Norris. Losing out as a result were Alonso, Gasly, Ocon, Giovinazzi and Stroll. 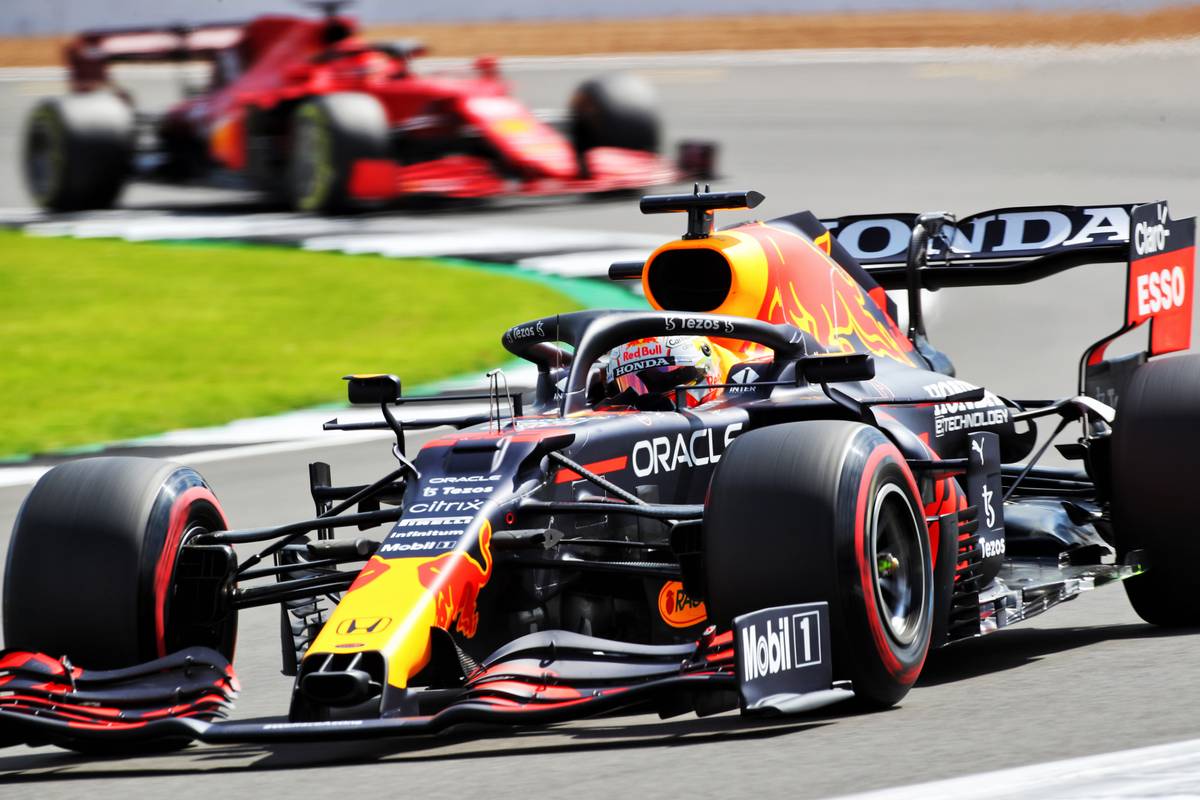 Q3: Hamilton hangs on to pick up sprint race P1

There were now just 12 minutes left to decide the front five rows for Saturday's inaugural sprint qualifying race. This time there was a cagey start, with drivers waiting two minutes after the lights went green at the end of pit lane before all coming out at once, jockeying for position in pursuit of a helpful tow, with the sole exception of Russell who opted to bide his time in the garage.

Despite have managed to run in last place in the wake of Hamilton, Verstappen was 0.172s off Hamilton's time of 1:26.134s and complaining about balance and understeering. Bottas was third quickest after his first run ahead of Perez, with just two thousandths separating McLaren team mates Norris and Ricciardo. They were followed by Leclerc and Sainz, while Vettel had his lap time deleted for exceeding track limits at turn 15.

Russell took advantage of the temporary lull to make his own run, boosted by cheers from every corner of the understandably partisan Silverstone circuit. The Brit duly powered to seventh ahead of the two Ferraris and within a second of Hamilton's provisional P1 time.

Once Russell returned to pit lane, it was time for the rest of the cars to undertake their final push laps of the evening. Hamilton threw everything into it and produced two purple sectors only to have a scrappy last few corners that left him short of his earlier time. That opened the door for Verstappen, but while the Dutch driver managed to improve it wasn't by enough and he ended up 0.075s short of stealing back the top spot for Saturday's sprint tace.

Behind Bottas, Leclerc found more time to jump up to fourth ahead of Perez, with a late run by Norris giving him the edge over Ricciardo, and Russell ending up in eighth ahead of Sainz and Vettel.