Lewis Hamilton said that Max Verstappen was 'very aggressive' in the opening lap of today's British Grand Prix and left him no space at Copse, which resulted in their dramatic collision.

Verstappen was sent off into the gravel and into a heavy impact with the tyre barrier that put him out of the race. Hamilton survived the encounter but was handed a ten second penalty by the race stewards for causing the collision.

That didn't go down well with the Red Bull camp who felt that Hamilton should have received a more severe sanction - even a suspension - but Hamilton insisted that the collision hadn't been entirely his fault.

"Of course I always try to be measured in my approach, particularly when battling with Max," Hamilton told the media in parc ferme after the end of the race. "He is very aggressive.

"I was fully alongside him and he didn't leave me any space," he continued.

"But regardless of whether I agree with the penalty, I take it on the chin and I just kept working," he added. "I wasn't going to let anything get in my way."

The FIA race stewards subsequently explained that Hamilton could have done more to avoid the incident, as he had room on the inside of Copse to avoid a collision, and found Hamilton "predominantly at fault" for the collision.

Hamilton has also received two penalty points on his F1 superlicence. That takes him to a total of four penalty points for the last 12 months, a long way short of the amount needed to trigger the automatic one race ban sought by Red Bull. 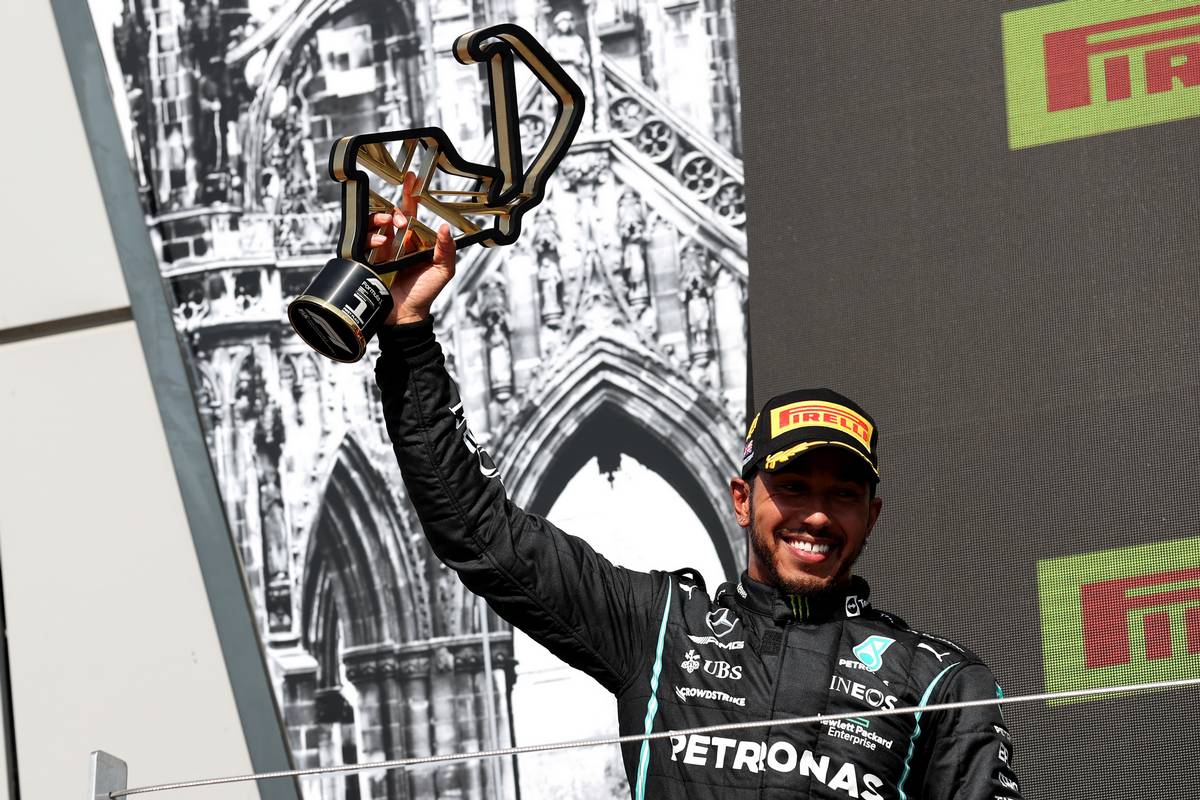 Although he dropped back to fifth place after serving his penalty, Hamilton went on to recover the lost positions, catching and passing longtime race leader Charles Leclerc with three laps to go.

Victory on the day - with Verstappen not adding to the three points he picked up for winning Saturday's sprint qualifying race - means that Hamilton is now within eight points of his rival in the drivers standings.

"This is a dream for me today to do this in front of you all," he told the cheering home fans in the packed grandstands. "Massively overwhelming, it was physically such a difficult race.

"I have been giving my all this past week in the factory, giving is absolutely everything trying to uncover performance in this car," he added.

Hamilton also thanked his team mate Valtteri Bottas, who accepted team orders to 'invert' the positions of the two cars at a crucial stage of the race.

"I couldn't have done it without the great team work from Valtteri and the amazing effort from the team," Hamilton acknowledged.

With Bottas picking up third place behind Leclerc, and neither Red Bull driver finishing in the points, Mercedes has slashed their rivals' advantage in the constructors standings to just four points after ten rounds of the 2021 season.