Haas F1 boss Guenther Steiner says he's confident that Mick Schumacher will sign an extension to his current contract with the team within a matter of weeks.

The 22-year-old son of seven-time world champion Michael Schumacher joined the team at the start of the year, making his F1 debut in Bahrain in March after winning the 2020 Formula 2 title.

An uncompetitive cars had meant that he is yet to finish in the top ten or score any points for the team.

But has consistently out-performed his team mate, fellow rookie Nikita Mazepin during the first ten rounds of 2021, although he came second best behind the Russian at the most recent British Grand Prix after the pair clashed at the start of the sprint qualifying race.

While Steiner confirmed that Mazepin already has a contract for next season - "everything is signed there, everything's fine" - Schumacher stirred interest last week by seeming to dodge questions about his own contract status.

"Obviously, my focus right now is really on here, now, and on the race," he told reporters at Silverstone. "We have the summer break, the summer shutdown coming soon, and that's really when I will be completely on that and then focus on that."

But Steiner gave a more confident impression, while acknowledging that the negotiations had been more complicated than usual given Schumacher's existing ties to Ferrari.

"There are a few things which just need to be sorted out," he told reporters last weekend. "It's a three-way contract, obviously, because he's got one with Ferrari.

"Because of [the] three-way it's always more difficult than when it is a straightforward one-to-one contact.

"There need to be a few t's crossed and a few i's dotted, and then we will get there," he added. [Mick is not] trying to say he's not signed. There are agreements in place."

There had been rumours that Schumacher might be snapped up by Alfa Romeo, which is also Ferrari-affiliated. 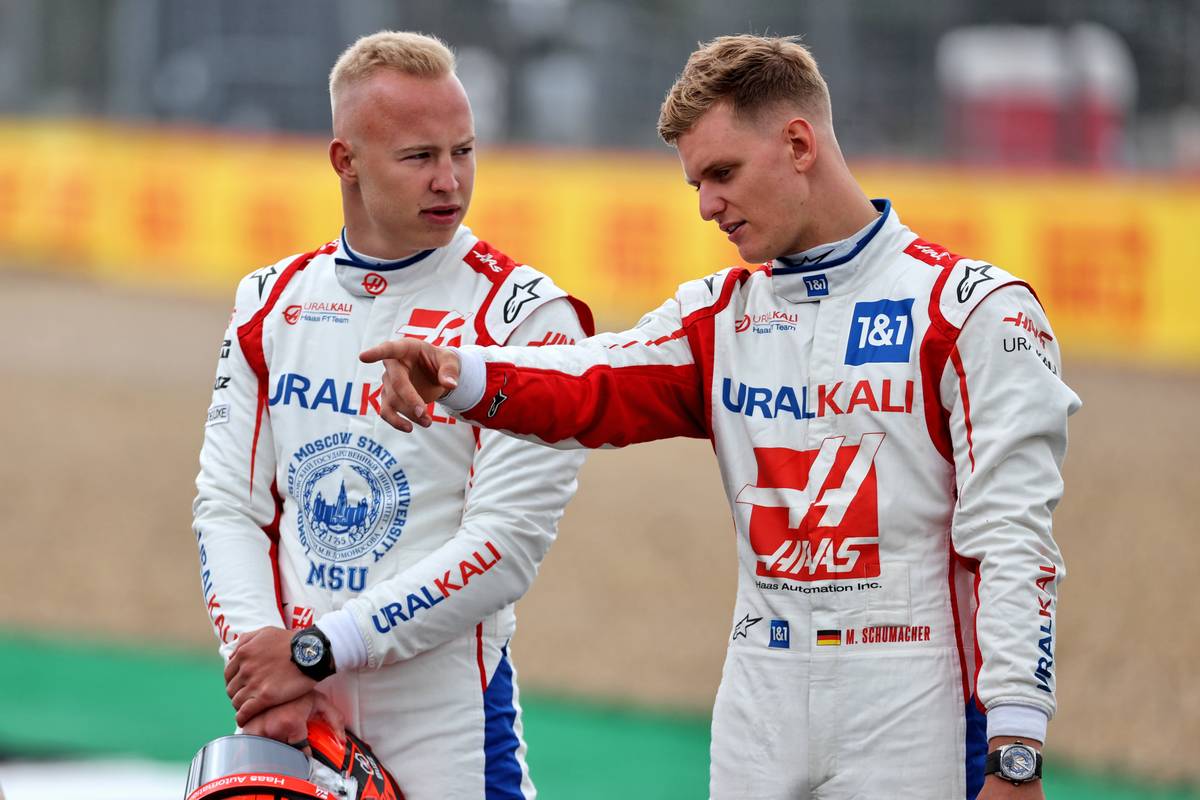 A change of team would allow the young German to show what he can do in a better car, after this year's Haas VF-21 proved deeply uncompetitive with few upgrades and developments available.

“These are rumours. This is Formula 1 playing up a bit," Steiner said of the Alfa stories. "At the moment it looks like we will be racing with the same driver pairing next year.

"We still have to clarify a few details, but everything else is clear. It won’t take long.”

Steiner added that it would be better for Schumacher's growth and development to stay where he was for a while longer.

“What is important for Mick to stay in the same team, to bring in a bit of a constant," he insisted. " He knows the people now, he knows our processes.

"I think he also likes to be part of the team. That’s why nothing speaks against him being with us remains.”

And Steiner insisted that if Schumacher did stay with the team in 2022 then he would be rewarded with a more competitive car.

“We’ll have a better car. How good, I don’t know yet. I’m confident that it will be okay. At the moment, nothing speaks against the fact that we won’t be as good or better as Alfa Romeo.”