Ferrari team principal Mattia Binotto has been talking of the importance of clean air to the performance of the current Ferrari SF21, as shown by the most recent outing at Silverstone.

Charles Leclerc took the lead of the British Grand Prix on the opening lap after Lewis Hamilton and Max Verstappen tangled at Copse.

When the race was restarted after a red flag, Leclerc surprised onlookers by fending off Hamilton to keep the lead for 49 of the 51 laps, until tyre wear ultimately meant he surrendered the lead with two laps to go.

Given that Ferrari had not shown that sort of robust performance elsewhere this season - with the exception of the two poles Leclerc claimed at the Monaco and Baku street circuits - many wondered where the pace had come from.

"Charles was ahead and in front and we could do our own pace," Binotto explained. "If you compare our two drivers, one of the two is stuck behind them and the other, they have clean air."

Binotto pointed out that Carlos Sainz found it difficult to run at the same speed as his team mate while in traffic after a wheel gun issue during his pit stop.

"When Carlos was in clean air he had the pace of Charles, so I think that's not our pace," he said. "It was a shame that a technical problem with a wheel gun at the pit stop cost [Carlos] at least one place."

Binotto suggested a comparison to Lando Norris' pace in the previous race in Austria where the McLaren finished on the podium for the third time this season.

"If you look at the Austria comparisons, Norris has been on the podium doing a fantastic race," Binotto told Motorsport.com. 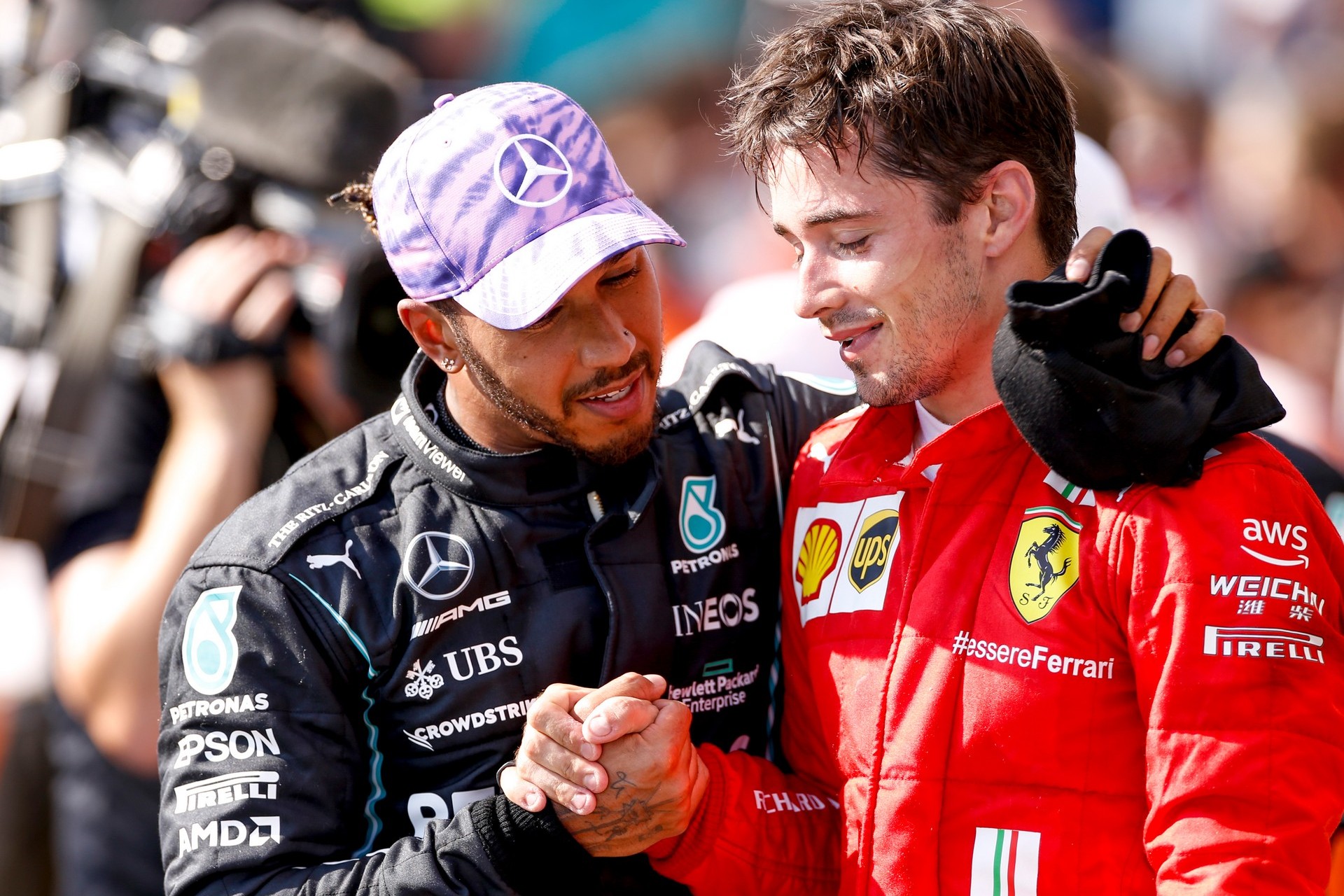 "But if we analyse his race pace in Austria, it was very similar to ours but we were simply stuck in the traffic.

"Being ahead from the start of the race is key somehow," he offered.

"We know we are not yet at the point to be fighting for the top places on a regular basis, as there are two cars that are faster than ours. But it's important that we are working in the right direction.

"I still think in front of us Lewis and Max have great speed, but I think we have recovered since France and that's the most important.

"After France where we had front tyre problems, I think that the team regrouped, worked on it, and somehow understood the weaknesses and somehow tried to address it.

"Now two races in a row that we had got good pace in the race, which has been our weakness as well at the start of this season.

"It shows that as a team we were progressing and that is what I am more pleased about, which is certainly more important, as well for the second part of the season now.

"After ten races, you've got 17 points more than what we had at the end of last season as a team, showing that certainly the progress is a lot.

"Now we are looking ahead to the next race in Hungary. It's a very different type of track to this one and we will be looking to confirm the progress seen over the past few races."