The 11th round of the 2021 F1 World Championship was a milestone event for Ocon and Alpine, with the French driver conquering his maiden win in F1 while delivering its first triumph to the Renault-owned brand.

But the Alpine charger took the lead after the second restart when Hamilton was forced to pit for a tyre change and put in a flawless drive to the checkered flag, despite the pressure exerted from Sebastian Vettel close behind.

"This was an extraordinary performance from Esteban Ocon," said Brawn in his post-race Monday debrief. "He has had a tough season as his team mate Fernando set a new benchmark for him.

"This race will be massive for the Frenchman. He was under pressure for 70 punishing laps and he didn’t put a foot wrong. Sebastian was hassling him the whole time.

"While he was fortunate to get in front, when he got there, he seized his opportunity. He also beat his team mate.

"All these factors will help build his confidence. He now knows that if he gets the chance to win a race, he is capable of getting the job done.

"He’s won in junior categories before but F1 is a step up – and he has delivered on the highest stage."

After winning his first race, Ocon was quick to credit Alonso for his staunch defence against Hamilton in the latter part of the race that earned the Spaniard the fans' vote as 'Driver of the Day'. 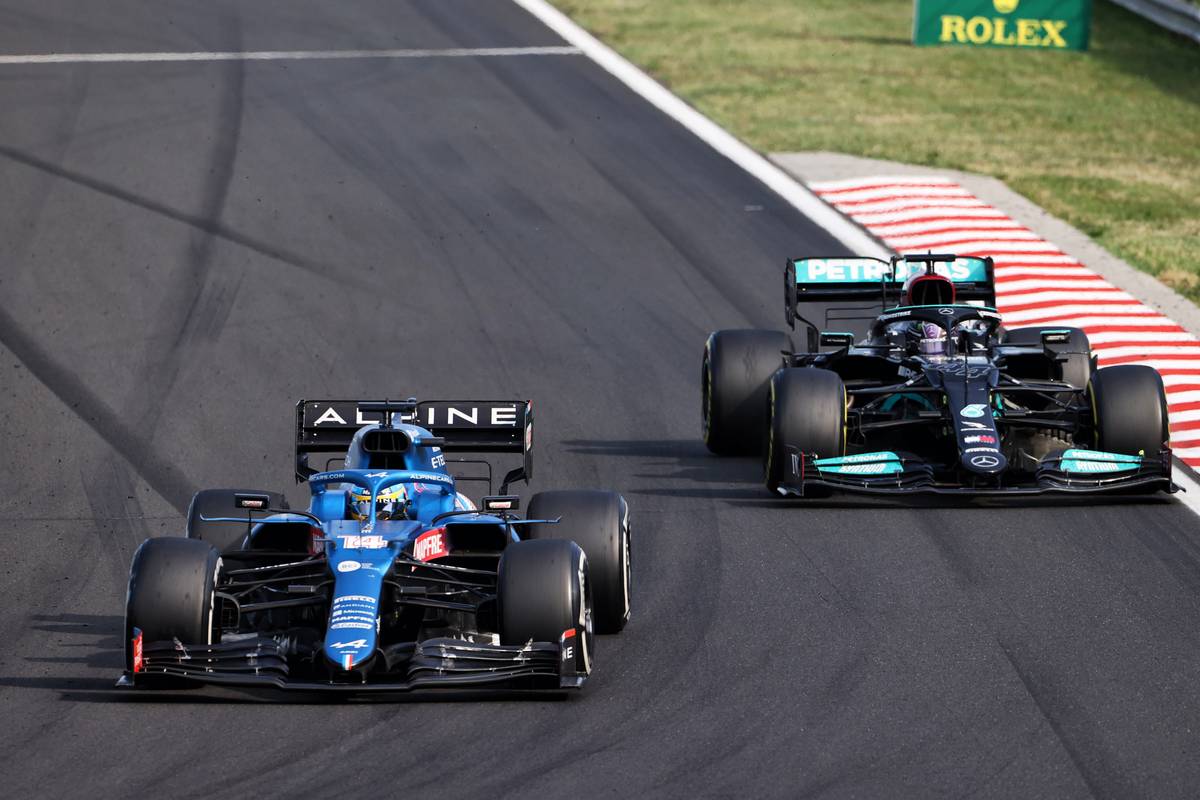 Alonso's "tough and fair" driving hampered Hamilton's charge and prevented both Ocon and Vettel from falling into the Mercedes driver's clutches in the final laps of the race.

"I’m glad Fernando won Driver of the Day, because I want to give him my vote as well," commented Brawn.

"It was a great performance. One of the Alpine drivers was going to get this award and it probably swung from Esteban to Fernando with that battle.

"What you see when Fernando is involved in F1 are incredibly tough battles but you always know he is going to be fair.

"I know Lewis was moaning a bit at one stage about Fernando’s defence, but I didn’t think it was a problem. Fernando was tough and fair and always gave just about enough space, which is what you have to do.

"It was a brilliant battle and hopefully a taste of what is to come in the second half of the season."