Saturday proved to be a tough day for Ferrari, with both Charles Leclerc and Carlos Sainz struggling in the difficult wet conditions at Spa-Francorchamps in qualifying for this weekend's Belgian Grand Prix.

Both men failed to make the cut at the end of the second round, with Leclerc just missing out in 11th place and Sainz two places further back in 13th. However they will each move up one place on the grid tomorrow thanks to a penalty for Valtteri Bottas.

Even so, that does little to take the sour taste out of their mouths for such a disappointing performance in today's session.

"Qualifying was tricky for us today," admitted Leclerc, whose car had to be rebuilt overnight with a new chassis after his accident in Friday afternoon practice.

"It was a shame as I was quite satisfied with the car balance and our overall performance wasn’t bad considering the track conditions," he continued. "With hindsight, maybe it would have been better to delay the tyre change in Q2, but that’s easy to say after the event.

"Now we have to concentrate on the race," he added. "It will be tough but at the same time exciting, with the weather no doubt playing an important role."

His team mate Carlos Sainz admitted that it had been difficult weekend so far, especially in qualifying. 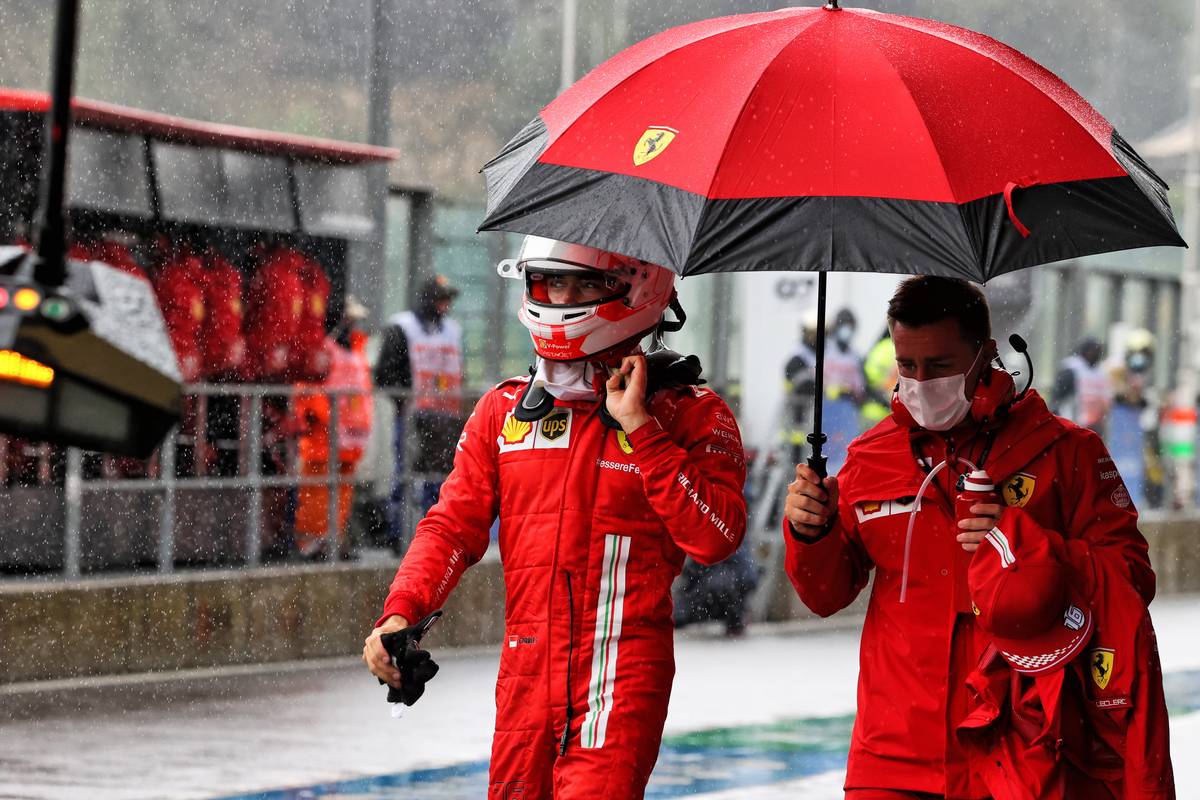 "We kind of expected it after the feeling we had from FP3," he said. "I’m not happy because I always enjoy driving in the wet. However, the balance and the grip weren’t there today.

"We struggled to get the front temperatures up and we had no feeling under braking. We need to look into it.

"Also, today was about getting out on track at the right time with the right tyre. With rain coming and going so quickly it was very difficult to get it right and we might have lost a bit of lap time there too.

"But it’s always easier to say it with hindsight," he said. "Lets see what the weather brings tomorrow. We’ll do our best to get the best result possible."

Ferrari racing director Laurent Mekies sounded equally glum, stating: "Our qualifying performance was well below our usual standard and so far this whole weekend has proved very difficult for us. 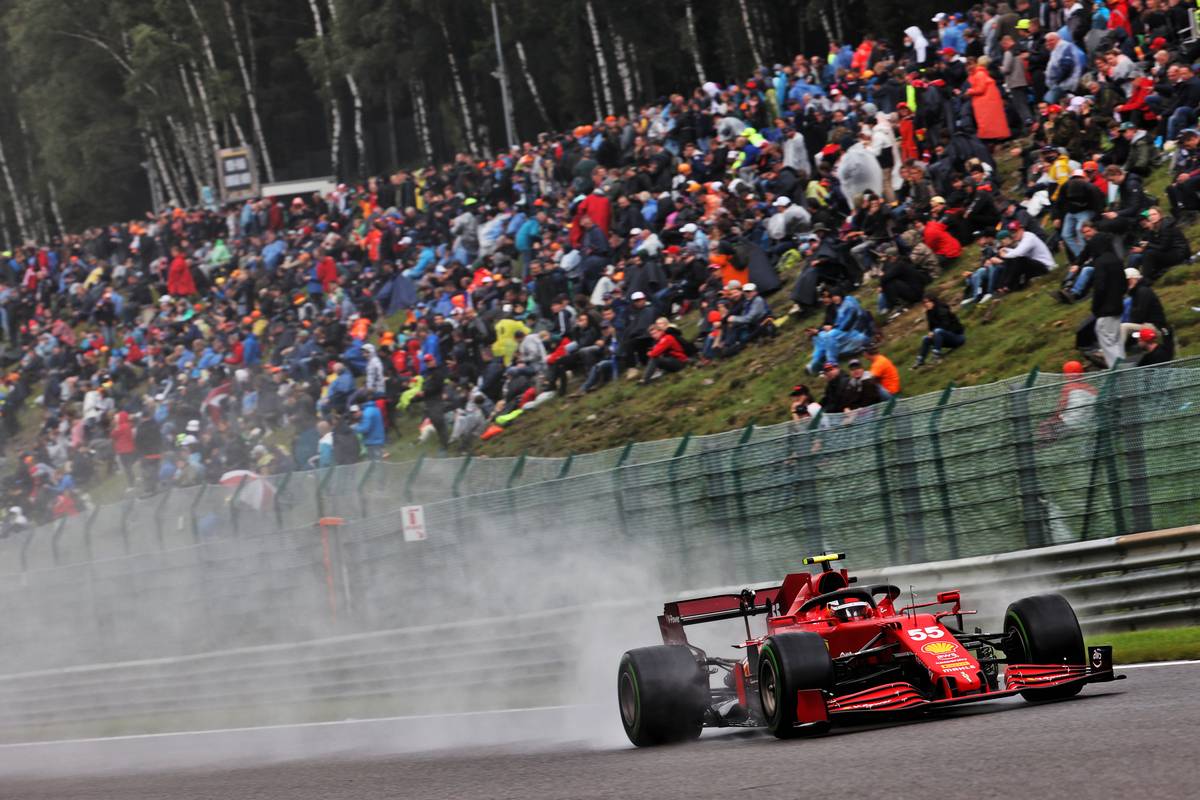 "We have not yet managed to get the most out of our car, neither in the dry nor in the wet, although the situation has improved slightly.

"When the conditions change very quickly, as they did today, it’s never easy to find the right moment to go out," he continued. "Having said that, it’s what happens tomorrow afternoon that counts, after the chequered flag has been waved.

"We can expect to have a very tough race, presumably running in similar conditions to today’s. Therefore the priority will be to stay calm and make the most of any opportunities that come our way."