Williams suffered a nightmare ten minutes toward the end of the second round of qualifying for the Dutch Grand Prix, which saw both cars suffer spins that resulted in red flags.

George Russell was on a flying lap with four minutes to go in Q2 when he attacked turn 13 too aggressively and went off into the gravel, glancing the barrier before returning to pit lane.

After a stoppage while marshals swept up the track, the session resumed - but on his next flying lap Nicholas Latifi clipped the grass and went off at turn 8, suffering a much harder impact with the barriers in the process

"Unfortunately I made a mistake on my final run," acknowledged Russell of his off-track excursion. "I was pushing to my maximum and I was on a really good lap but the rear tyres were right on the limit.

"I just attacked the final corner too hard and lost the rear of the car, as I knew it would be tight for getting into Q3," he continued. "At that point, the lap would have been good enough to promote me into the top ten, so apologies to the team.

"That is not how I wanted to finish my qualifying session," he said, still hopeful of better things to come in tomorrow's race. "We picked up a little bit of damage on the rear suspension but thankfully the gearbox is fine, and it’s nothing that the guys and girls won’t be able to fix overnight."

The mishap means that Russell will be lining up on the grid in 11th place, which is not ideal at Zandvoort. 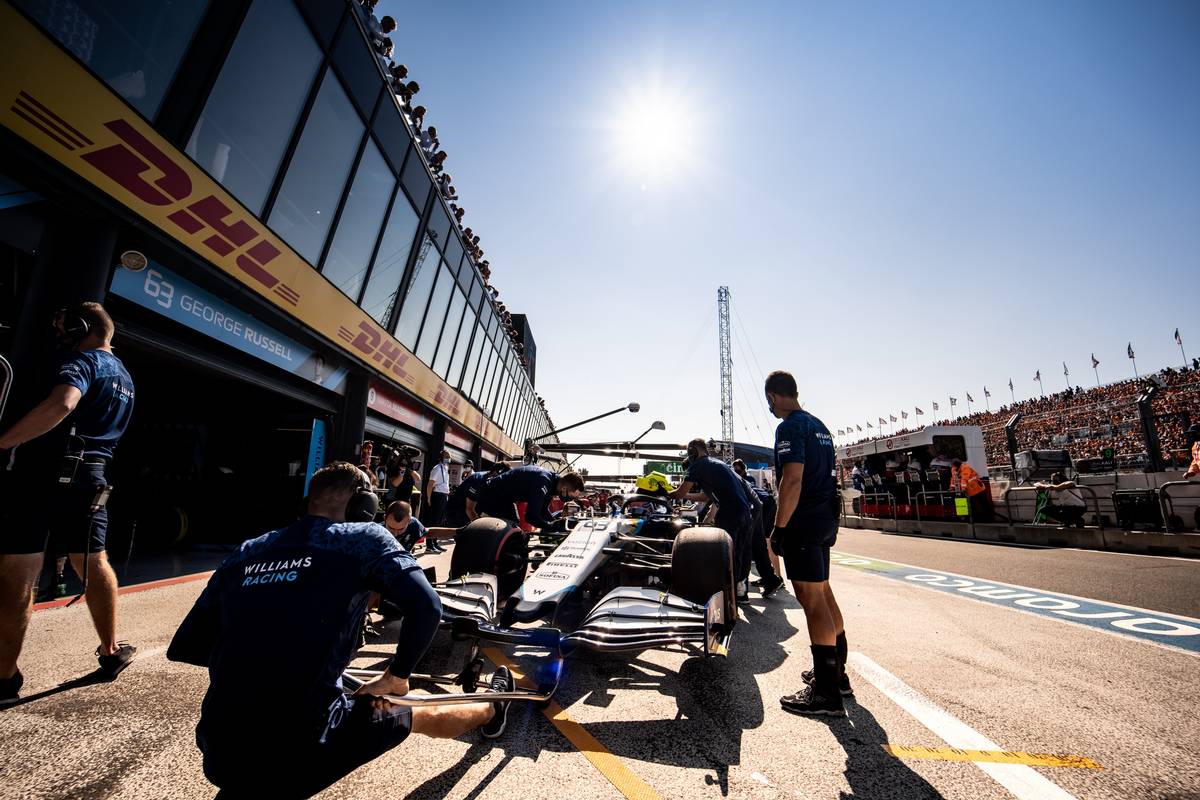 "It’s a circuit that everyone is really going to struggle to overtake at and nobody knows how the tyres are going to react," he said. "So it will be interesting to see how the race pans out tomorrow."

The damage to Latifi's car is more extensive, leaving the team with a big repair job overnight if he's to take up his 14th place grid position on Sunday.

"Having seen the replay of my incident in Q2, I think I slightly misjudged the turning point and caught the grass," he observed. "It’s such a high-speed corner that you can’t really recover from that.

"We were compromised a bit with the first red flag [triggered by Russell], but even on used tyres I could see that I was improving my time and so I was pushing hard. It was a big impact, but these cars are very safe and I feel fine.

"There was a quite a lot of damage caused, so apologies to the guys and girls who will be working hard to fix that for tomorrow." 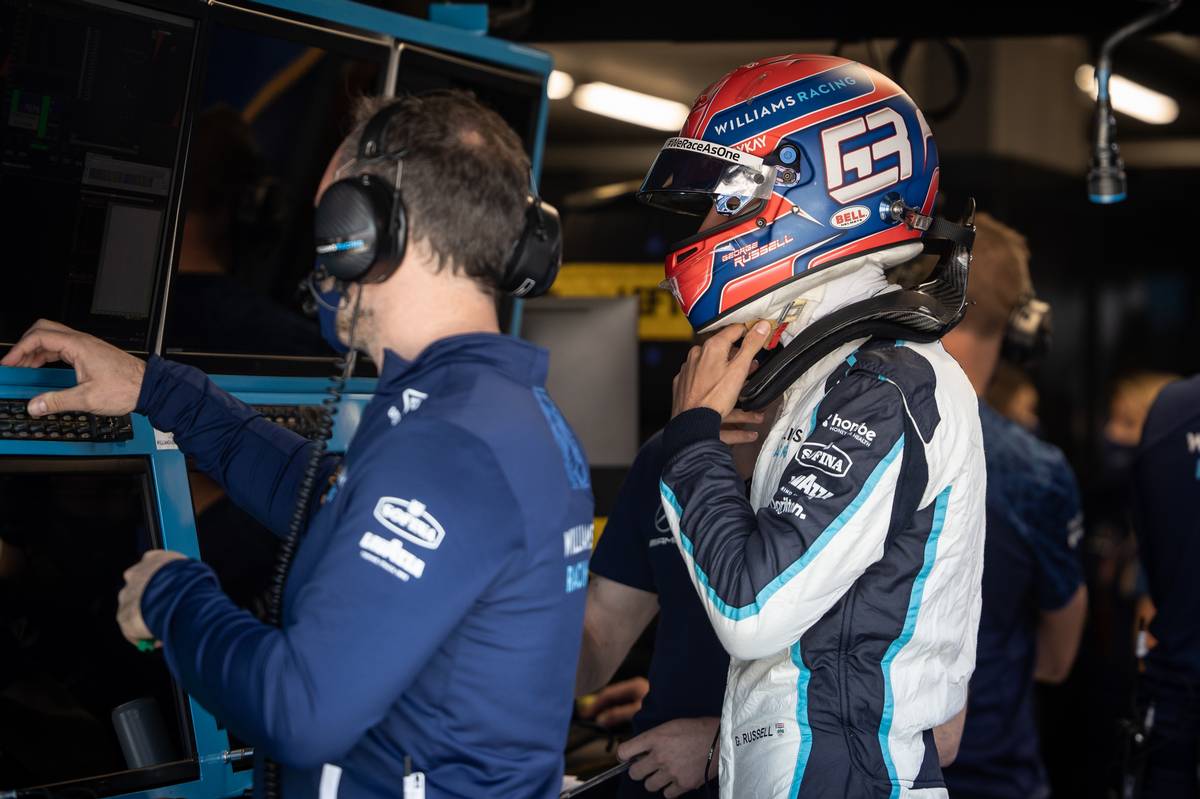 "We have obviously sustained some damage to both cars following Q2 and we need to assess that tonight," acknowledged Dave Robson, head of vehicle performance at Williams.

"George’s car doesn’t look too bad, but the damage on Nicholas’s is more extensive," he noted. "George made a very rare mistake near the end of a lap that was looking good enough for Q3.

"Nicholas too was performing very well, had an excellent Q1 and was pushing George very hard until he just lost the car when passing the Mercedes, which was on an out-lap.

"It is unfortunate that neither car was able to set a representative laptime in Q2 as we were building up good momentum," he added.

Giovinazzi: Career best qualifying was for 'the guys'

Bottas looking to 'the start and strategy' on Sunday