In a message posted on social media, Lewis Hamilton welcomed George Russell to the Mercedes team, saying the Briton's path to the top is a great example to all kids that dreams can come true.

Tuesday's announcement of Russell's transfer from Williams to Mercedes in 2022 officialized the news, but the Briton is well acquainted with the German outfit, having tested with the team and embedded with it on Grand Prix weekend on multiple occasions.

Still, Hamilton made it a point to salute Russell's official entry and to highlight its significance.

"I want to take a moment to welcome @georgerussell63 to the team," read the seven-time world champion's message on social media.

"I remember meeting him when he was young, dreaming of one day being a Formula 1 driver. I’d only just reached my own dream of becoming an F1 driver, so I know what this day means and how it will feel for him.

"He is a great example to all the kids out there that dreams do come true when you chase them wholeheartedly.

"Through hard work he has rightly earned his spot on our team. I look forward to seeing him grow as a driver with this great team and working with him to raise @mercedesamgf1 higher. See you next year🙏🏾" 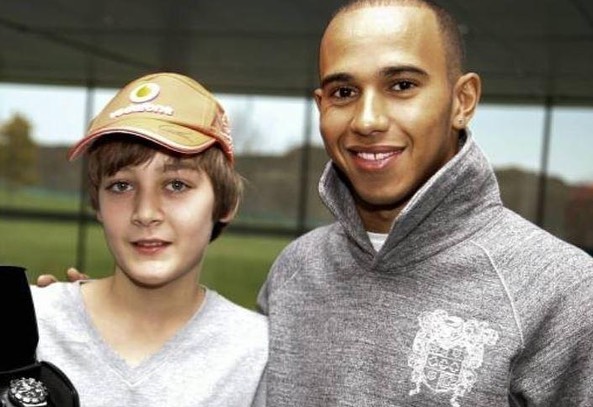 As one of Formula 1's most outstanding - and smartest - talents, Russell is undoubtedly heading into a bright future.

The prospect of the 23-year-old challenging Hamilton at Mercedes is a thrilling proposition, but also one that has offers the potential to spark a few tensions within the Brackley squad.

Yet Russell insists he won't put his "own agenda" above his team's interests.

"My ambitions and goals are incredibly clear and I want to become the F1 world champion," he said at the Hungarian Grand Prix earlier this summer.

"But I would never put my own agenda or my own goals above the team no matter who my team-mate is.

"I would never do anything to hurt my relationship with my team-mate and I recognise that to be able to achieve your own goals, you need the team to be operating on all cylinders.

"That team spirit and dynamic needs to be at the top of its game just to be able to achieve the team's objectives.

"If the team achieves, then as a driver you have got a shot, but I never put my own agenda or goals above the team's."

Since 2017, when Valtteri Bottas joined Mercedes, harmony between its drivers has played an important part in keeping the championship winning outfit stable and well-grounded.

Hopefully for Mercedes boss Toto Wolff, that balance and cohesion will remain intact from next season.

But Formula 1 fans will be bracing next year to find out if Russell is Mercedes' genuine succession plan for life after Hamilton, or just a fast and obedient team player. A la Bottas.

Russell ready to grab 'huge opportunity' with both hands