The FIA race stewards for the Italian Grand Prix have handed Red Bull driver Max Verstappen a three place grid penalty for the next event in Russia, as a result of his part in the accident that took both him and Lewis Hamilton out of today's race.

The stewards ruling said that the Red Bull driver was "predominantly to blame" for what transpired when they found themselves racing wheel-to-wheel after Hamilton returned to the track following his pit stop.

"Car 44 was exiting the pits. Car 33 was on the main straight. At the 50m board before Turn 1, Car 44 was significantly ahead of Car 33. Car 33 braked late and started to move alongside Car 44, although at no point in the sequence does Car 33 get any further forward than just behind the front wheel of Car 44.

"The driver of Car 44 asserted that the driver of Car 33 attempted to pass very late and should have given up the corner either by backing off sooner, or by turning left behind the kerb.

"The Stewards observed on CCTV footage that the driver of Car 44 was driving an avoiding line, although his position caused Car 33 to go onto the kerb.

"Further, the Stewards observed that Car 33 was not at all alongside Car 44 until significantly into the entry into Turn 1. 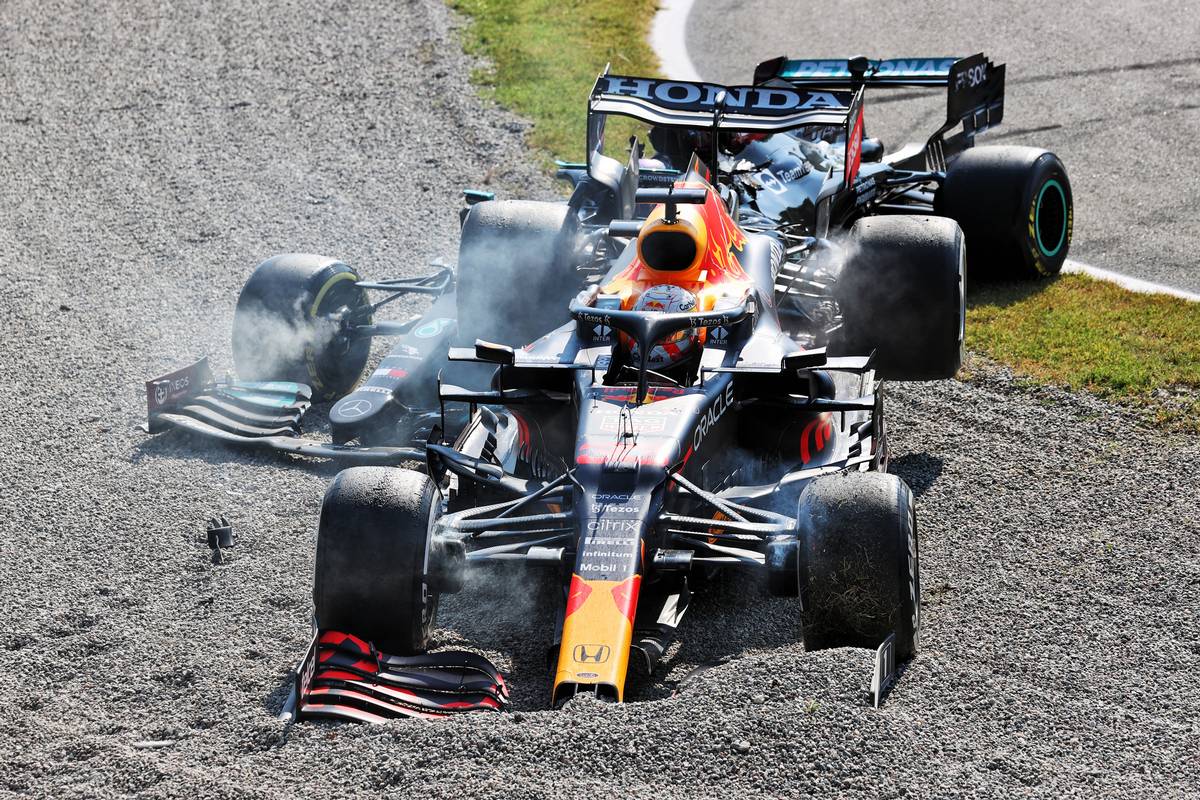 "In the opinion of the Stewards, this manoeuvre was attempted too late for the driver of Car 33 to have “the right to racing room”.

"While Car 44 could have steered further from the kerb to avoid the incident, the Stewards determined that his position was reasonable and therefore find that the driver of Car 33 was predominantly to blame for the incident.

The ruling means that Verstappen will start three places lower on the grid for the Russian Grand Prix. He was also given two penalty points on his licence, which are his first two for the current 12-month period.

The statement concluded, "In coming to the penalty the Stewards emphasise that they have only considered the incident itself and not the consequences thereof."

There were also penalties for four other drivers for incidents that took place at Monza, although the sanctions were limited to just one penalty points of each of their respective F1 superlicences. 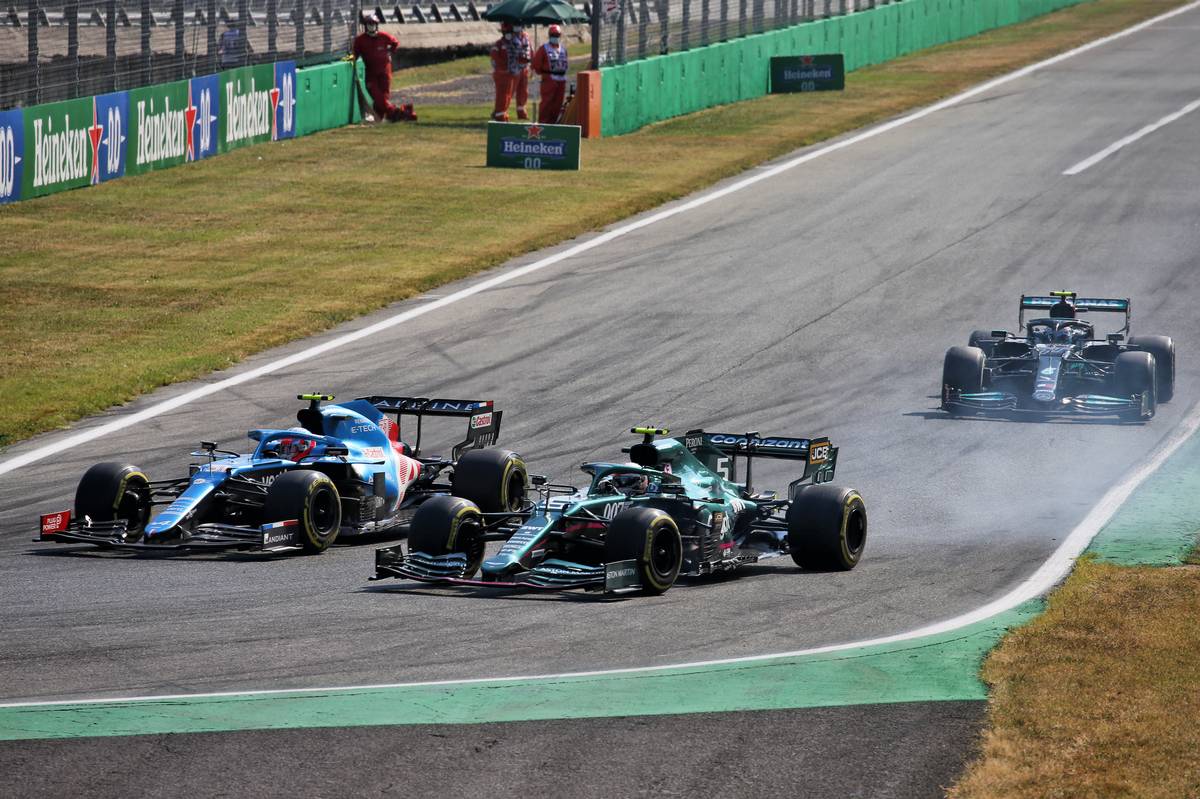 Antonio Giovinazzi was held responsible for his first-lap collision with Carlos Sainz having rejoined the track unsafely after going off in the Roggia chicane. The Alfa Romeo was tipped into a spin by the contact.

“The driver locked his brakes entering turn four and cut behind the apex of the corner,” the stewards noted. “When re-joining he moved fully across to the left making contact with [Sainz]. The stewards considered this re-joining unsafely.”

Alpine's Esteban Ocon was found to have failed to left sufficient room for Sebastian Vettel when the pair were battling at the same corner later in the race. It's his first penalty point in the last 12 months.

A third incident at the same corner between the two Haas cars resulted in a penalty for Nikita Mazepin who was found to have caused a collision with Mick Schumacher.

And Red Bull's Sergio Perez was also penalised when the stewards deemed he had cut a corner while overtaking Charles Leclerc and failed to give the position back.

All four drivers were given five-second time penalties during the race, with Perez' applied to after the finish. Giovinazzi is now on three penalty points, Mazepin six and Perez seven.

Norris happy to put McLaren first: "I will get my chance"