The Italian Grand Prix stewards considered that Verstappen was "predominantly" to blame for the skirmish, sanctioning the Dutchman with a three-place grid drop at next week's Russian Grand Prix.

Horner initially viewed the run-in as racing incident but admitted that both drivers could have given each other more space.

In his post-race Red Bull column, Horner said that he hasn't changed his opinion, but in hindsight believes the FIA should have perhaps "made a statement" and punished both drivers.

“Both drivers knew they needed to be ahead because of the difficulty to overtake,” said Horner.

“Max was keen to seize the momentum and Lewis was eager to retain track position.

“It was an awkward shunt, but both drivers were instantly able to confirm they were ok.

“With Lewis trying to reverse and get back in the race, even the medical car didn’t see the need to deploy. 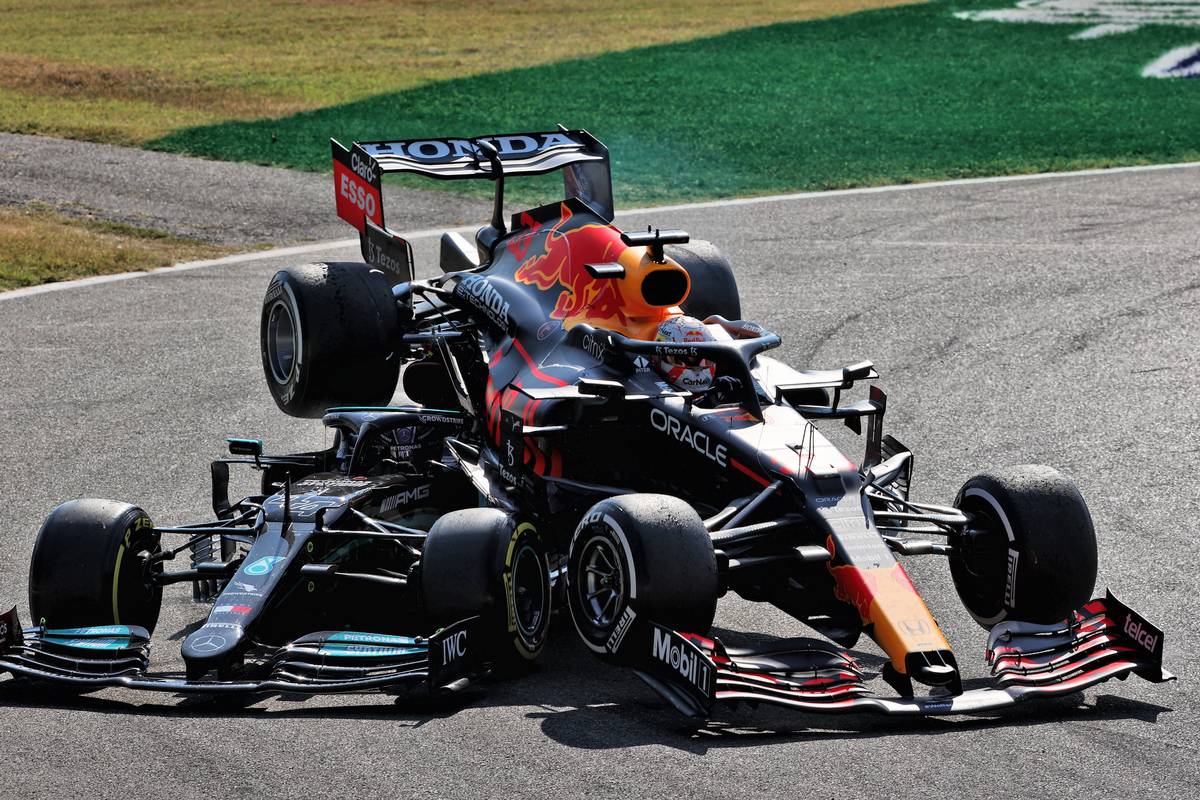 “I’m grateful the halo did its job. I think even the most vocal of doubters have now changed their mind about it.

“I still share the same belief today – both played a part in it and it is difficult to apportion blame to one side more than the other.

“If the FIA wanted to make a statement, they could’ve imposed the same penalty on both drivers, but the fault was deemed to be more on Max’s side and, because he didn’t finish the race, the only option was to give him a grid penalty, which we accept.”

It was a rare fumble by Red Bull's lightning-fast crews that Horner said was due to the FIA's clampdown on ultra-fast pitstops.

"There was a rare human error in our pitstop, as a result of the new technical directive but nonetheless something we need to learn from," Horner explained.

"That slow stop put Max out of synch from where he should’ve been on track.

"Mercedes compounded that situation as they faltered with their own stop on Hamilton's car, which meant both drivers were neck and neck."

Beyond the rivalry and the commotion, Horner said that Red Bull was enjoying its titanic battle and the long-awaited opportunity to finally give Mercedes and Hamilton a consistent run for their money.

“We’re witnessing one of the great sporting rivalries, not just within Formula 1, but within the sporting world for a generation,” he said.

“It’s intense and the stakes are high. It’s hugely competitive and nothing is being given up without a fight by either side.

“Also from our perspective, it’s hugely enjoyable to be back in a competitive position fighting for a world championship.

“After all, when was the last time a Mercedes car was not leading the championship at this stage of the year?”