Alexander Albon's career as part of the Red Bull driver programme has been something of a roller coaster experience of late. But he insists that the team isn't as unfeeling and demanding as it's often painted.

Albon was a late choice for the second Toro Rosso seat at the start of the 2019 season, and then after just 12 races he was was sensationally promoted to the senior Red Bull team in a swap with Pierre Gasly.

But a lack of consistency alongside Max Verstappen over the next season and a half meant that Red Bull decided to replace him with Sergio Perez for the 2021 season, leaving the London-born Thai driver back on the sidelines.

Now after a year as reserve and development driver, Albon has won his way back on to the grid for next season with the Williams team where he will replace Mercedes-bound George Russell.

But Red Bull boss Christian Horner has made it plain that the team retains an option to recall Albon in 2023, showing that they still hold him in high regard. And the feeling is clearly mutual.

"They get a bad rap for a lot of stuff," Albon told the official Formula 1 website in an exclusive interview this week. "But at the end of the day, they've been extremely helpful.

"They've helped me talk with Williams and get all this stuff sorted out," he confirmed. "It wasn’t lip service, either.

"It’s nice to feel that trust and belief in me. I owe a lot to them and continue to do so. I’ve been with Red Bull since 2008 so it’s been a while.” 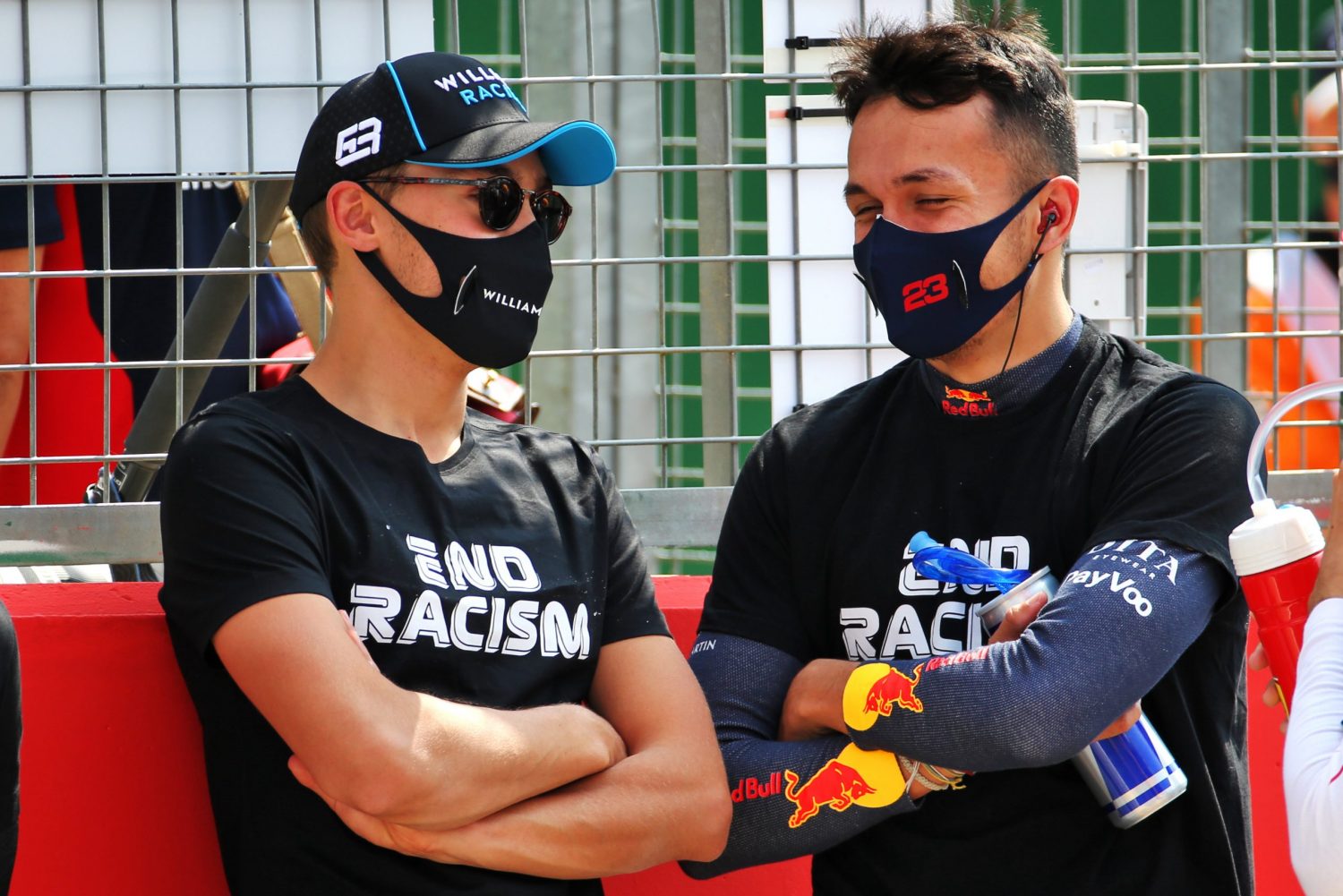 Albon also had some inside help at Grove, with his old friend George Russell likewise pitching in on his behalf.

“I don’t think he did any PowerPoint presentations for me, on my behalf, but I know from the people at Williams, from the board and everyone, that he was pushing quite hard to get me that seat.

"I owe him a few beers, that’s for sure. But also just him moving out of that seat helped. I owe him one!"

Albon admitted that after taking part in 38 Grand Prix races, being forced back on the bench this season had been a hard thing to go through.

"It's been tough," he said. "When you've been in F1 and you're at the race tracks watching it - not driving but being there - it's tricky to sit there and relax.

"I got better at it during the year. At the first race, it was torture. But I got into the rhythm of it

"If anything it increased my desire to be back on the grid, not just for friends and family but also the fans and everyone who has supported me .

"It motivated me and kept me going to get the seat," he said, adding that in the meantime there was still a job to do at Milton Keynes. “There is still a championship to win over here, so we’re pushing flat out and I’m in the simulator a lot.

"But at the same point on my side, getting fit, getting ready, getting my eye in for next year, getting to know the faces over at Williams," he replied when asked about his plans.

"They do think long term, and the investment that has come in. They are on the up, so it’s a great time to be a part of that."

Verstappen taught to pass 'only in trickiest places'

Hamilton denies any 'hostility' toward Verstappen