Alex Albon says the frequent portrayal by the media of Red Bull and Helmut Marko as the "villains" in drivers' stories is a "misconception" rooted in the energy drink company's ambitious quest for results.

From promising junior drivers who saw their career nipped in the bud by Red Bull motorsport boss Helmut Marko to the discarding or demotions over the years of many of its F1 hopefuls, Red Bull is often portrayed as a merciless breeder of young talent, a handler of aspiring young champions who must deliver the goods in short order or suffer a sometimes terminal rejection.

AlphaTauri's Pierre Gasly was promoted from Toro Rosso to Red Bull at the start of the 2019 season, but the Frenchman failed to live through the summer that year alongside the intrepid Max Verstappen.

Gasly's subsequent demotion and pain was Albon's gain. But while the Anglo-Thai racer was given more time to make his case at Red Bull, his lack of consistency and the performance gap to Verstappen led to his exit and to the hiring of Sergio Perez.

After a year on the sidelines, but still affiliated with Red Bull, Albon will return to the fray next season with Williams. The 25-year-old believes there is a misconception when it comes to judging Red Bull and Marko's management of young drivers. 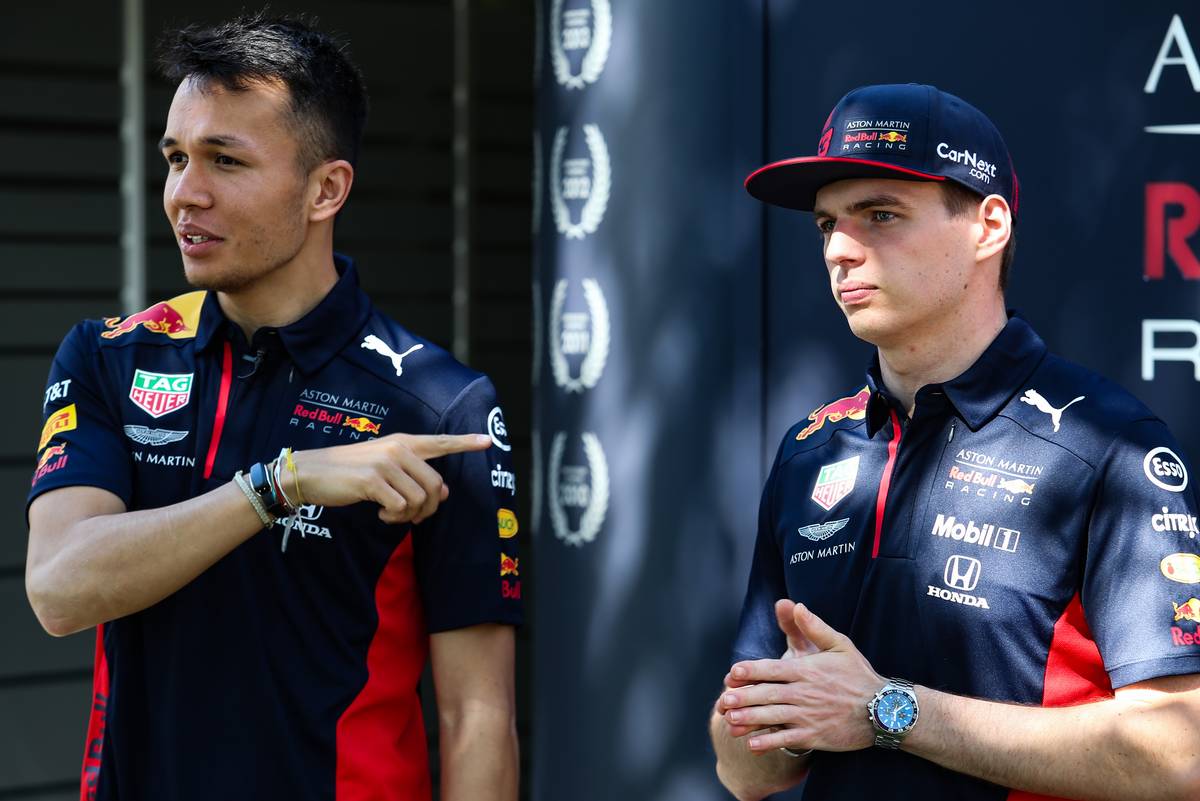 "I think there’s a misconception about it, truthfully speaking," Albon the F1 Nation podcast.

"I think there’s that ‘villain’ role played within the media about it all, but it’s definitely nowhere near like that, basically.

"You guys [the media] know more than I do. I think Helmut probably gets the worst role on the global side of it, but I think it’s just Red Bull in general."

Albon doesn't deny the high bar that is typically set by Red Bull regarding its drivers but insists it’s a function of the energy drink company's motorsport culture and its prerogative as a top competitor in F1.

"Firstly, you have to realise they are a winning team, they expect good results," he added.

"That leads to a culture within the team of ‘we’re not winning, we’re not happy’ and that’s how it should be really, especially the top three teams, generally being Red Bull, Ferrari, Mercedes, that’s what they expect.

"Of course it’s tough, especially when you don’t have much experience to be in a top team. But yeah, that is what it is. I think more than anything it’s just trying to get confident with the car."

In contrast to outside perceptions, Red Bull doesn't exert unjust pressure on its drivers according to Albon's personal experience.

"It’s not like there’s this thing ‘you’ve got to do this. If you don’t do this, that’s it, pack your bags’ kind of thing," he insisted.

"They want both cars to do well, that’s the whole intention. You don’t want to put pressure on someone if they’re not performing because firstly, the media do enough of that.

"Especially talking about myself, I put myself under the most pressure. It’s nobody else that can, there’s no added benefit on the outside.

"So it’s tricky. I think it’s more just the way that the car runs quickly or is quick is not as easy for, let’s say, Checo and myself than it is for Max."

McLaren's Stallard: Ricciardo was hit with reality check at Imola