Pirelli F1 boss Mario Isola believes teams opting to include the soft tyre in their selection for Sunday's Turkish Grand Prix will be making "quite an aggressive choice" given the rubber's high degree of wear on Istanbul Park's modified track surface.

In a bid to improve the dramatically low-grip track characteristic encountered by drivers in Turkey in 2020, a water-blasting treatment was applied to the track ahead of this year's race.

The change, coupled with Pirelli's decision to supply its three softest compounds in its range, has drastically improved grip levels, but also the potential for wear and graining.

"The level of grip increased quite a lot," noted Isola after Friday's running at Istanbul Park.

"This is probably due to the fact that we don't have the bitumen on top, and let's say the stones are visible, and therefore generating more grip compared to last year.

"The increase in grip is clear, because the lap times are four to five seconds quicker than last year. So I believe that there is no doubt on the increase the level of grip. 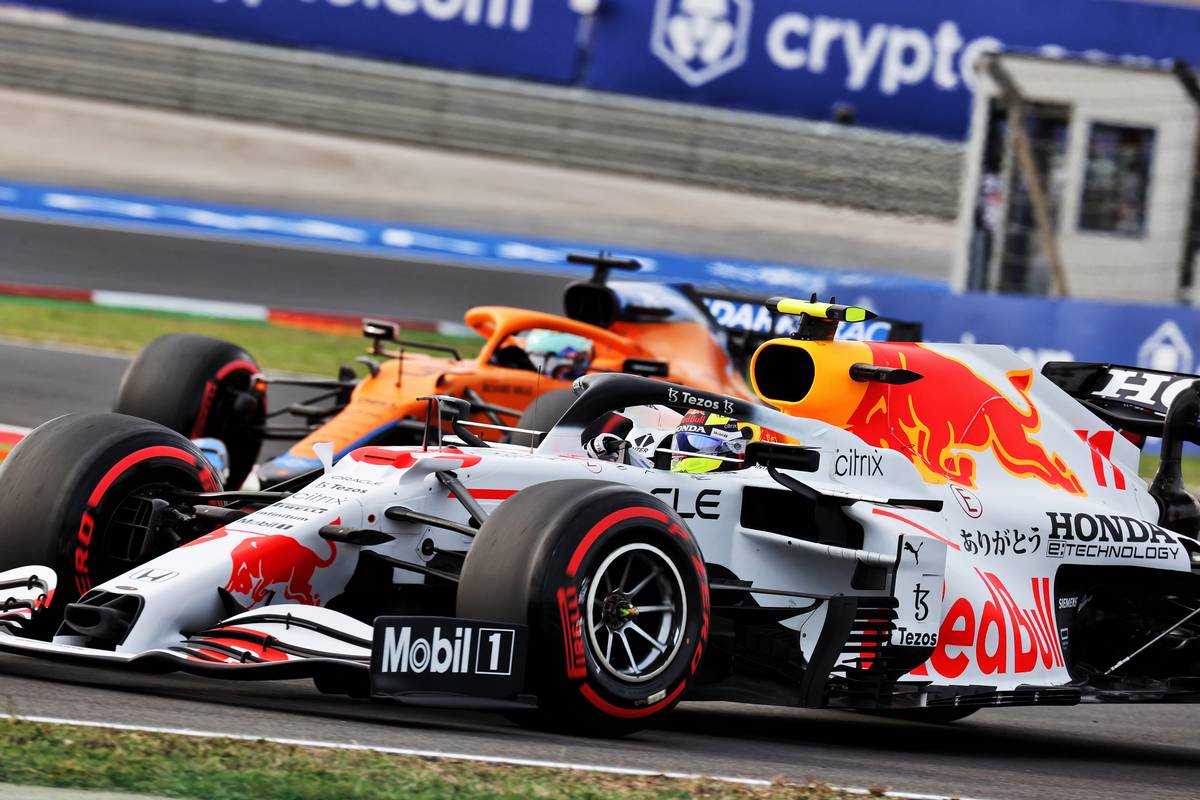 "And so it will be very important for the teams to measure and analyse the data from FP2 to understand what is the wear life of the tyres, because this is information that we don't have from last year, last year, as both quali and the race were wet.

"As I said, that tarmac was completely different compared to this year. And we were one step harder. So the data in terms of wear and wear profiles that we measured last year are not relevant."

Friday's sessions saw most teams preponderately rely on the soft tyre for their running, which Isola interpreted as a sign that the medium and hard tyres could be the compounds of choice for race day, assuming proceedings take place on a  dry track.

"Consider that when we selected the tyres, the three compounds for this race, we were not aware of this superficial treatment that they were planning," explained Isola.

"So looking at the data from last year, we decided to go one step softer.

"The soft is quite an aggressive choice. And I believe that some teams were using the soft today just to get rid of them and focus on the medium and hard for the race, if they want to plan a one-stop strategy."

In qualifying, it is not untypical for some teams to attempt to make the Q3 cut by running on the mediums to optimize their tyre strategy for the race.

But Isola reckons that the majority of those running in Q2 will attempt to make the final top-ten shootout by relying on the mediums given the small lap delta that exists between the latter and the softs.

"I believe that we will see no more than two or three cars trying to qualify on the soft, because the delta lap time between the soft and the medium is very small," added the Italian.

"So it's not like one second, where you take a big risk to go through Q2 with a medium instead of the soft, with this small difference, probably more cars are trying to qualify on the medium compound."