F1 drivers will encounter higher grip levels at Istanbul Park next week as a result of the track's surface undergoing a water-blasted treatment to prevent the low-grip drama that marked last year's event.

The Turkish Grand Prix returned to the calendar in 2020 with a newly resurfaced tarmac. But drivers were caught out from the outset by the track's massive lack of grip, an issue exacerbated by Pirelli selecting the three hardest compounds in its range.

Seven-time world champion Lewis Hamilton, a big fan of the Istanbul venue, called the track's low-grip characteristics "terrifying", while Pirelli admitted that it had been informed quite late of the circuit's resurfacing and did not have the time to prepare a selection of softer tyres.

The matter was made dramatically worse by the persistent rain that prevailed during the weekend.

In light of last year's drama, FIA race director informed the team's ahead of next week's round in Turkey that "the entire track surface has been treated to increase the grip level". 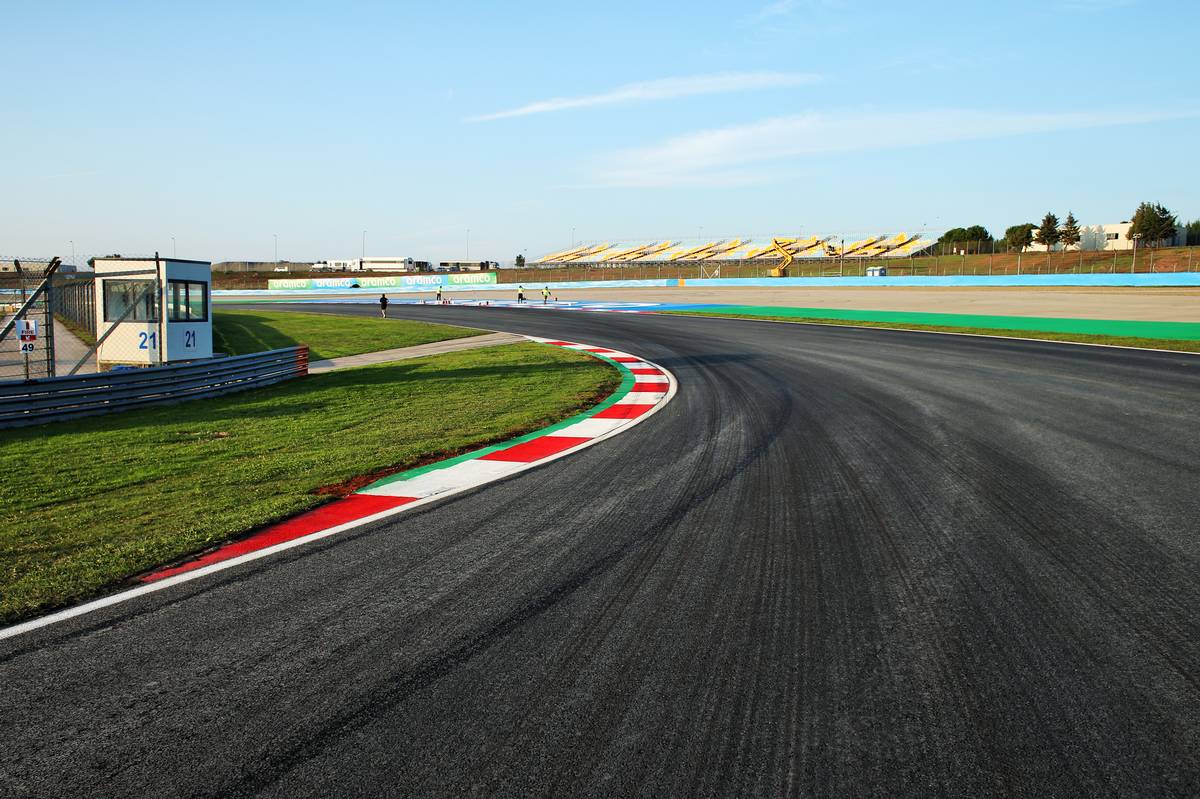 However, the change also implies that team's will need to throw out their data from last year and start from scratch next week.

"We do regularly each season send updates to the teams about any circuit changes for upcoming events," said Masi, quoted by Motorsport.com. "Be they barriers, fences, gates, whatever. It may be areas of resurfacing.

"So yes, the surface in Turkey has been effectively water-blasted, would probably be the best way to put it, which is a regular treatment that happens.

"We have seen that regularly used in Singapore as an example, where the public roads that are used they resurface those quite regularly because of the movement.

"That is what has happened there, along with a few other changes."

Although drivers were critical of the track's surface last year, especially in the wet, F1 fans were treated to some unpredictable but thrilling action, with Racing Point's Lance Stroll qualifying on pole and leading three-quarters of the race on Sunday ahead of then teammate Sergio Perez.

After the action-packed event, F1 managing director Ross Brawn argued that a challenging low-grip surface was actually "not a bad thing".

"I think drivers sometimes need to remember it's a competition of who crosses the line first, so while grip levels weren't high, it was the same for everyone," Brawn said at the time.

"Some drivers got their head down and came to terms with it, others found it a distraction.

"Having a challenging surface as we had this weekend was no bad thing. It showed a driver's talent to the max. I don't think grip levels are a measure of the level of competition you will have."

McLaren still has 'deficits in all areas', says Seidl

Hamilton reveals why relationship with Bottas is 'unique'