Max Verstappen was left sounding very out of sorts after a frustrating time in Friday afternoon's second practice for the United States Grand Prix left him eighth fastest at the chequered flag.

Verstappen had trouble finding clear space on track to set a fastest lap in FP2, which came to a head when he and title rival Lewis Hamilton found themselves competing for position heading into the final corner.

Verstappen had passed Hamilton at turn 15 and was lining up to start a flying lap when Hamilton re-passed him on the inside line. Despite being pushed wide, Verstappen kept his foot down and the pair crossed the start line side-by-side.

However with Hamilton now on the inside line, Verstappen was forced to concede position into the first corner. Video footage showed him raising his middle finger in the cockpit, while team radio caught him blasting Hamilton as a "Stupid idiot!"

“Ignore it, don’t worry about it,” was the advice from his race engineer Gianpiero Lambiase, while Hamilton made no comment about the incident with ver his team radio.

Verstappen remained unhappy for the remainder of the session, and never did get in a proper flying lap effort.

"I don't know," he told the media in parc ferme after the end of the session. "I mean, we're all lining up to go for a lap, so I don't really understand what happened there."

After this incident, Verstappen abandoned his effort to set a flying lap and returned to the pits before swapping to race simulations on the medium compound. 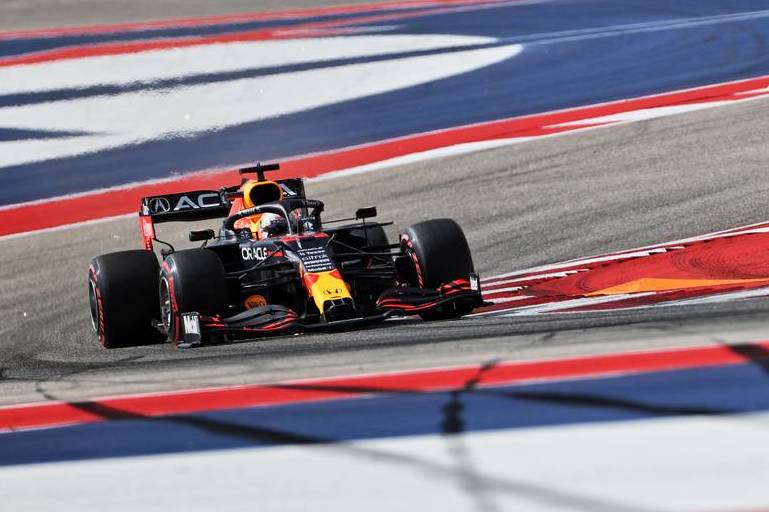 "In FP2, we didn’t manage to put the lap in on the soft tyre and it was also just a bit of a mess with the traffic," he explained. "Overall it's not easy out there.

"It didn't particularly feel bad on the short run, it was just a mess with the traffic," he continued. "The track is quite bumpy and to find the right compromise on the car hasn’t been the easiest.

"But there are a few positive things to look at and we’ll continue to work on that overnight," he said. "Hopefully everything will come together tomorrow so we can get a good lap in qualifying.”

Hamilton also struggled to set his best time. After his clash with Verstappen, the lap saw him catch Charles Leclerc's Ferrari at turn 7 forcing him to back off. He also had a faster lap deleted for exceeding track limits.

Perez moves ahead, leads Norris in FP2 in Austin