Another day at COTA, another engine change but this time in the Alpine camp with Fernando Alonso receiving a full power unit that will send the Spaniard to the back of the grid on Sunday.

Alonso encountered a water leak issue at the start of FP1 on Friday and while his Alpine crew's remedied the problem, the team felt compelled to fit a new power unit to the Spaniard's car for the remainder of the weekend.

"I think it was something on the water system, so we had to stop because the engine was running without water at that point," commented Alonso, referring to his stoppage in FP1.

"They did a good job to fix it and still did some laps in FP1."

A full Renault power unit change for the 40-year-old, and an exhaust system replacement on the A521 – Alonso's ninth out of eight authorized such elements - signifies a maximum grid penalty for the Alpine charger who will start his US Grand Prix from the last row.

Engine changes and grid penalties have been a key theme at Austin this weekend, especially for Mercedes with the manufacturer's reliability concerns leading to an ICE change for Valtteri Bottas and complete PU replacements for Aston Martin's Sebastian Vettel and Williams ' George Russell. 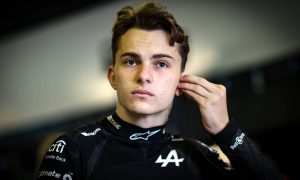 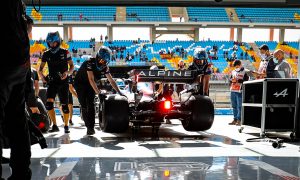 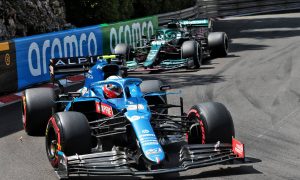