The Alpine team is urgently seeking answers after a weekend to forget at the Circuit of the Americas, where "pretty much everything that could go wrong did go wrong" according to the team's executive director Marcin Budkowski.

The normally reliable squad suffered a double DNF last weekend at the Circuit of the Americas, resulting in only the second time this season that Alpine has failed to scores points at a Grand Prix since the season opener in Bahrain.

Starting from 11th, Esteban Ocon was involved in a collision with Alfa Romeo's Antonio Giovinazzi at the start of the United States GP and retired with damage the to the rear of the car on lap 40.

Meanwhile Fernando Alonso had been battling throughout the race before a rear wing issue was detected that forced him to end his day early.

“As we were pushing towards the end of the race the rear wing broke on the penultimate corner," Alonso reported. "I looked in the mirror and it was visibly damaged, so we had to retire the car."

“We need to analyse it because at the moment we’re not sure why it happened," he added.

The team also wants to investigate why the car was unusually slow at COTA, with neither car making it into the final round of qualifying for the first time Since Monza - although that was in part due to Alonso having a grid penalty for taking a new engine.

"Hopefully we can still find some answers," Alonso said. "I think in the race the car was much better. I felt more competitive - definitely faster than Alfa Romeo, Aston Martin, even [AlphaTauri driver Yuki] Tsunoda.

"In free practice we were not as quick as we were [in the race] so that was a nice step forward," he continued. "But it's still not as good as Sochi or Turkey so we need to keep analysing.

"Probably the bumps, the suspension is very specific what you run here in Austin," he suggested. "It's something that we didn't get it right, and we will try to analyse and be in our top form in Mexico." 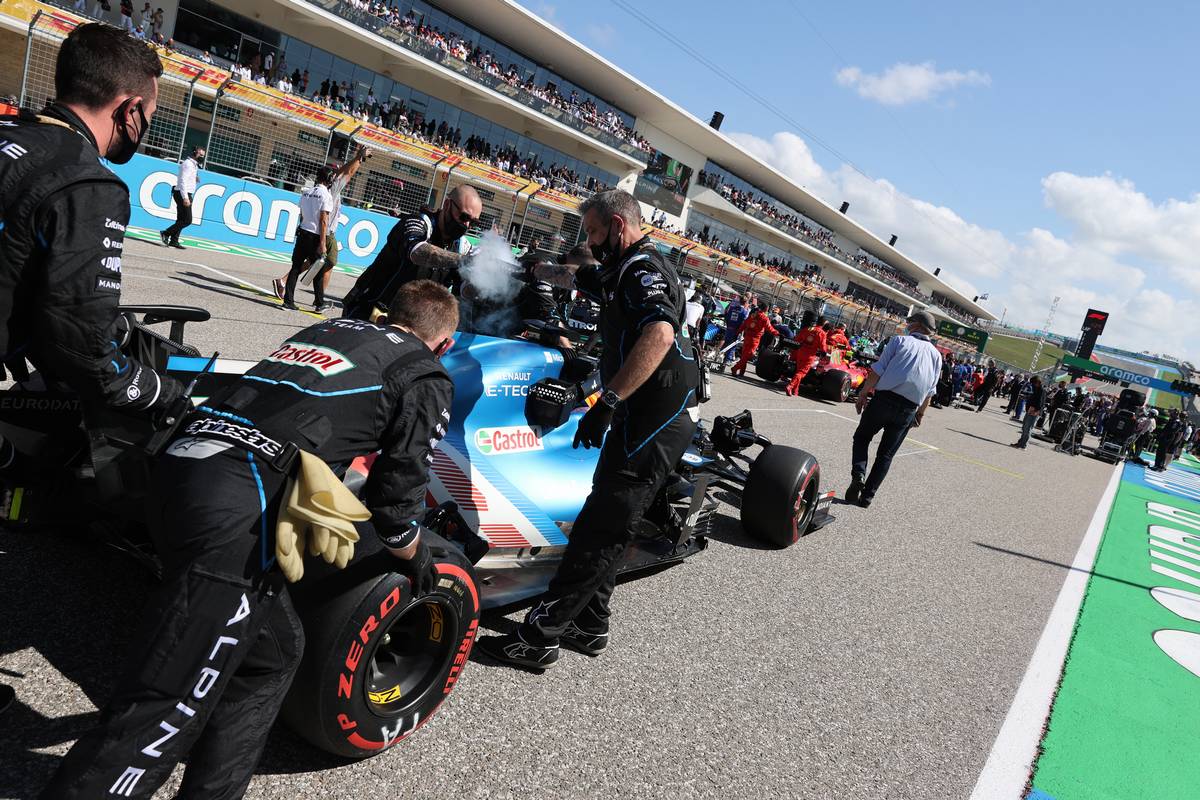 Ocon was also left scratching his head and looking for a way forward after his disappointing time on Sunday.

"We didn't expect to struggle obviously as much as that," he conceded. "We had to fight the car quite hard through practice, but we did good improvements all the way through every session.

"Qualifying was not as good as what we hoped, but we improved it a lot from FP1. Then in the race, big struggle again," he said. ""We need to analyse and come back stronger from it.

"But [COTA] is a track on its own, I would say the track is very rough in comparison to all the places. It's quite bumpy, so there's many aspects that we will look into."

Budkowski added: “We have lots to reflect and improve on after this weekend and we will be working hard ahead of the next batch of races.”