Nikita Mazepin cast a tearful and depressed figure after Friday's qualifying at Interlagos, the Haas driver ruing a mistake that likely cost him his strongest performance of the season.

In the afternoon session in Sao Paulo, Mazepin was once again outpaced by teammate Mick Schumacher, the Russian clocking in 0.260s behind the German in Q1.

While the result was on a par with Mazepin's average relative performance this season, on this occasion, the F1 rookie felt that his third and final flyer in Q1 could have outdone his teammate's best effort and perhaps even approached the times set by Williams' chargers Nicholas Latifi and George Russell.

But it all went wrong for the Haas driver at Turn 8 where he ran wide and at the following corner, and lost the time advantage he had built over Schumacher in the first sector. 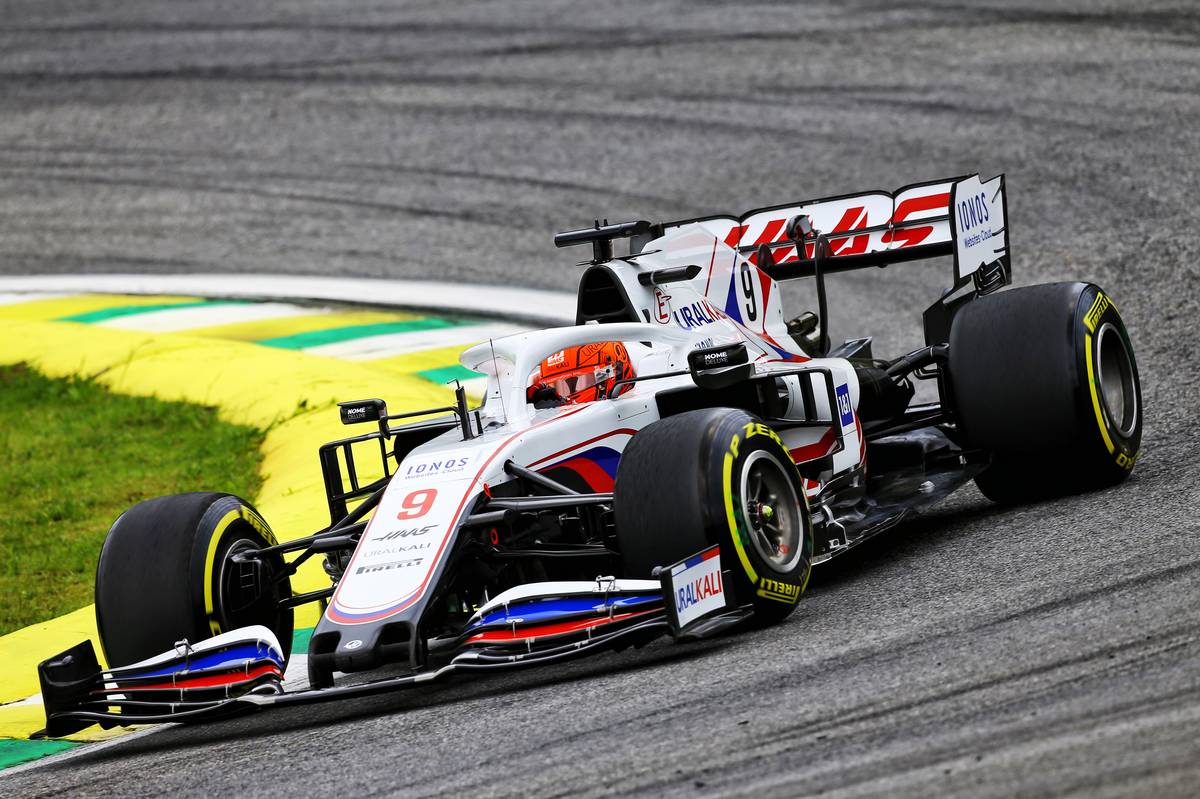 "What a f**king idiot I am", he quipped over the radio to Haas race engineer Dominic Haines who attempted in vain to boosts his spirits.

"Dude, that was going awesome till then man," responded Haines. "Considering you haven't driven this place, that's pretty impressive dude. Don't beat your up about it, that's good."

"I was on a good lap, then made a mistake," Mazepin later explained, visibly crushed and holding back the tears.

"It felt good, I think it was our day to actually be close to Williams and do a good quali, but just tried too hard.

Commenting on his drivers' session, Haas team boss Guenther Steiner admitted that it had been a "tough task" for both rookies in qualifying having only 60 minutes of running previously in the day under their belt.

"On-track, it was a tough task for Mick and Nikita today – with just one practice session at a brand-new track for them both," Steiner said.

"That said, I thought they both put in a great effort in qualifying.

"They looked good on their final runs, but unfortunately Mick had his final time deleted and Nikita came up just short after a good opening sector with a small mistake at the end of his lap.

"They can be pleased with their efforts today – but I know they’ll both be frustrated. We’ll see how the Sprint plays out tomorrow, maybe there’ll be an opportunity for something there subject to the conditions."

Sainz: No surprise to see Gasly quicker than Ferrari