Lewis Hamilton says his gripping fight for supremacy in the Sao Paulo Grand Prix with Max Verstappen is "what a championship battle should look like" between two title contenders.

Just as he had done the previous day in the weekend's sprint race, Hamilton pulled out all the stops to overcome a seemingly massive handicap versus Verstappen caused by a low starting position.

From tenth on the grid, the Mercedes driver diligently carved his way to the front to engage the Dutchman and gain the upper hand.

And despite a controversial skirmish between the two drivers in the second part of the race, Hamilton thoroughly enjoyed his on-track wrestling with Verstappen.

"It was fun," Hamilton said. "I mean, that’s what a world championship battle should look like." 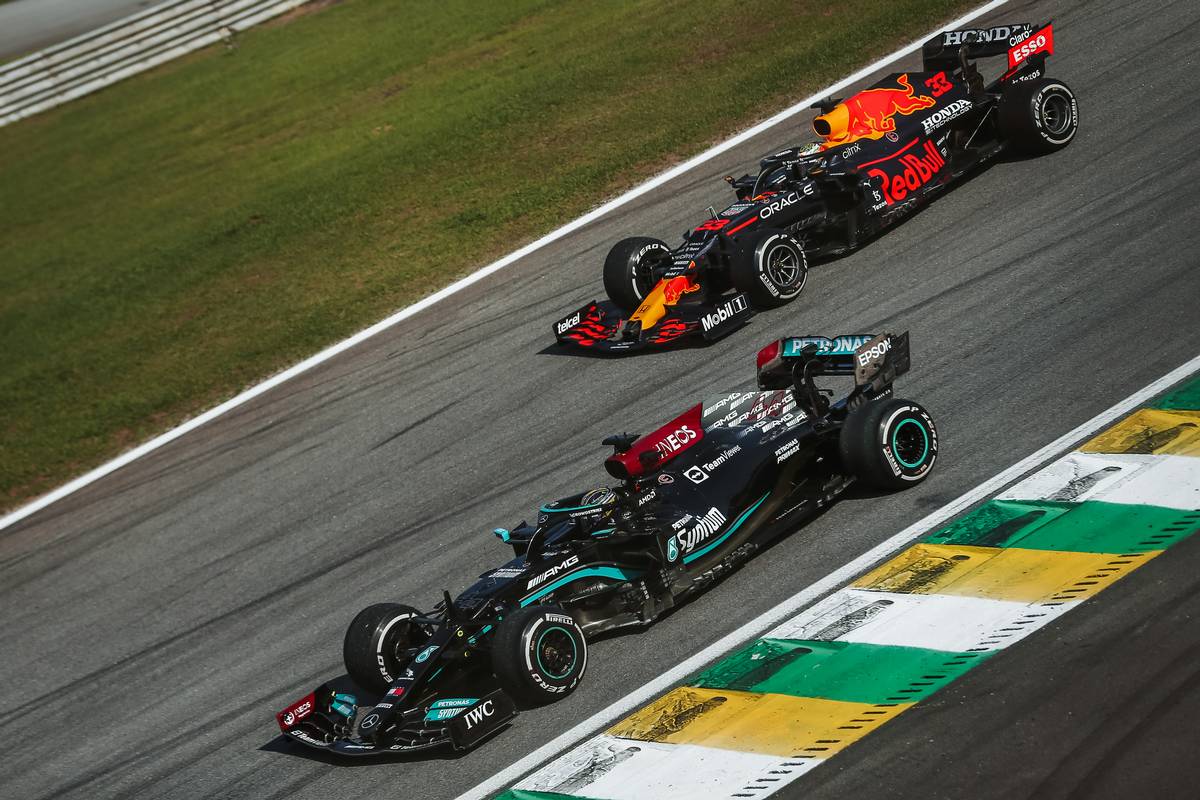 While Hamilton ultimately overtook Verstappen with ease, the 101-time Grand Prix winner admitted that building an overtaking opportunity on the Red Bull charger had been a difficult challenge.

"In front of me, he generally could match my pace," said the Briton. "I would say particularly more so in the last sector.

"It was very, very difficult to follow in the last sector and be able to get as good an exit as he got through Turn 12. So I kept coming up the straight and it wasn’t that easy to be in his DRS. And even if I was in the DRS zone, it was a bit too far away.

"I had that one chance into Turn 4, but just couldn’t hold it. Obviously it didn’t work out.

"And then I obviously had that experience and just made sure that I didn’t make that mistake again, but I was adamant and determined to get back into that position."

While Verstappen's defensive driving and Turn 4 maneuver was a hot topic after the race, Hamilton was anything but surprised by his rival's antics which he said was simply "hard battling".

"I think I was ahead initially and then I think he held his ground and then we both ran out of road," he said as he described the moment.

"Well, I think he was running out of road, so then I obviously had to avoid to go out of road. But I don’t think too much of it, and I’d obviously have to watch the replay.

"But I mean, it’s hard battling. I wouldn’t expect anything less, really. We didn’t touch wheels, which is good."