F1 managing director Ross Brawn says the sport's third sprint event in Brazil was the best of this year's three-race trial and proved that the concept is "a great addition" to the race weekend.

The drama for Saturday's 30-minute mad dash in Sao Paulo was set up by Lewis Hamilton's demotion to last on the grid following Mercedes' breach of the technical rules for a non-compliant rear wing.

Hamilton who had set the pace in qualifying pulled out the stops on Saturday afternoon to rocket from last to fifth in a thrilling display of skill and mastery, while the event was won by his Mercedes teammate Valtteri Bottas.

But Brawn says the battles up and down the field also provided fans with some great racing and entertainment.

"Saturday’s F1 Sprint was, in my view, the best one of the three," said the F1 chief in his post-race comments for F1.com.

"It had plenty of action, with loads of battles – including Lewis carving his way through the field. It was a great Saturday afternoon of entertainment, an appetiser for the main course on Sunday. 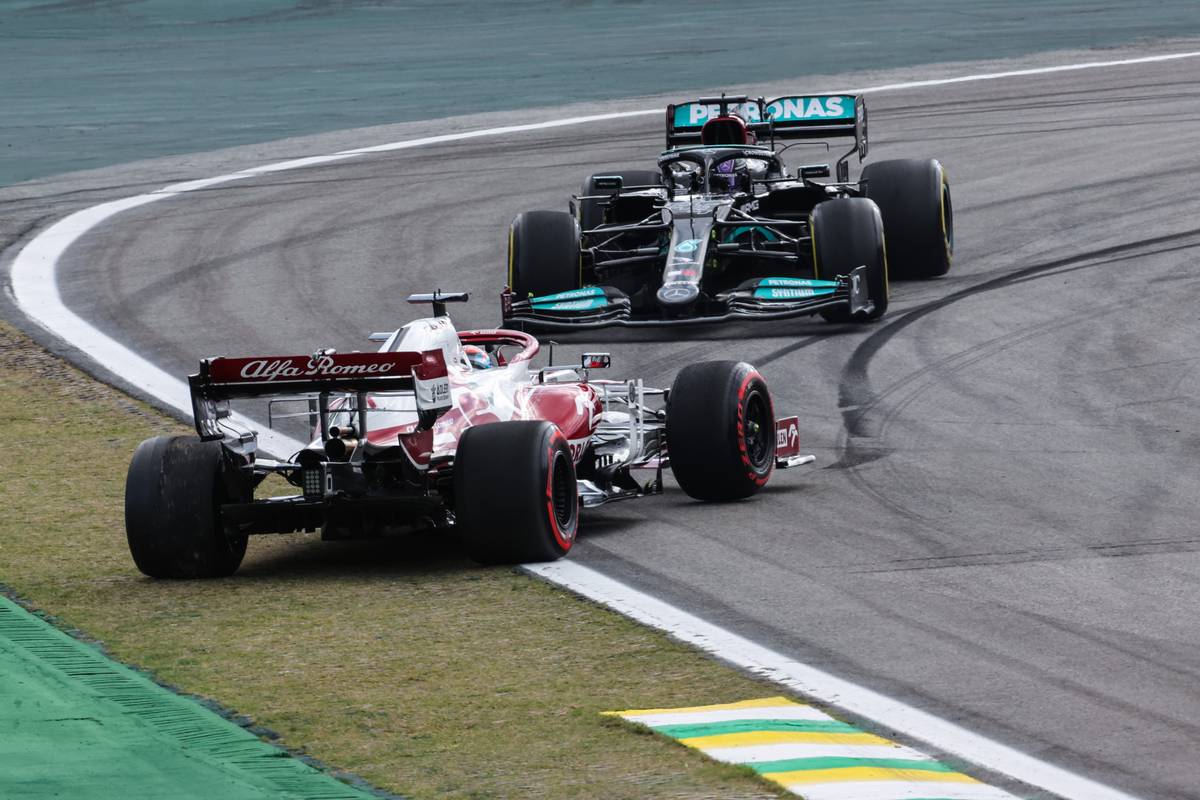 "We had a fabulous Friday, too, with a dramatic qualifying session. It can never be underestimated how much of an impact the Sprint has on a Friday.

"With only one hour of practice, it creates some jeopardy heading into the rest of the weekend, as the teams are not as prepared as they can be."

Following the completion of its three-race trial, Formula 1 will now assess the sprint race's merits and how it can be improved for the future.

"We think the foundations are very strong for the Sprint and will be presenting more details of our plans for six events in 2022 in the coming weeks in discussions with the FIA and the teams," he added.

"There are things we need to tweak but Brazil showed the Sprint is a great addition to the weekend and has made Friday, Saturday and Sunday big moments that are exciting for all of us."

On the subject of the "titanic" championship fight between Hamilton and Max Verstappen, Brawn sees no clear favourite for F1's upcoming final three races, so the stage is set for a thrilling climax.

"We’re seeing a titanic battle for this year’s two championships, and the race in Brazil was just another twist in an engrossing tale," he said.

"Mercedes had the edge this weekend, but it could swing back into Red Bull’s favour next time. It’s been fantastic. No one knows what will happen next.

"We’ve got two new venues to visit in Qatar and Saudi Arabia, before heading to the finale in Abu Dhabi where the circuit has had a series of modifications. The stage is set."

Alonso: Superior Mercedes has 'a bigger basket' than others

Zhou release by Alpine was crucial for Alfa – Vasseur