F1 drivers gave the Losail International Circuit their seal of approval after the opening day of running in Qatar, with Fernando Alonso predicting a thrilling qualifying session.

Losail's 5.3 km layout features a long pit straight and an abundance of sweeping medium and high-speed corners. But the sensation of massive speed that was anticipated by drivers based on their simulation work was confirmed.

"It’s really enjoyable to drive around here. The flow of the corners, the nature of the circuit, the high-speed sections, really, really maximise what a Formula 1 should do.

"So it was a very nice Friday, a very nice circuit to discover, and tomorrow in qualifying it will be even better, when we’ll put the light[-fuel] cars and the new tyres on." 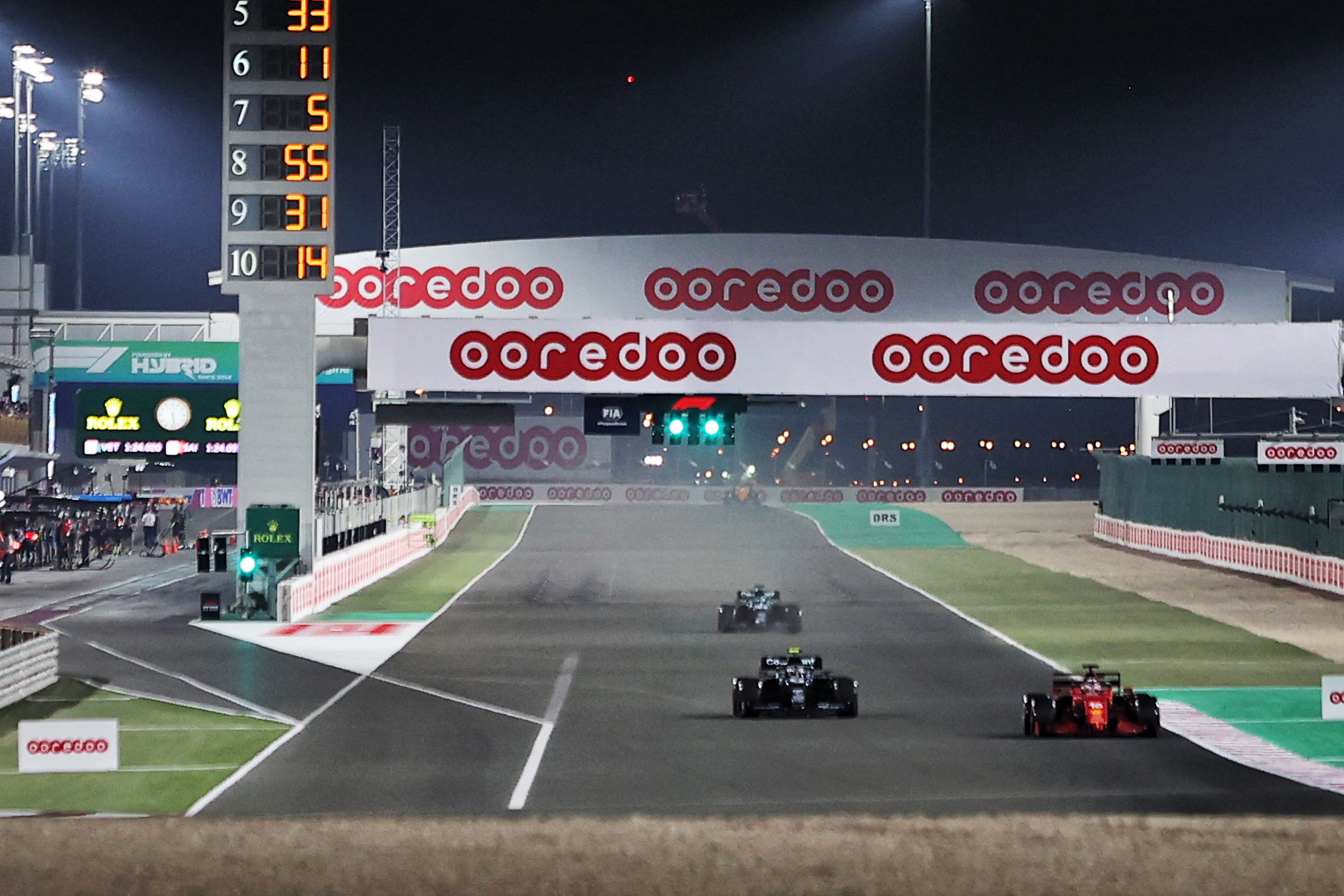 Alonso's countryman Carlos Sainz was equally impressed after his first laps of F1's new venue which he described as "intense".

"It felt really intense with these cars, on this track," said the Ferrari driver. "Just super quick.

"The speeds we’re going are difficult to explain to you. It’s crazy!

"Those high-speed corners are really allowing us to feel what the beasts we are driving this year really are. And it’s also been a bit of a thrill, to be honest.

"You’re also challenging yourself, mentally, to think that the thing is going to grip and carry that much g-force and that much speed into a corner, for so many corners. So it has been a good challenge."

And four-time world champion Sebastian Vettel, who clocked in P9 in FP2, was on the same page as his distinguished colleagues, much to his surprise.

"I was surprised," said the Aston Martin charger. "I was expecting it to be a lot sandier but it was actually in good shape.

"So I think the people working at the track must have done a really, really good job, so it was basically fine from the first run.

"The track is flat but it’s very fast. There’s a lot of fast corners and it takes a little while to get your head in, but once you find the rhythm, it’s actually pretty enjoyable.

"It will be important to qualify well, because overtaking may be difficult."