Lando Norris is among F1's most popular drivers but the McLaren charger's fame in the sport has come at a cost for himself but also for his family and friends.

In a global survey conducted recently by F1, the 22-year-old Briton was voted as Grand Prix racing's second most popular driver behind Max Verstappen.

The result was unsurprising for a young man who has built up a healthy following on social media since his promotion to F1 in 2019.

While Norris is tremendously appreciative of the support he gets from his fans, not all of his followers on the internet have his best interest at heart.

There are the loving, courteous and respectful aficionados, and then there are the abusive trolls who will go out of their way to try and ruin the McLaren's driver's day or pry into the private life of his friends.

As a public figure, Norris can deal with the kicking-around or the put downs from the haters but won't accept the latter taking aim at his family or friends. 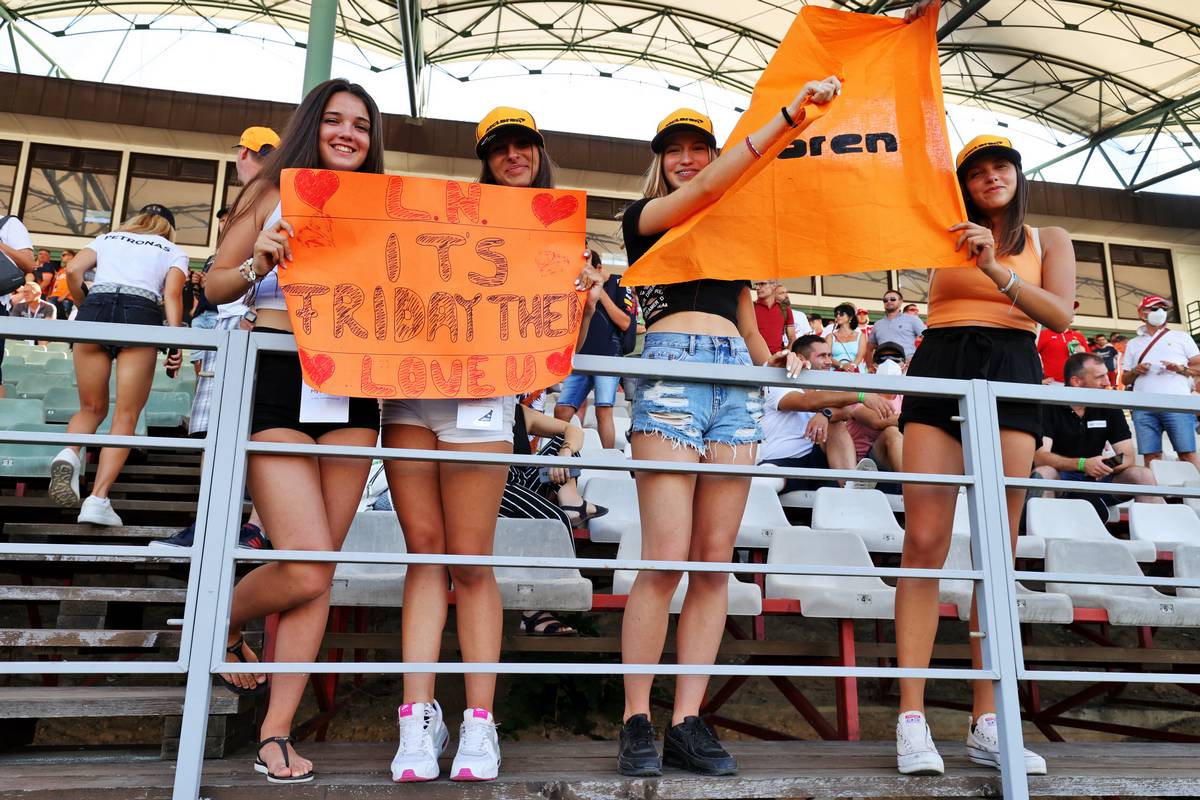 "I think the one bad thing is just personal life with friends, people who through no fault of their own get put into the spotlight sometimes because of being seen with me, or me following them on social media or something," Norris told ESPN's Nate Saunders.

"I think that’s been the worst side of it – someone who is just quiet on their own and they are seen with me at dinner or on a post on Instagram.

"There’s still a lot of nasty fans, a lot of fans which are just not nice and just use a lot of people and things like that.

"I’d say the worst thing about the popularity is those kind of people. The people who don’t respect your personal life at all and the people you hang with and so on. That’s definitely the worst bit of it."

Another one for the collection 😉

Norris shied somewhat away from social media earlier this year and entrusted his accounts to an SM manager.

He also posted less colorful and jokey content in the wake of some criticism last year from the fan community that felt that he was not taking his job in F1 seriously enough.

But despite reigning in his presence, there's still a need to purge the haters or those who go to great lengths to abuse his friends online.

“Honestly, it’s very creepy what some people do," he said. "The time they spend trying to investigate things or people or whatever.