Lando Norris says McLaren and himself lost out on a fourth-place finish in the Qatar Grand Prix through no fault of their own, the Briton blaming the shortfall on the unfortunate puncture he suffered late in the race.

From fourth on the grid, Norris lost a spot at the start to a charging Max Verstappen, but the Briton recouped the position during his first stint.

A flawless pit-stop and the implementation of a one-stop strategy put Norris back on track for a top-four finish but a puncture identified by McLaren's engineers forced him to undertake a second stop and a fresh set of medium rubber.

The failure was unexpected as the Briton's hard tyre had less mileage than his first set of softs. Norris managed to salvage a P9 finish, but the 22-year-old was visibly disappointed by missing out on a bigger bag of points. 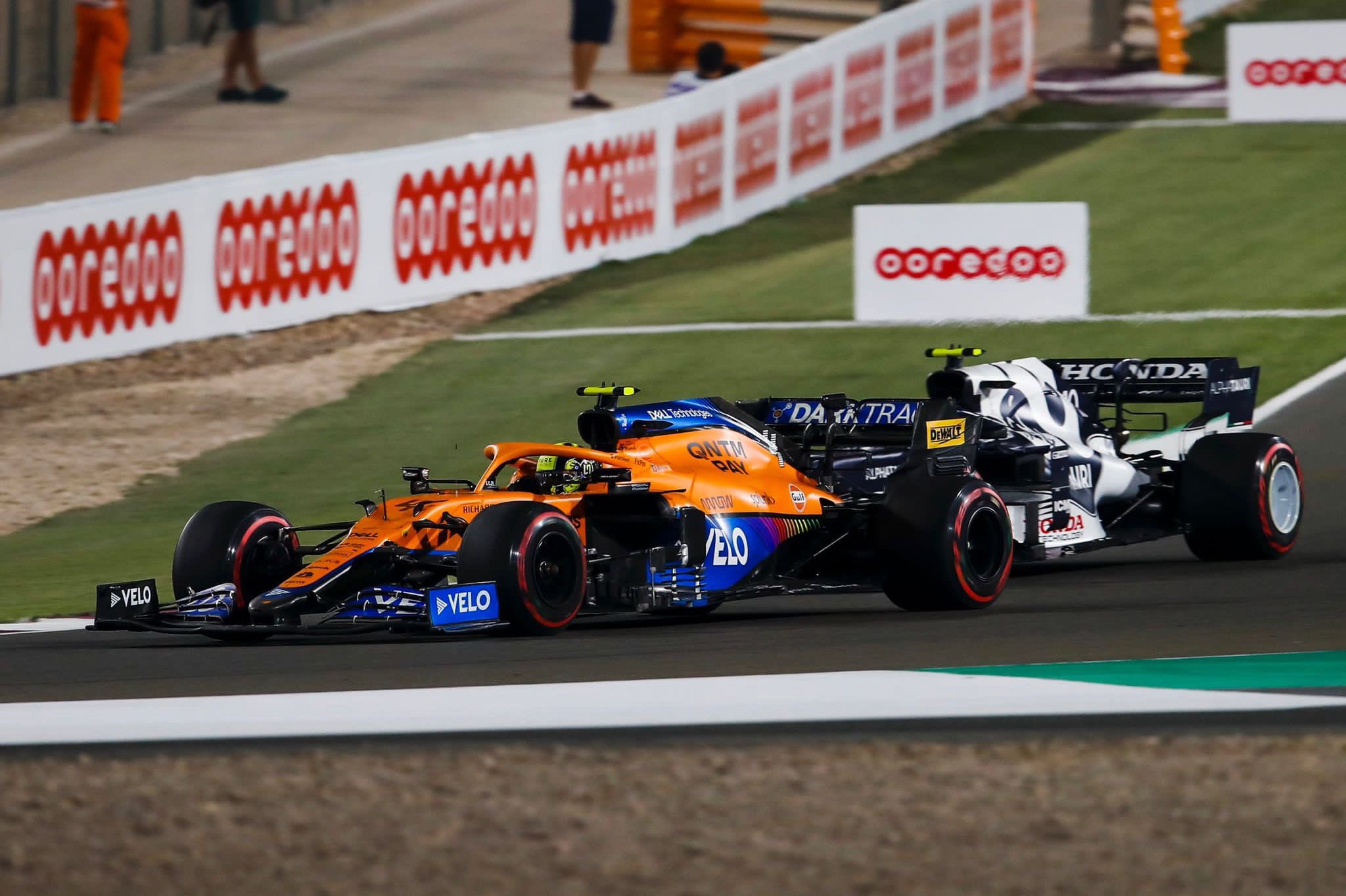 "I heard quite a few people punctured so there was an obvious problem going round," he said. "But nothing we can do.

"I think the team did a pretty good job, we could have done much better. I think we deserved a lot more today, we could have been P4 today at least without the puncture.

"Could have had some good points and a nice result but we didn’t, not because of our fault… It’s the way it is."

Norris, who overhauled Aston Martin's Sebastian Vettel for P9 in the final laps of the race, said his puncture had at least instilled a bit of excitement in his race, although that was a meager consolation.

"I still had some fun and actually because of it, it probably made my race a bit more exciting, but I don’t really care," he said.

"I’d prefer a P4 over a P9 no matter what. It sucks but nothing I can do so, good job by the team, I’m happy with the job I did today, but it got taken away from us.

"We should have out-scored Ferrari and closed the gap a little bit," he added.

"It was nice to have a stronger race again as the last few weekends have been tough. [It's still] tough now but nice to get a bit more rhythm and know we still have the pace to get good results."

Alpine feared for Alonso in 'stressful' final laps in Qatar