A 'productive' performance for Alpine in Friday's free practice sessions for the 2021 Abu Dhabi Grand Prix has Esteban Ocon and Fernando Alonso both aiming for top ten positions in tomorrow's qualifying session.

Ocon ended the day second quickest between the two leading Mercedes drivers, just a third of a second off Lewis Hamilton's pace, while Alonso was sixth fastest just behind the two Red Bull cars.

“It’s been quite a productive Friday learning the new Abu Dhabi layout, which proved to be quite challenging in many aspects," commented Ocon at the end of the day's running which concluded with a red flag for Kimi Raikkonen's crash.

"I had a close call in FP1, similar to where Kimi went off in FP2, so you have to be careful pushing the limits there," Ocon noted. Some of the new parts are quite tricky, so it’s important to keep getting dialled into these corners.

"Some of the areas on the track with new tarmac are interesting and learning the changes there will be important in understanding how the tyres behave.

"So far, we have both cars in the top ten, which is decent and that is the aim for tomorrow," he said.

"It always looks cool to be in the higher positions and we ended in second place today, which has a nice sound to it. We’ll remain realistic, though, and keep up our hard work.”

Alonso's official time at the end of FP2 was half a second slower that Ocon, after a quicker lap was deleted for exceeding track limits - a fate suffered by several drivers on Friday evening.

“It was a good Friday for us," he said, approving of the latest modifications to the track. "It means we get to play around a little out on track and try different lines to find the lap time. 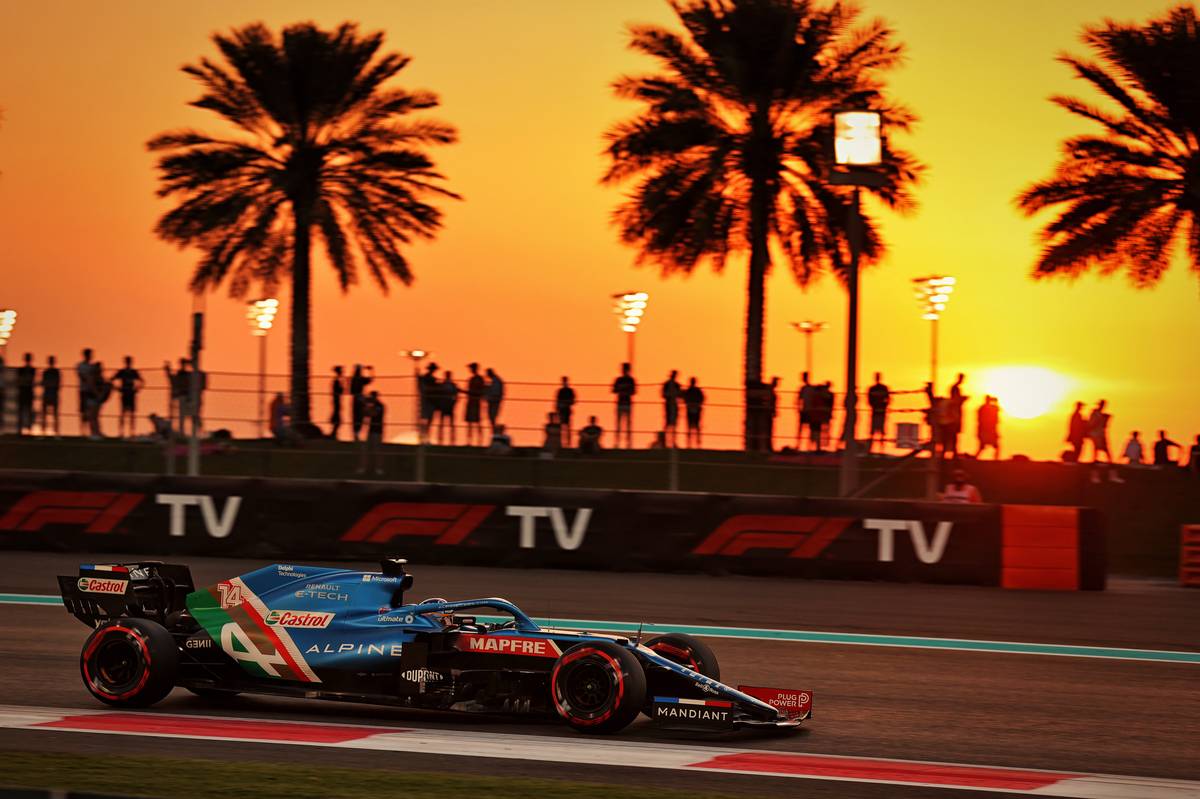 "We maximised our time on track today in both sessions and my fastest time was deleted in FP2, so there was a little bit more than what was shown on the final timings.

"While we still need to fine tune a few things on the setup, I think we can look back on a good day for us and we have more to come tomorrow.”

Alpine's sporting director Alan Permane was hopeful that both drivers would be able to carry over their strong performance on the opening day into the rest of the weekend.

“Both sessions have been good today," he said. "The drivers were pretty happy with the car. There was a bit of understeer in the first session.

"We made some changes between both practice sessions and saw improvements on both cars for the afternoon," he added. "We look fairly happy on low fuel and high fuel and so we are looking forward to the rest of the weekend.”