Perez's tyre strategy put the Mexican briefly in command of the race at Yas Marina, and the Red Bull charger put in an extra effort to keep Lewis Hamilton at bay to allow Verstappen to reduce the gap to his championship rival.

After the race, the Dutchman praised his teammate, insisting Perez's staunch defense had been crucial in denying Mercedes and Hamilton an opportunity to pit without losing position later on in the event.

"I think without Checo I wouldn’t be sitting here right now because then they would have had a pit gap with the Safety Car and stuff, so definitely Checo was driving incredibly," Verstappen said.

Montoya agrees with the 2021 F1 world champion but reckons Perez would have been burnt to the stake twenty years ago for his wingman role in Abu Dhabi.

"It’s funny now how people look at it from that angle," Montoya told Motorsport TV.

"'Oh my God, it’s good that Checo got involved and helped Max’. And I think he did a very good job for Max.

"Twenty years ago, if the second driver did that, he would have been destroyed. And if Rubens (Barrichello) ever helped Michael (Schumacher), everyone said ‘oh my God, why are you helping Michael? You gave up a win, a position?’

"And it was a big drama at the time, whereas today they say ‘oh, he helped him, he got in the way and it was good that he did it’. Those are points of view." 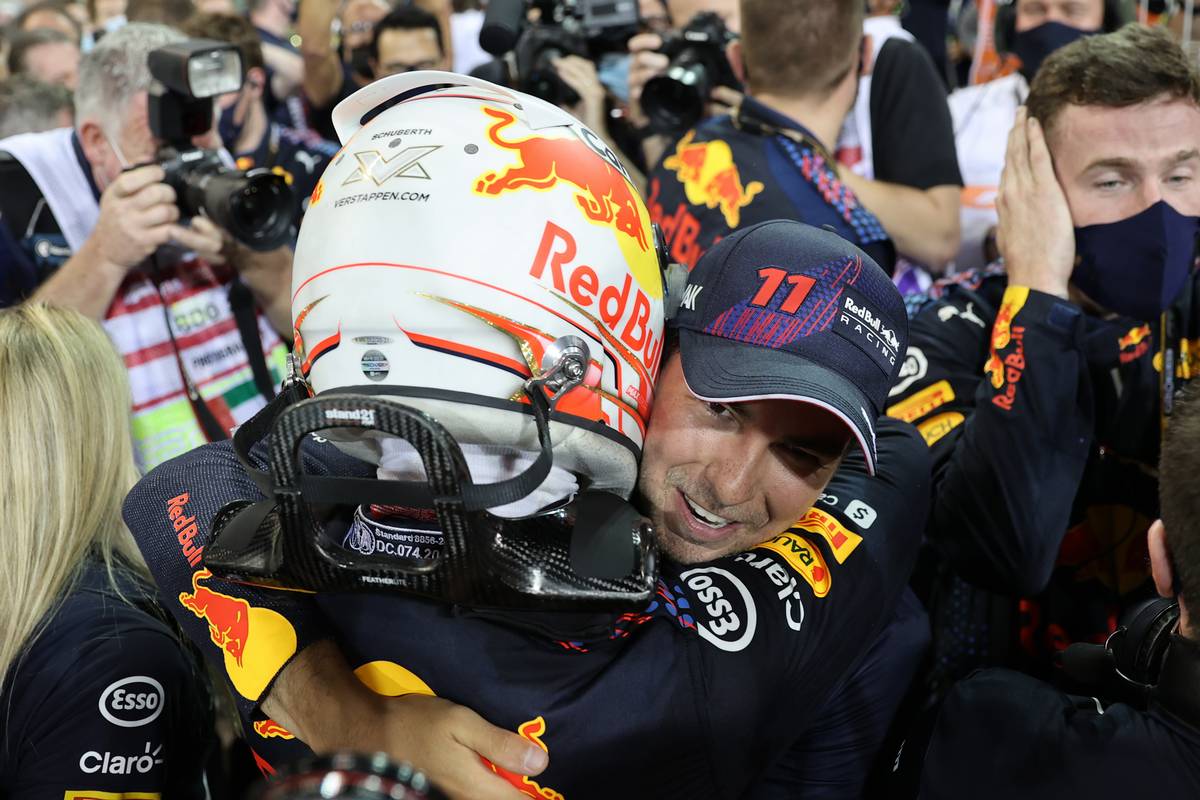 Montoya was unsure why the views on teammate strategy have evolved over the years. But the Columbian believes opinions differ depending on which camp is expressing its views

"I don’t know, it’s pretty crazy," he added. "Honestly, I think if you were supporting Max you would think what ‘Checo’ did was sensational because it helped him.

"But if you were supporting Lewis or you were neutral, you would wonder why he got involved."

The seven-time Grand Prix winner believes Verstappen wasn't holding back during his wheel-to-wheel tussles with Hamilton, knowing that a crash would had him the world title thanks to his extra win in the championship.

"You're trying to race, but racing in a way where you really want to get in the way, and Lewis knows if he goes for it they would crash and call it a racing incident and they (Red Bull) were counting on that," he said.

"Red Bull played all the cards to get it (the title) and in the end they did – luck was on their side. Whether they made the right decisions or not is up to the FIA to analyse."

Ecclestone: I don't think Hamilton is coming back!